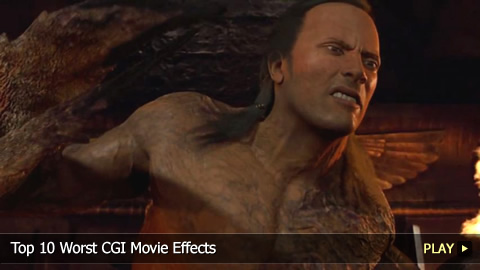 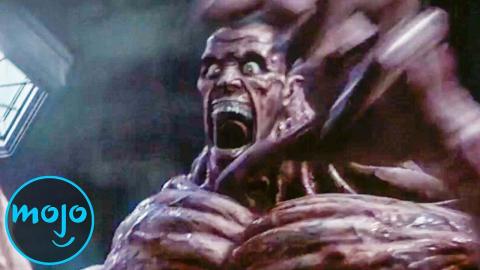 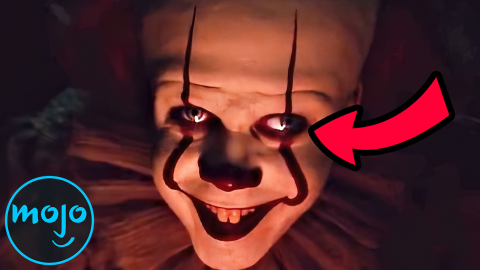 Top 10 Things We Thought Were CGI But Weren't 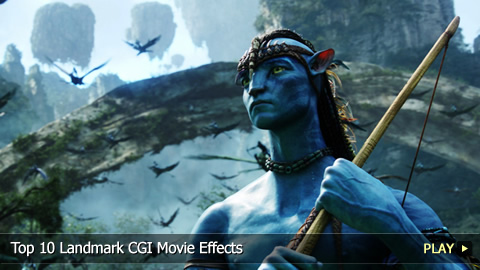 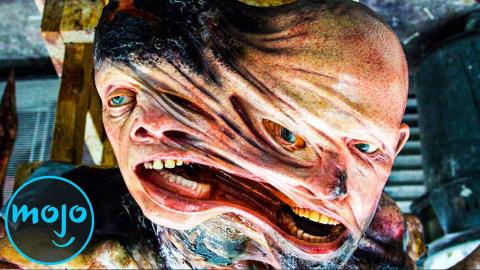 Top 10 Worst CGI Effects of the Century (So Far) 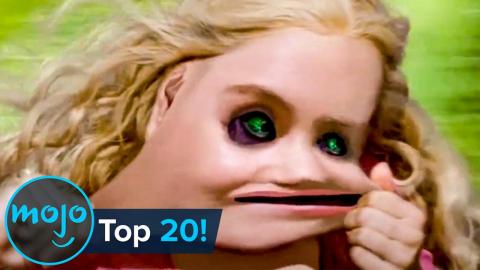 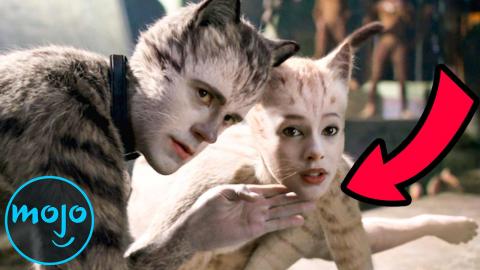 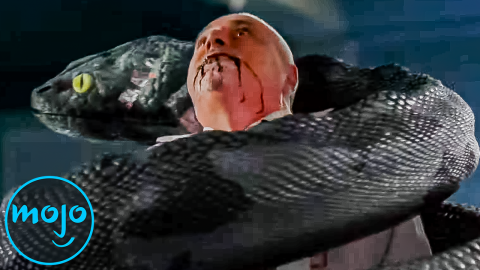 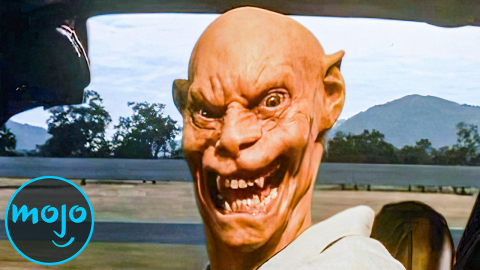 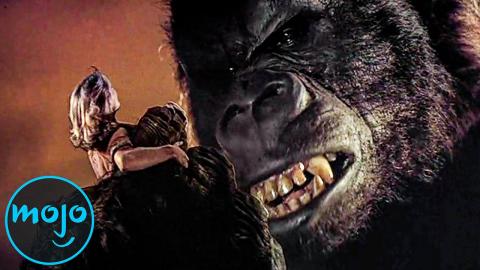 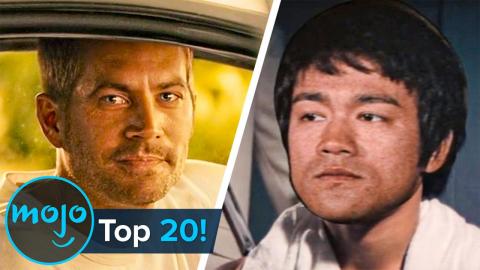 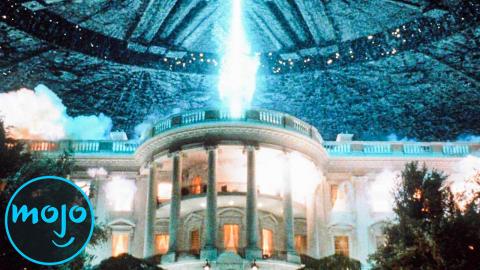 VOICE OVER: Dan
The acting and plot can be great, but if the effects don't measure up, then we're taken out of the reality of what we're seeing. Back in the day, puppets and other real practical effects gave films an authenticity. Today, it's easy for things to come off as cheap and superimposed. Join http://www.WatchMojo.com and today we'll be counting down the top 10 worst CGI movie effects. Just to be clear, we're singling out the CGI from films with respectable or massive budgets that shouldn't have settled for second rate and unfinished looking effects.
Transcript ∧


Nothing takes you out of the moment like a bad special effect. Welcome to WatchMojo.com and today we’ll be counting down the top 10 worst CGI movie effects.

Just to be clear, we’re singling out the CGI from films with respectable or massive budgets that shouldn’t have settled for second rate and unfinished looking effects.


Kicking off our list is the film trilogy that is otherwise recognized for revolutionizing visual effects. However, it stumbled when it sought to have Neo square off against countless Agent Smiths in a CGI extravaganza. Unfortunately, despite a strong start, the quality dips as the fight drags on, making everything look more and more like its made of plastic. It’s as if the effects department lost interest in realism, or simply ran out of time…


There’s nothing like a good old fashion 150 million dollar Hollywood tent pole film starring Will Smith. Unfortunately, the bald vampire-like creatures with gaping mouths aren’t very convincing, and in turn not very scary. It’s hard to get too involved when everything looks far too digital and removed from the actors, or rather, actor. The dark seekers were basically just zombies, couldn’t you have gotten a few actors to do that?


In this horror sequel, a young boy becomes sought after by Samara, the creepy girl from the tape. This results in a number of odd and deadly occurrences, including this deer attack! Ultimately, this scene may have been scarier A) it made any sense and B) if the deer looked convincingly real. Though the filmmakers attempted to get the nuances of the animals down, it’s all for nothing as the beasts look superimposed.

Every use of CGI is actually more of an offense than usual in this film, as the series endeared itself for its incredible and sometimes nightmare inducing practical effects. Here, CGI is used as early as the very first shot, foreshadowing a film full of unconvincingly animated effects. Seriously, you get Harrison Ford but you can’t find a real goffer? Then again, perhaps the script is to blame, since it apparently called for Shia LeBeouf to swing like Tarzan through the jungle with an entourage of animated monkeys.


From Peter Jackson, the man behind “The Lord of the Rings” comes this remake of the big ape epic. This meant having an ill fated film crew set foot on Skull Island, only to get caught in the middle of a Dino stampede. The longer this scene drags on, the more and more its becomes clear that its just actors running in front of a green screen. Less believable still is the fact that Jack Black manages to keep pace…


This is the Bond film that finally jumped the shark and caused the series to go full on reboot! A major factor in this was the attempt to take the action to ridiculous new extremes. Namely, Pierce Brosnan tries to outrun an outer space heat beam before surfing on a tidal wave! From the laughable green screen to his CGI constructed body making unrealistic movements, it’s easy to see why CGI ice helped chill enthusiasm for more 007.


This sci-fi action flick takes place in the year 2078, meaning that expectations for cool effects were high from the start. Unfortunately, it’s packed with flat and lifeless effects that look several renderings away from being passable. The worst offender is the laughably bad chase sequence centered on Milla Jovovich riding a motorbike. Nothing in the scene looks remotely real or dare I say it, cool. Graphics like this aren’t even fit for a second tier videogame.


Talk about starting a film on a low! As this film opens, an undercover cop is conducting a sting by posing as the date of a murder suspect. When her cover is blown, the cop accidentally shoots the criminal in the leg while he’s behind the wheel. While other films are happy enough to destroy countless cars, this one refused to extend the same enthusiasm to a single vehicle! Now I’m no physicist but…


In this ill-fated spinoff, the success of the film was banked on Halle Berry’s sex appeal triumphing over story or dialog. Unsurprisingly, they took the easy path and animated her almost entirely with the computer. Instead of animating in detail, their unconvincing effects banked on removing all real life texture from the actress herself by covering her in makeup. That coupled with uncanny movements made the lackluster cityscape animation look good in comparison.


Taking the top spot on our list is the effect that transformed Dwayne ‘The Rock’ Johnson into the Scorpion King. It’s strange to imagine that this was his breakout role, but his might somehow persevered through the laughably bad effect that transformed him into a half-man half-scorpion hybrid. This effect suffers from the decision to not merge the Rock’s real face with the effect, and instead made him a fully animated creature straight out of a PlayStation 2 era game.

Agree with our list? Which CGI effect left a bad taste in your eyes? For more entertaining top 10s, be sure to subscribe to WatchMojo.com.
Comments ∧

Send
Billy the MLG quicks
“This is just some anti CGI propaganda.”