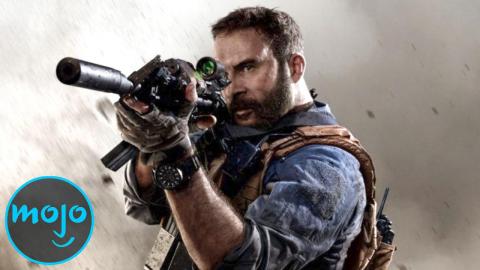 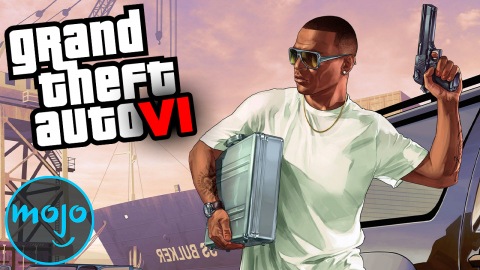 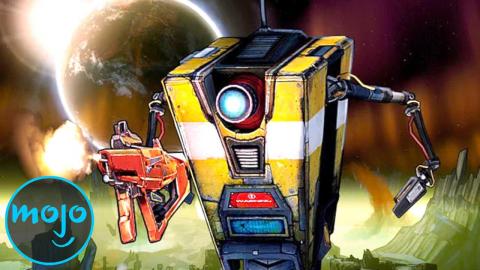 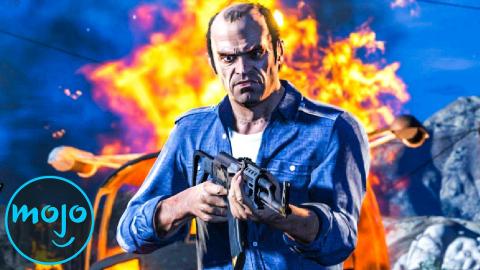 Top 10 Video Game Heroes Who Never Should Have Won 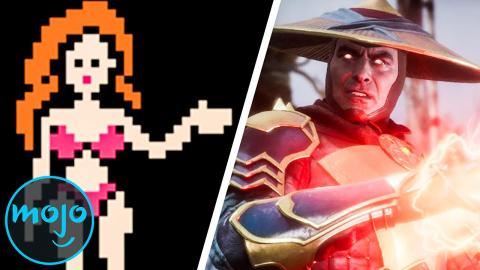 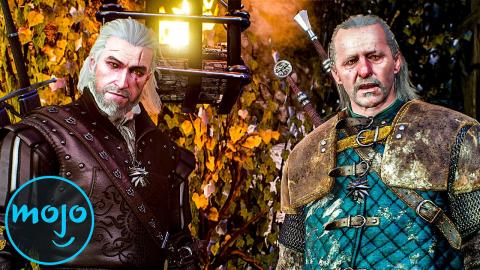 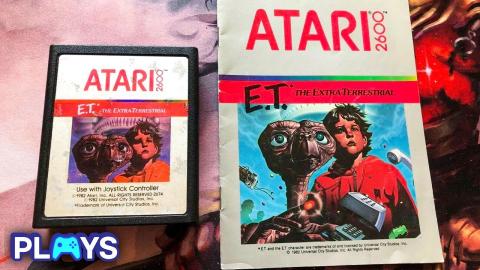 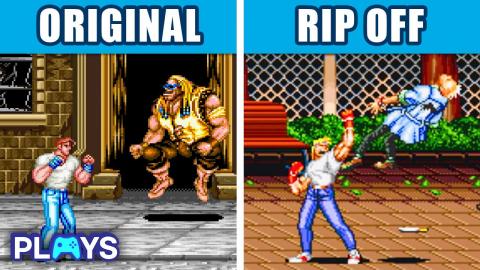 10 Rip Off Games Better Than The Original 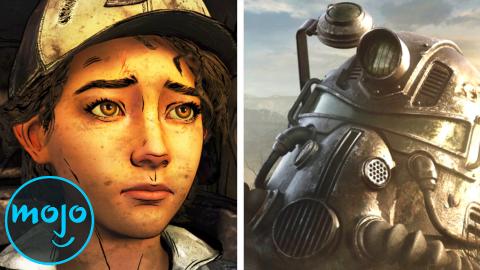 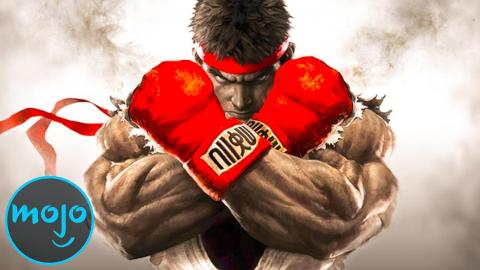 Top Ten Most Milked Video Game Franchises of All Time 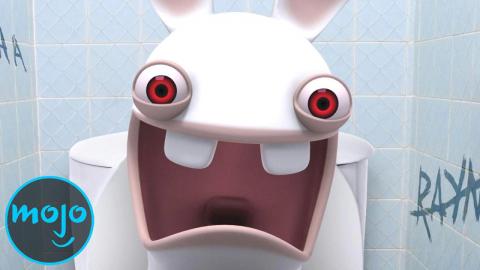 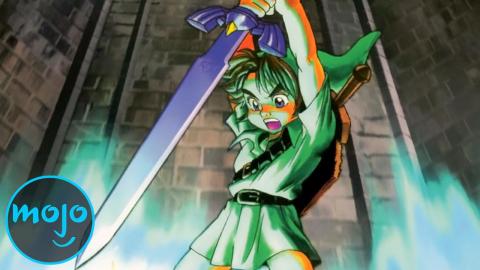 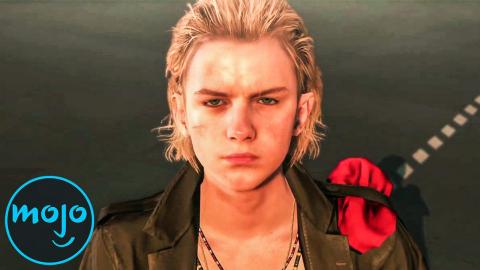 VOICE OVER: Riccardo Tucci WRITTEN BY: Caitlin Johnson
Most video game companies like to keep their projects under wraps, but every once in a while there's a BIG leak. For this list we'll be looking at some of the biggest leaks in the video game industry. While some were accidental and others on purpose, these stories definitely caused a stir.

Some people just can’t keep a secret. Welcome to WatchMojo and today we’ll be counting down our picks for the top 10 biggest video game leaks.

For this list, we’re looking at the biggest gaming leaks in history, be they on purpose or accidental


In Spring of 2011, Kotaku acquired and then leaked a huge amount of information about “Modern Warfare 3” a whole 6 months before its release. Some anonymous sources, presumably from inside Activision and the development studios, were responsible. They had story details, map details, information about which characters would and wouldn’t be in the game, as well as new multiplayer modes. They had a full list of where every campaign mission would take place and even knew who was going to die. Kotaku later said it was one of the biggest leaks they’d ever seen, forcing Activision to start a huge marketing campaign to try and save the game.’


The anticipated conclusion to the “Mass Effect” original trilogy had quite a few leaks to deal with before its release, when an unfinished beta was mistakenly uploaded to Xbox Live. Fans were sceptical about some aspects of the early design, like its three game modes emphasizing story, combat, or both equally, but rather than stick to their guns BioWare actually took feedback on board. “Mass Effect 3” was probably all the better for being leaked ahead of time. Unfortunately, the game’s story and poorly-received ending were also revealed, and the studio didn’t take action to change these.


Just says before E3 2019, a wealth of details about the third “Watch Dogs” game made their way online, for all of them to be confirmed by Ubisoft’s official social media accounts and their press conference just days later. “Legion” is reportedly set in a post-Brexit, tumultuous version of London, and will focus even more heavily on hacking and drones than previous entries have. Most interesting, though, is the ability for players to control any NPC. We can’t currently see how well this will work since the game isn’t releasing until early 2020, but it’s certainly intriguing.


Nintendo is notoriously protective over the “Smash Bros.” rosters, and this 2014 leak was no exception. Anonymous posts on 4chan distributed a handful of leaked screenshots, some revealing characters who had yet to be announced. The leaks were further verified by YouTube videos also detailing new characters, including Bowser Jr. and Shulk, and some returning characters we didn’t know about, like Ness and Doctor Mario. Nintendo shut down the leaks as quickly as possible, and nobody knows who was responsible. There are theories that it was someone at ESRB, but this is unlikely because ESRB doesn’t receive the games they rate.


A CD Projekt Red employee’s Google Drive was accidentally made public, and though it wasn’t available for too long, it was long enough for nosy hackers to sift through the files and find everything in them worth spoiling – which was a lot. A wealth of character and story information, including a vast bestiary with additional monsters that didn’t make the final cut, was revealed. Even the ending was spoiled, as well as numerous missions and a selection of concept art. The studio didn’t take action on this and didn’t change late game details, instead just asking fans to avoid the files if they didn’t want spoilers.


The direct sequel to the acclaimed “Fallout 3”, people took any information they could get about “Fallout 4.” And thanks to a big leak in 2013, They got a lot. “Fallout 4” hadn’t even been announced by the time some documents were sent to Kotaku’s Jason Schreier. These documents were largely scripts used for casting calls, but they did reveal things we now know to be very true: that the game would be set in Boston and would feature synths in a big way. Preston Garvey’s character was revealed by the scripts as well, as were the details of the opening monologue and the cryo chambers.


Right before E3 2018, a very suspicious list of titles was spotted on Walmart Canada’s website by Twitter user Wario64. Walmart responded saying that they didn’t know for sure which games would and wouldn’t be announced at E3 that year and blamed a technical glitch, but it turned out that many of the listings were correct. Chief among them was “Rage 2”, mostly because the “@Rage” Twitter account poked fun at the listing while inadvertently confirming the sequel’s existence. At least they got to joke about it at E3 2018. Other predictions included a new “Assassin’s Creed”, though they do one of those every year, and more interestingly “Borderlands 3”, which wasn’t even announced until spring of 2019.


Sledgehammer almost made it to “Advanced Warfare’s” release without a big leak, but this wasn’t meant to be. Only a week before it hit shelves, footage of an early copy of the final game was broadcast on Twitch for all to see. It was quickly shut down by Activision, though players still got a good look at lots of new multiplayer features like the DNA Bomb. The copy was allegedly stolen, and Sledgehammer executive Glen Schofield took to Twitter to express his upset, saying it was “a real bummer” that somebody would steal and leak the game after the team had worked so hard on it.


A 2GB .rar file found itself posted online in 2006, lifted straight from Ubisoft and betraying a myriad of details about games that hadn’t even been announced. While the info about a new “Prince of Persia” game didn’t surprise anybody, the bigger news was “Far Cry 2” and the fifth “Splinter Cell” game, which hadn’t been named at this point. While it was quickly removed and lawyers were enlisted to stop details being passed around forums, the leak seemed to be an accidental one on the part of Ubisoft themselves, and not the fault of malicious hackers.


Originally intended for a late-2003 release and even brought out at E3 that summer, “Half-Life 2” didn’t reach consumers until the very end of 2004. With no news from Valve about delay details, the radio silence over “Half-Life 2” got too much for some people to bear. More than a year before it released, German hacker Axel Gembe hacked into the company and found the game’s source code. But Gembe ended up feeling so guilty about the source code getting online, he sent an email confessing to Valve’s Gabe Newell and asking for a job. He found himself arrested instead, but was only sentenced to two years’ probation.
Comments ∧