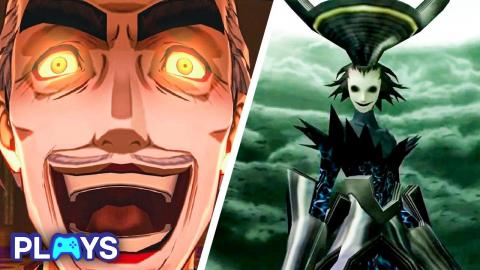 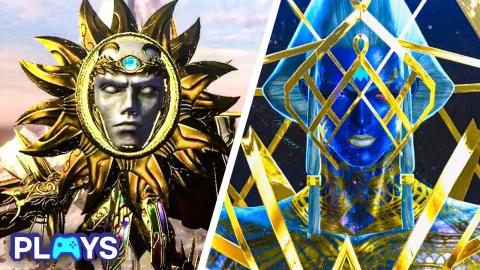 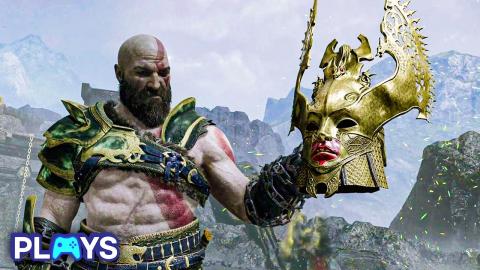 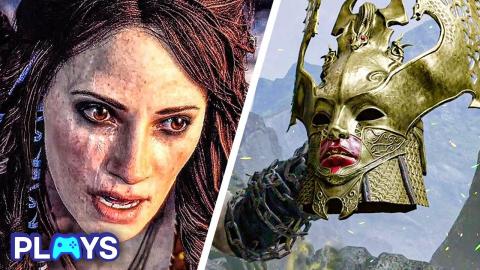 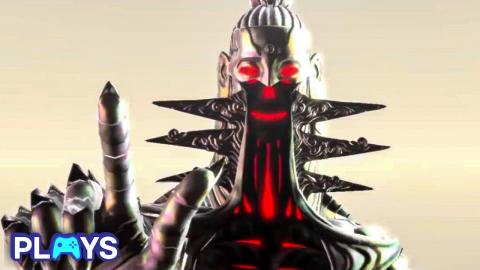 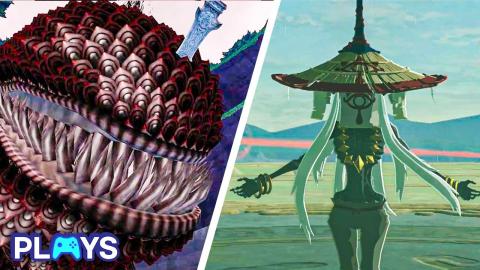 The Hardest Boss Fight From Every Zelda Game 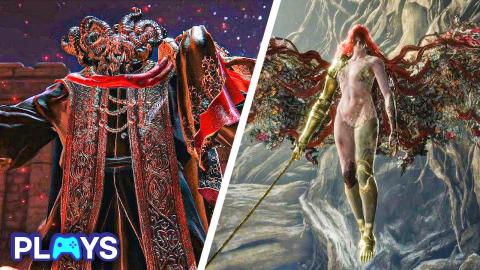 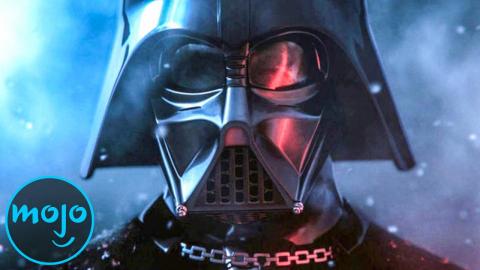 Top 10 Video Game Bosses Who Kill You No Matter What 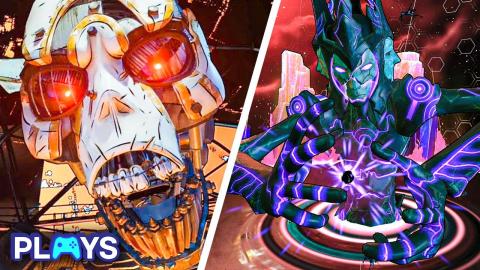 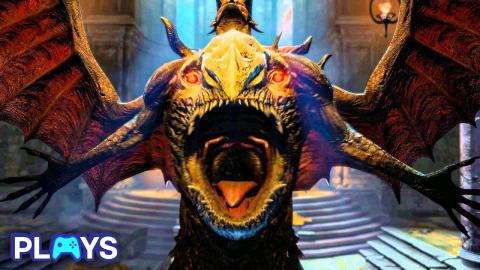 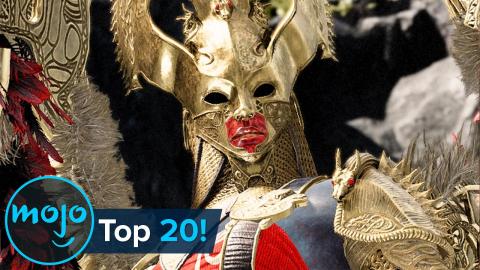 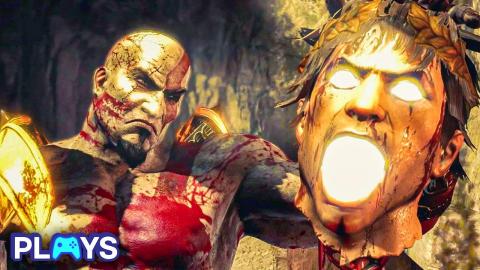 VOICE OVER: Ty Richardson WRITTEN BY: Garrett Alden
We perfected the art of rage-quitting thanks to these video games bosses. For this list, we'll be looking at the toughest boss fights from the Nintendo 64 era. Our countdown includes Ganon, Wizpig, Mizar, and more!
Transcript ∧


Welcome to WatchMojo and today we’ll be counting down our picks for the Top 10 hardest bosses in N64 games.

For this list, we’ll be looking at the toughest boss fights from the Nintendo 64 era.

If there’s an N64 boss that gave you trouble whose absence from our list troubles you, let us know in the comments!

Depending on which route you take in the game, this floating giant ape head can either be a pushover, or incredibly difficult. The harder route sees you face Andross after an already difficult mini boss battle with little chance to recover. Then, after blasting the big giant head to smithereens, you’re faced with his brain. In this form, Andross can teleport around the arena, extend his eyes to knock into you, and woe to anyone who gets close enough to it – since it’ll tear your wings off! You can’t even relax after defeating him – since you need to escape his base before it blows up! What a sore loser!

Conker the squirrel encounters several colorful villains during his escapades, but one of the most persistent thorns, or stingers, in his side are a group of wasps. After stealing a bee’s hive, again, Conker goes to get it back. To do so, he needs to use the hive’s machine guns (yes, really) to fight off wave after wave of buzzing wasps. Their flight patterns can be erratic and there’s no way to replenish your health during the fight. While practice can take the “sting” out of this boss’ difficulty, it’s still tough enough that it’ll leave your head and/or eyes spinning.

Ganondorf is the king of evil and the main antagonist of “The Legend of Zelda” series. His first, human form is fairly challenging, since you have to reflect his magic back at him and deal with gradually disappearing platforms. But once the castle collapses, he emerges, transforming into Ganon. This monstrous form knocks away the Master Sword, forcing you to rely on other weapons to injure him. Figuring out which ones can be tricky without help, and even then, you need to maneuver around the terrifying creature. Of course, if you got the Biggoron’s Sword, it’s a cinch! Not everyone does that sidequest though.

Everyone’s friendly neighborhood wallcrawler faces a bevy of foes in this game, but Carnage is the most challenging. The fusion of a serial killer and a killer alien symbiote, Carnage is terrifying enough in concept, but his boss fight is pretty dang scary too! Carnage is borderline immune to damage and hits like a truck. The only reliable way to defeat him quickly is to knock him into a sonic bubble in the room’s center. Of course, it can hurt you too, which can make it hard to stay safe when you also have to avoid Carnage!

King K. Rool is notable for having challenging boss fights, and his bout against the Kong family in their first 3D outing is no exception. You must step into the ring against the kunning Kremling king and battle him with all five of the Kong characters you control. That in itself would be pretty difficult, but add in the fact that you have a time limit to complete each round and dying in any round or retrying too many times means starting all over – and then you have a boss we dread! Still, that does make his final defeat very satisfying!

“Zelda” protagonist Link is sometimes his own worst enemy – literally. Dark Link is a shadowy version of the hero who appears mysteriously in the Water Temple, adding to its already formidable reputation. While technically a mini-boss, Dark Link is still as hard as any big boss. The dark doppelganger will mimic most of your sword moves, which makes it difficult to strike him and he has just as much health as you do! He’ll also disappear into the floor every time you hit him, which makes follow-up strikes impossible. The best strategy is to use weapons other than your sword, or else to use horizontal cuts, since those hit more often.

Gruntilda the witch is the nemesis of Banjo the bear and Kazooie the bird. The undead villain’s final battle with the duo is one of the most unique and difficult battles out there. She battles you in her tank, the Hag 1. In addition to firing magic and missiles at you, she also quizzes you with various trivia questions which you need to answer in 5 seconds. Answer right, she’ll use slower attacks. Answer wrong – they go faster! Depending on your knowledge of the game, your last match with ol’ Grunty can be either difficult or extra difficult! Even those who know the game like the back of their hands still need to stay nimble and hit her with special egg projectiles.

The big alien boss of all the bugs the protagonists battle during this game, Mizar, is just plain brutal! Not only does he have a ton of attacks, but you also don’t get any health or ammo refills during the battle. If you run out of ammo or take too much damage, then you’re not beating Mizar! For the first phase, you can only damage him when his back is turned – and homing rockets are your best friends! So, learn his patterns and you should be able to dodge most of his attacks. Except that electric one - it’s almost impossible to dodge. Once he stops flying, you can finally damage his face and squash this bug!

The terrifying eldritch abomination in the form of a mask that gives this “Zelda” title its name, Majora is as difficult as it is spooky! All three of its forms are a pain to deal with. Majora’s Mask will fly around, which makes hitting it with arrows rather tricky. Majora’s Incarnation is practically a blur; it's so fast! And Majora’s Wrath uses powerful whips that keep you at bay. Of course, if you’ve gotten every mask in the game, you can use the Fierce Deity’s Mask to absolutely wreck Majora with long range sword blasts and close-up attacks! It makes it significantly easier, but it sure is satisfying!

Before we get to our final pick, here are a few honorable mentions:

This villainous porker’s opening line may seem like a boast, but as anyone who has raced him will tell you – it isn’t! You can’t beat him! Or at least we couldn’t…on the first try….or the 20th! The menacing magical pig is faster than his thundering footsteps suggest, and staying ahead of him is almost impossible! To win your first race with Wizpig, you must hit every single boost on the course. And in order to reach maximum speed, you’ll need to hit every zipper with the special green boost. One missed zipper could mean a complete loss! At least his theme is badass…even if it does haunt our nightmares…
Comments ∧