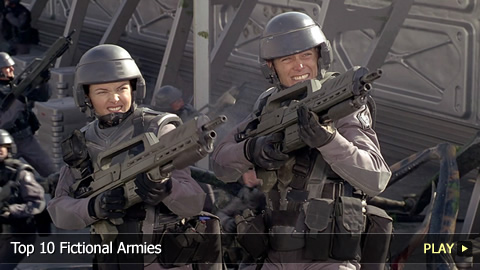 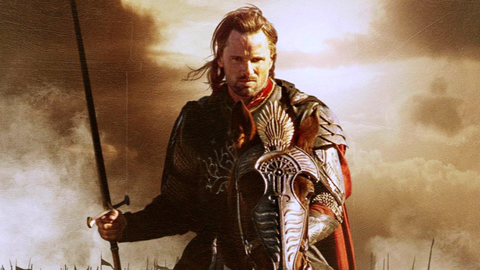 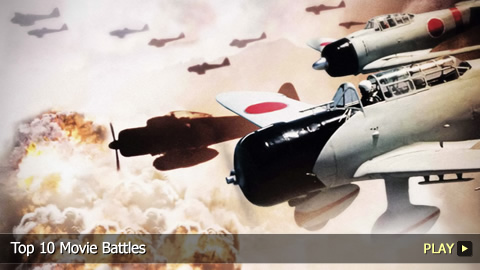 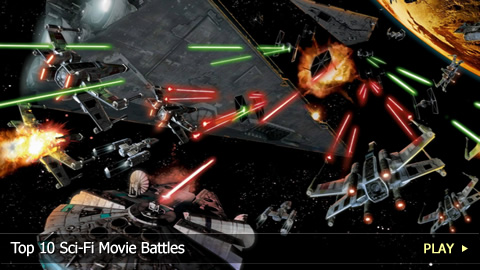 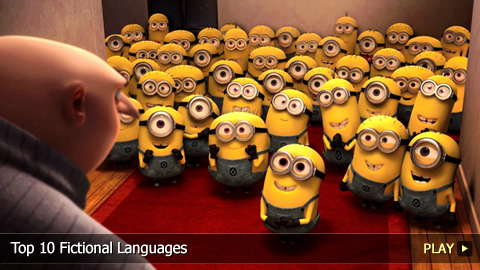 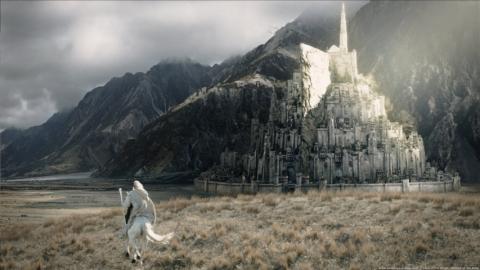 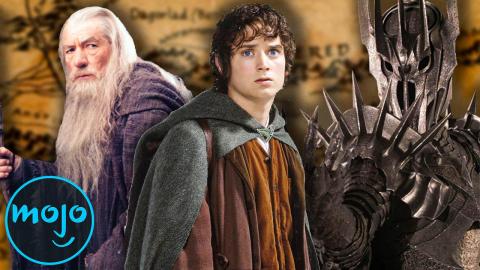 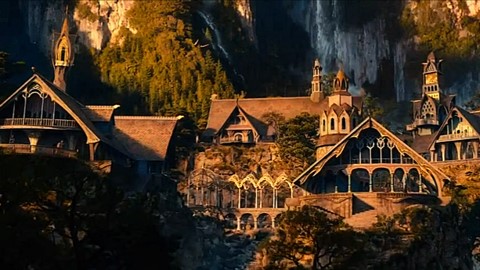 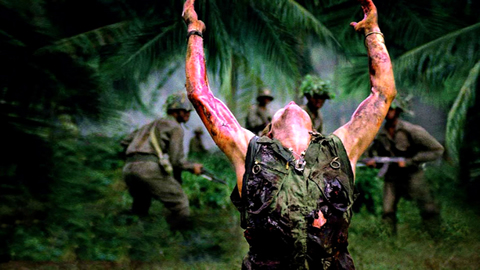 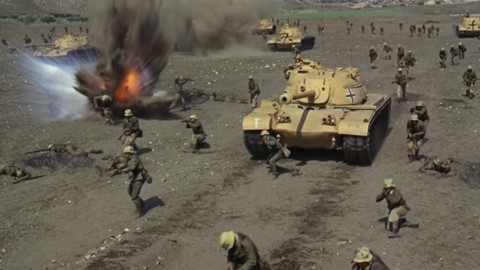 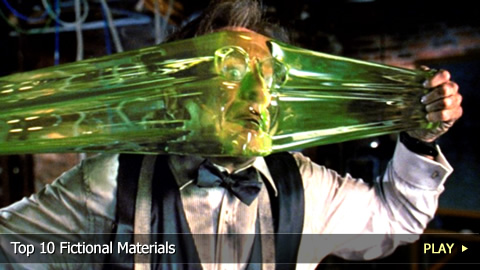 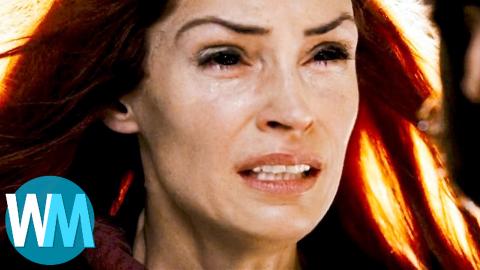 Top 10 Movies That Didn't Live Up to the Hype 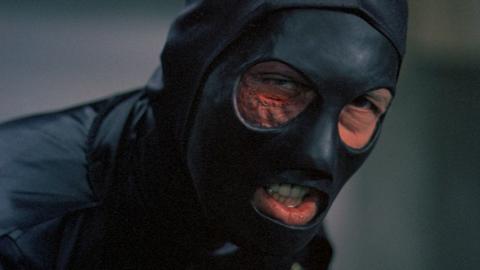 VOICE OVER: Dan Paradis
These are the largest and most powerful armies that don't actually exist! They range from fantasy's endless orc forces of Mordor, to science fiction's equally massive evil Empire. Just to be clear, we're listing armies both good and bad and allowing for multiple armies in the same entry for franchises that feature them. At the same time we're excluding all armies based on real life forces, such as William Wallace's men in Braveheart. Join http://www.WatchMojo.com as we count down our picks for the top 10 fictional armies from television and film.

Special thanks to "Wyatt Millah", "SlashinatorZ" and "Batuhan Kilinc" for submitting the idea for this video at our WatchMojo.comsuggest page!
Transcript ∧


They wage war like never before. Welcome to WatchMojo.com and today we’ll be counting down our picks for the top 10 fictional armies from television and film.

Just to be clear, we’re listing armies both good and bad and allowing for multiple armies in the same entry for franchises that feature them. At the same time we’re excluding all armies based on real life forces, such as William Wallace's men in Braveheart.

#10: The Locusts "Independence Day" (1996)
Kicking off our list is this army of alien invaders who coordinate a massive simultaneous global strike against the humans of Earth so they can take the planet’s resources. Descending in mother ships, these creatures often target worlds that are technologically inferior to their own, using lasers and force fields. This invading alien is best known for its hatred of icon monuments and landmarks the White House.


What’s not to like about wizards, both good and bad battling for the fate of the world, both theirs and ours. Voldemor and his army of Death Eaters, wizards practicing the black arts, do battle againt Dumbledore's Army of good wizards, which spawns the Order of the Phoenix. While they fought throughout the series, it was the franchise’s climax that showcased an all out war at Hogwarts.


Various animated series and films have demonstrates that the world only really has two armies that matter. The Joe’s are an international fighting force with unlimited funding and a cast of interesting characters. On the other side is terrorist organization Cobra, led by Cobra Commander, who use advanced technology to achieve world domination! Both armies fight head on in battlefield engagements, and each sport a memorable motto!


With so many factions it’s hard to single out any one army. Starfleet itself isn’t considered in it’s own eyes as anything other than an organization of explorers and peacekeepers. Regardless, they pack a massive punch and are charged with defending Earth, which comes under more than a few attacks. Their archenemy, at least originally, is the Klingon Empire, a ruthless race of Spartan-esque space barbarians.


When a military computer becomes self-aware and instantly decides to wipe out humanity, it launches a war in a nuclear aftermath. This gave rise to an army of hunter killer machines both air based and vehicular, and an army of ever advancing humanoid terminators. The ragtag resistance battles under the leadership of John Connor, using stealth and secretive guerilla tactics. Both sides attempt even attempt to end the war before it can begin using time travel.


This military organization are the fictional successor to the present day marine corps and are troops who are assigned to tackle danger on distant planets at a moments notice. The galaxy’s ultimate badasses, they go to LV-426 to investigate the fate of a colony-gone dark using state of the art military weaponry, only to take on the acid-bleeding Xenomorphs.


When Earth is attacked by strikes emanating from the insectoid aliens on the Arachnid homeworld, this fleet is dispatched as exterminators. While the novels had the troops wearing power suits, the films instead dropped in a massive army of conventional troops with conventional weapons. Sure a ground game without heavy artillery or vehicles was crazy, it sure is memorable. but maybe you shoulda just nuked the planets instead… at least they have co-ed showers!


How could these sentient machines from Cybertron not make the shortlist? They are an entire species of machines based completely on two distinct factions fighting a war that lasts million of years. From decimating their home world to taking the battle to Earth, their conflict is waged with countless caught in the crossfire. The Autobots defend sentient life while their foes fight for conquest.


While the forces of middle Earth prove strong, comprising of Elves, dwarves and even eventually even the undead, it’s their foes that truly steal the show. An endless army in service of Sauron and Saruman, they are made up of creatures ranging from Orcs and Uruk-hai, evil men and a even a large number of beasts. You seriously don’t want this army knocking on your castle door.


Was there any doubt? Taking the top spot are the armed forces of the evil Empire. Made up of Storm troopers, they ensure total domination by the emperor and use a massive fleet of ships and ground vehicles to squash resistance. Interestingly, the influence for their creation was Nazi Germany, so you know they’re just all bad. Not only packing planet destroying firepower, they have one heck of a orchestral theme, now that’s badass.

Agree with our list? Which fictional movie army would you fight for? For more explosive top 10s published daily, be sure to subscribe to WatchMojo.com.
WatchMojo.com.
Comments ∧

report
“the grand army of the republic?”

report
Rick4016
“Support the military community by joining us in our volunteering activities, find more information about it @ www.chatmilitary.net”

report
Jonwayne Stricker
“The number one Amry of all time and space are the Daleks. Anyone who does not see this never seen the Daleks. ”