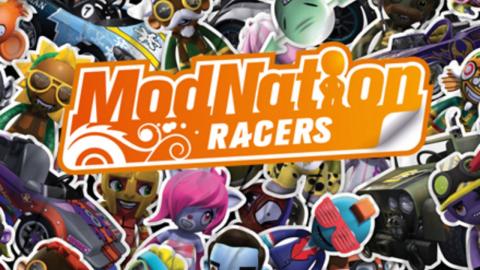 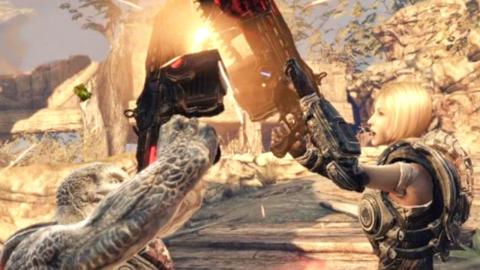 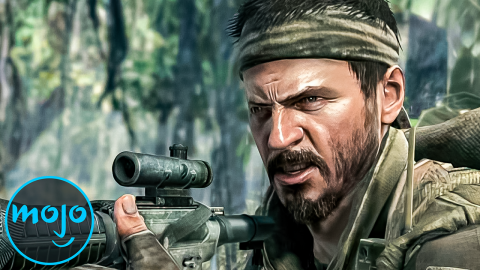 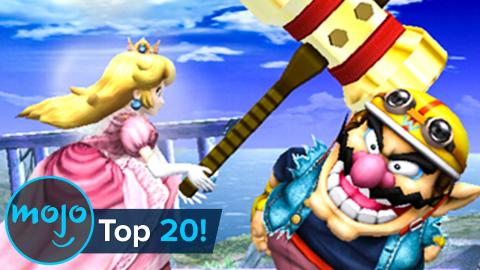 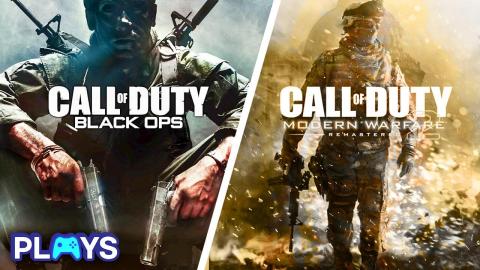 Every Call of Duty Game Ranked 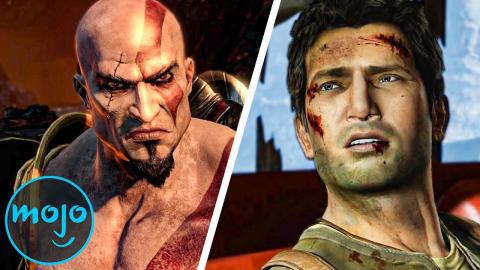 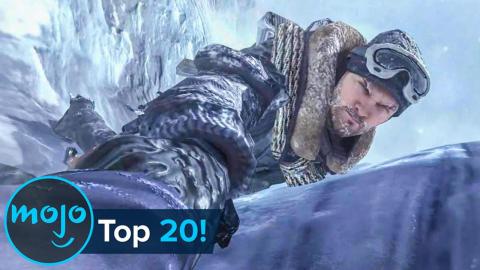 Top 20 Best Call of Duty Missions of All Time 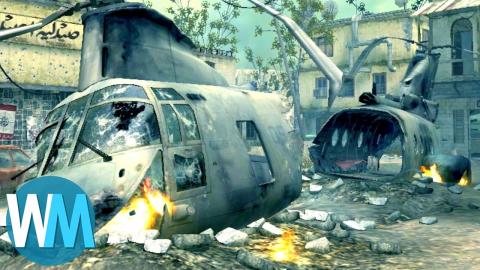 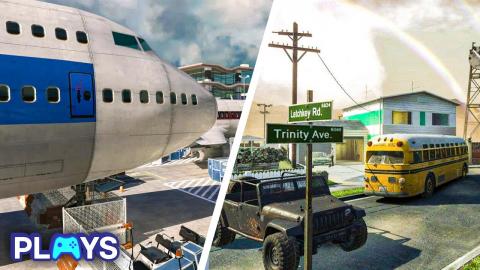 The Best Map From Every Call of Duty Game 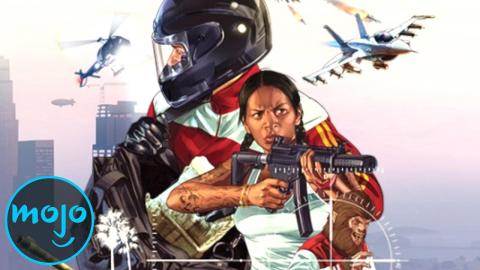 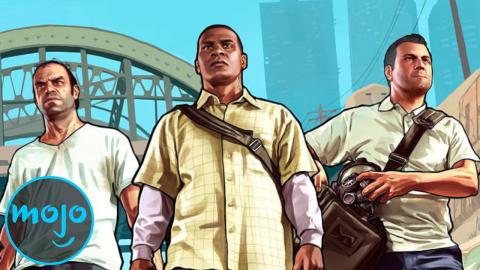 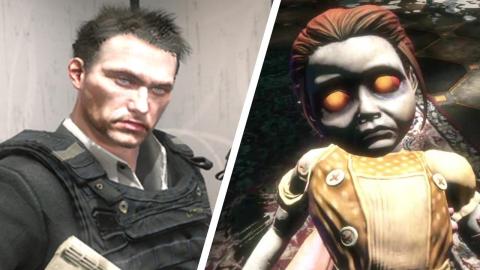 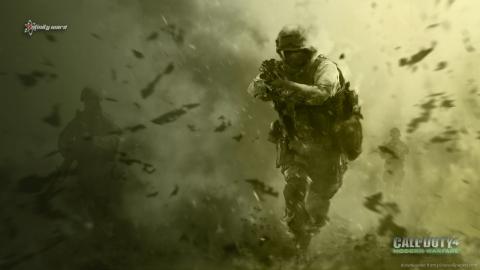 It only does everything, including free and awesome online gameplay! Join http://www.WatchMojo.com as we countdown our picks for the Top 10 PlayStation 3 Multiplayer Games.

For this list, we've taken a look at all of the best titles with a rendition for Sony's seventh gen console and have selected those which were so much fun to play with others.

Special Thanks to our user "Martin Tollberg" for suggesting this topic on our website WatchMojo.comsuggest
Transcript ∧


It only does everything, including free and awesome online gameplay! Welcome to WatchMojo.com and today we’ll be counting down our picks for the top PlayStation 3 Multiplayer Games.

For this list, we’ve taken a look at all of the best titles with a rendition for Sony’s seventh gen console and have selected those which were so much fun to play with others.


A legendarily difficult game, ‘Dark Souls’ fuses the multiplayer and single player into one experience. Players can see the actions of other players live in the form of ghosts, and blood stains scattered throughout the world show the player where and how other players died. The real meat of the multiplayer however lies in invasions, where other players can invade your world as hostile spirits. You think you were having a bad day before? Try fighting your way through a difficult area while another player is stalking you. But don’t worry, coop play allows you to summon friendly players into your world anywhere at any time, something especially useful to cheese those particularly difficult boss battles.


While many may consider “The Last of Us” to be Naughty Dog’s modern crowned jewel, its multiplayer served more as a supplement to its narrative-focused spirit, something which can’t be said for the Uncharted series. Although its multiplayerfeatured standard competitive modes found in other shooters, Among Thieves’ key elements of smaller teams, acrobatic maneuvers, and strategy-based environments made its online gameplay a genuinely personal and collaborative experience. Further applauded was its equally teamwork-driven survival mode, which allowed up to three players to tackle an unexpected collection of difficult challenges that proved to be strenuous even for experienced gamers.


Created in-part as PlayStation’s response to Nintendo’s “Mario-Kart” series, this title became quite the unexpected game-changer for racing games with its heavy emphasis on customization. Although its goofy aesthetics was thought to be too similar to preceding kart racers, “ModNation” went many additional miles to stand out against its rivals. The major distinction was its vast array of commended and easy-to-use creation tools, which kept players busy for hours via character, kart, and racetrack designing. Aggressively fun and creative, ModNation proved to be one imaginative and colorful racer’s paradise unlike any other.


When it comes to action-driven, violent, and controversy-spurring titles, only Rockstar can deliver such a well-crafted game with all of the above, and “Grand Theft Auto V” was no exception. Crafting its multiplayer experience as a completely separate and evolving world, GTA V’s online counterpart, “Grand Theft Auto Online”, was initially panned for technical issues but ultimately celebrated for its vastness, variety, and dynamic content. With the introduction of content-producing toolsets that allowed players to create custom jobs, crews, weapons, and environments, GTA was as forceful and chaotic as ever. Treating players with even more freedom and resources, it’s no wonder the game became the fastest-selling entertainment product in history, generating over a billion dollars three days into its release.


Another title developed with a separate online unit, Killzone 2’s Warzone, presented a class-based style of multiplayer gameplay absent from the most mainstream mature shooters in its time. Featuring seven different character classes, or “badges”, each with unique abilities, players would rack-up experience points with kills and completed objectives, which then allowed them to unlock new weapons, gears, and skills for each badge. Further praised were the game’s detailed-oriented designs, fluid animations, and what many considered to be unparalleled graphics for its time. An instant success with FPS veterans for its marveling presentation and replay value,Killzone 2 garnered numerous industry honors, notably awards for best game of the year, best shooter and, of course, best multiplayer gameplay.


Here’s a multiplayer-driven fighting game that’s truly worthy of the “super” part of its title. Originally in development as a DLC to “Street Fighter IV”, Super was eventually over-saturated with enough new content that Capcom ultimately decided to publish it as a standalone expansion – although owners of the original could still update through DLC. Featuring the same combat mechanics as IV, Super was an updated rendition geared more towards competitive multiplayer, adding a polished online lobby which now featured a replay theatre and new ways to generate player points. More added features included updated stages, ten new playable characters, additional ultra moves and combos, and also new intros and endings for each character’s arcade modes.


Considered by many to be the best installment of the Call of Duty franchise, Modern Warfare was the once-in-a-lifetime gem that generated a tectonic shift for all of first-person shooting. Providing a bevy of breakthrough multiplayerinnovations, including killstreaks, battle perks, and customizable weapons, this was the ingenious COD that kept players’ hands locked to their sixaxis controllers for weeks. Bundle it all with an addictive XP system that kept gamers coming back for endless unlockables, achievements, and those hard-to-refuse prestige upgrades and you’ve got the best FPS experience in all of seventh gen gaming. Just don’t lose the lead!


If there’s one title in gaming that will officially prove it to be an art form, it’s “Journey”. Developed by Thatgamecompany, and yes, that is their actual name, this visually captivating and unique wonderwork puts players in control of robed figures that must travel across a barren desert to reach a distant mountain. Along the way, users may potentially encounter other players on the same adventure and can choose to travel together, but without any means of identifying or communicating with each other. You’ll certainly want to stay close to your new friend throughout your journey, as doing so will keep each other’s glide meter fully replenished, and you won’t learn their name until your journey is complete.


Who needs real instruments and a record deal to be in a band? Just grab a playset from these musical titles and get straight to becoming a rock star. As one of gaming’s quintessential party titles, PlayStation or not, the “Rock Band” titles are the go-to games to unleash one’s inner rock star. Whether it’s with friends at home or with other awesome pretend-musicians online, any and all of Rock Band’s seven releases is sure to keep you playing on your living room stage for days. Though we could have just easily put “Guitar Hero” on this slot, it’s Harmonix that ultimately takes the win for its better tracks, collaborations, and instrument variety. Now, start a band and rock the world!
Before we unveil our #1 pick, let’s have a look at a few honorable mentions


Dominating the leaderboard is the PlayStation-exclusive platformer that made us look at sack dolls in a new light. The end-result of a collaboration between multiple developers, LittleBigPlanet follows the adventures of little sack people and their adventures through wacky and whimsical worlds created by gamers. Designed with user-generated content in mind, LittleBigPlanet’s multiplayer allows up to four players to traverse worlds together, while also giving players access to level editor tools, which they can then with share with other players online. With a handful of amazing titles under its belt, this adorable, replayable, and child-friendly franchise undoubtedly bears thePS3’s most fun and extraordinary multiplayer experience, and so naturally, carried on over to the PS4.
Do you agree with our list? Which multiplayer experiences on the PS3 do you think are the best? For more online Top 10’s published every day, be sure to subscribe WatchMojo.com!