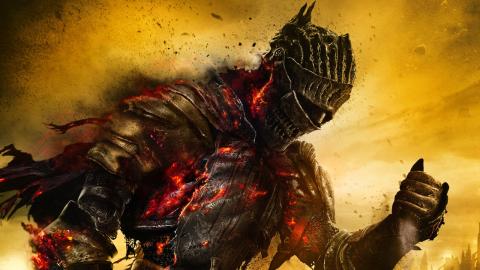 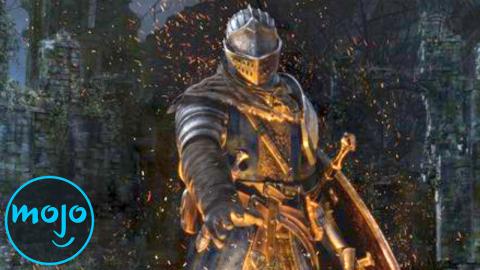 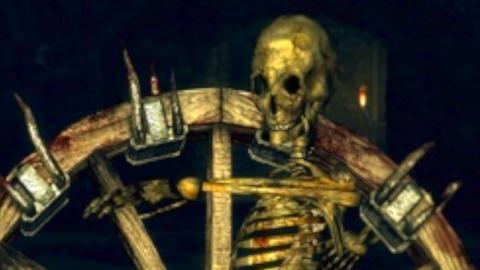 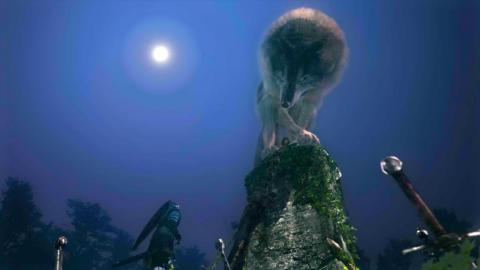 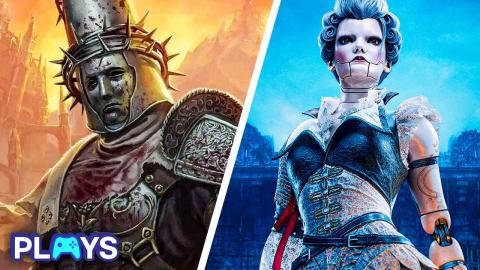 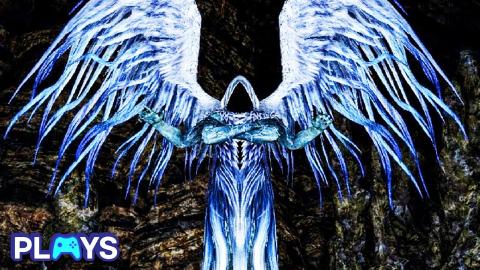 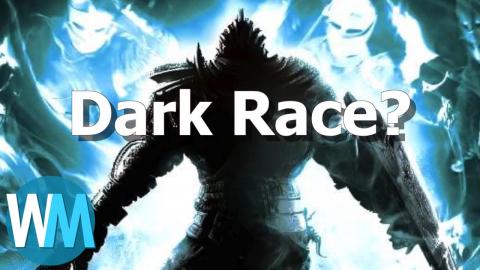 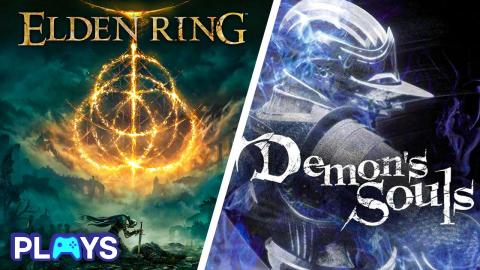 Prepare to die. ... And Die ... And Die Join http://www.WatchMojo.com as we countdown our picks for the Top 10 Tips On How To Get Started In Dark Souls.

Considering the series' notorious difficulty, many potential players are a little nervous about diving into the franchise. Never fear though, we've compiled a list of helpful advice to encourage any players having trouble to stick things out, because underneath the difficulty is a truly rewarding and unique gameplay experience.

Special Thanks to our user "roxy" for suggesting this topic on our interactive suggestion tool at WatchMojo.comsuggest
Transcript ∧

Top 10 Tips on How to Get Started in Dark Souls


Prepare to die. Welcome to WatchMojo.com and today we will be counting down our picks for the Top 10 Tips on How to Get Started in Dark Souls.

Considering the series’ notorious difficulty, many potential players are a little nervous about diving into the franchise. Never fear though, we’ve compiled a list of helpful advice to encourage any players having trouble to stick things out, because underneath the difficulty is a truly rewarding and unique gameplay experience.


That’s all it takes noobs! List is over! (Pause) Just kidding around, seriously now.


#10: Turn to The Internet and The Souls Community For Help


The souls games are structured in such a way that everything from the game’s moves, stats, and even the fundamental rules are vague and nebulous. Not only is it easy to get stuck, but figuring out the game’s deeper mechanics and secrets is designed to be a group effort. Most obviously, is the in game mechanic of reading notes left by other players, or being able to see how other players died. Still, don’t be afraid to turn to the internet for assistance, YouTube guides and fan wikis like Fextralife can really help lighten the burden. The Souls series has a large community of passionate gamers who can teach you everything from basic tips to high level strategies.

#9: Unlearn What You Know About Typical RPG’s


Did you pour hundreds of hours into Final Fantasy 7? Whatever. Plowed through the campaign of Knights of the Old Republic a dozen times over? Doesn’t matter. We aren’t undermining the quality of those games, but a Dark Souls game is a unique beast, and you can’t just rely on using stats or high level weapons to power through the tougher spots. It’s much more important for find a weapon that suits your play style, even if the stats aren’t as good as other gear you’ve come across. Leveling up is important to a degree, but the Souls series is more interested in encouraging you to try new things and practice your actual skills at playing the game.


The Souls series lets you carry as much crap around as you want, but this is a little deceptive because what you equip on your character can really slow you down. Taking a more realistic approach to item management, this franchise has inserted another layer of challenge by having the player be aware of their ‘equip load’ stat. The heavier your armour or the more weapons you are using brings up your ‘equip load’ and the slower you will run and regenerate stamina. Most notably, past a certain percentage, which varies from game to game, you will end up with the dreaded fat roll. And um… heh, good luck surviving some of the bigger enemies when you’re flopping around like fish out of water.

#7: Learn When to Target and Circle Strafe


This may seem like a no brainer, but targeting, especially before you ‘get gud’ is an especial mechanic to learn. In a game where a single missed swing can easily mean the difference between life and death, keeping line of sight on your opponent is essential. Circle strafing, especially if you are using a shield is also a great tip for success, as many enemies don’t have a big enough swing to hit you if you are constantly moving around them. For larger opponents, you might be better off manually tracking them and controlling the camera, but smaller more aggressive enemies are going to try their best to dodge your attacks and get around behind you. This is especially true in PvP.


When starting a new game, the player is greeted with the opportunity to fully customize the physical appearance and attributes of their character. The most difficult part of any RPG, besides picking you character’s name, is deciding what class you are going to spend the entire game as. While Soul’s games present you with the same decision, the class you pick really only effects the first few hours, the starting equipment being the most important factor. Every spell, weapon and armour you find can be used by any type of character, as long as you meet the stat requirements. Furthermore, there are no limits to combining elements from different classes, so throughout the entire game, you can build into anything you want.


No, not actual cheese although we won’t stop you from enjoying a bite while playing the game. ‘Cheesing’ in any video game is another way of describing a cheap move or tactic to overcome an obstacle. However, in a game that frequently fights dirty and throws curveballs, we feel its only fair to fight fire with fire. If a boss is giving you too much trouble, don’t feel bad about summoning a friend to help you beat it into the ground. Too many enemies in an area? Just find a safer path and go around them. You may not be showing off ‘‘mad skillz” but hey, the game is doing it’s absolute best to kill you as often as possible; it gets no sympathy from us.


Your stamina is tied not only into how far you can sprint, but almost every combat related action you take. Every time you swing, block, roll or cast a spell, you lose a little bit of stamina. Lose it all and you won’t be able to take an action, leaving you completely vulnerable. Mashing the attack or dodge button is a recipe for instant death, and taking a more conservative pace to combat is usually the wiser course of action. Never get overconfident either, as sometimes landing that final blow to an enemy is a lot harder than it sounds, and going in too deep is responsible for a lot of lost humanity.


The areas on display in Dark Souls are huge and have tons of little nooks and crannies everywhere. It’s not just minor things you could be missing either, as unique equipment, spells or even vendors and trainers are often very well hidden. Patience is a virtue, and sometimes backtracking before lighting the next bonfire is the best way to not miss out on key items. You will need every advantage you can get, and exploration pays off with everything from hidden checkpoints to short cuts. The Souls Series sports some of the best level design in the game industry today, and as challenging as the enemies are, finding everything is by far the series’ most daunting task.

#2: Learn The Stats and What They Do


We know that we said earlier that Dark Souls isn’t a stat-focused RPG, but that doesn’t mean they can be completely disregarded either. Knowing what all those different stats and numbers do can really help improve your experience, and give you that little extra edge you need for the more difficult encounters. There is also more to this than it sounds, as often it’s really really unclear what specific stats actually do. For example, strength increases your damage with most weapons, but not all, and has no impact on how much you can carry. The more you understand about what exactly each stat does, the more fine tuned your character will become, and the better equipped you will be to deal with all the pain waiting around every corner.


Before we reveal our top pick, here are few more helpful hints…

Play it Safe When You Have a Lot to Lose

Do NOT Kill the Merchants

You Can Rely on Your Shield

Relieve Your Stress With ‘Fashion Souls’


Get used to seeing this screen over and over again. Death in Dark Souls has consequences, but doesn’t mean it’s something you need to fear. Ironically, the sooner you accept the fact that you are going to die, A LOT, the more fun the overall experience becomes. Embrace death, laugh it off and do your best to keep a cool head because the more you fear death the more likely you are to panic. Remember that the game may hate you, but in the long run the player will come out on top. Treat each punishing and often humiliating death as a learning experience, and figure out what you can do better next time. As frustrating and demoralizing as inevitable death may be, it makes victory all the more satisfying.

Do you agree with our list? What tips would you offer to someone starting to play Dark Souls? For more insightful top 10’s published everyday, be sure to subscribe to WatchMojo.com.