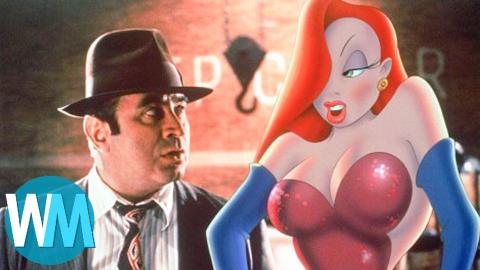 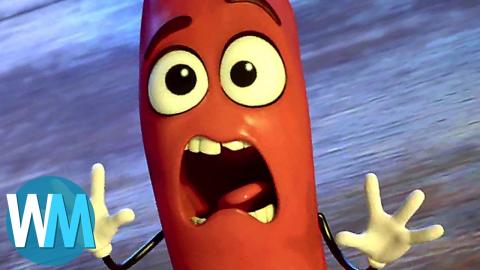 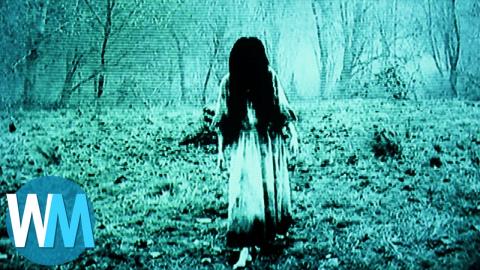 Top 10 Horror Movies That Surprisingly Are NOT R-Rated 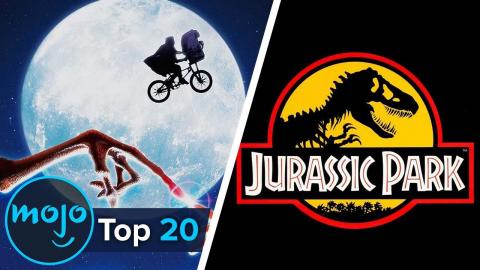 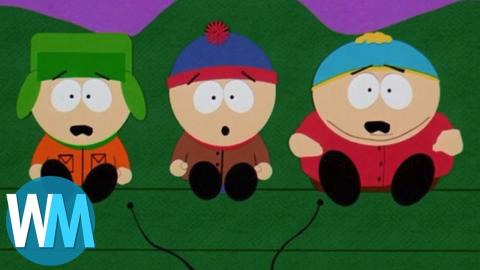 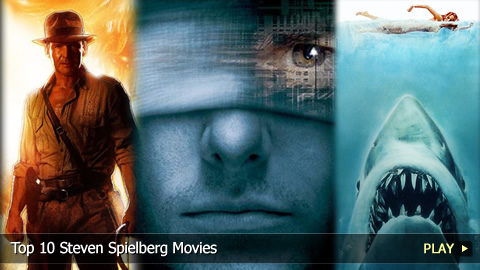 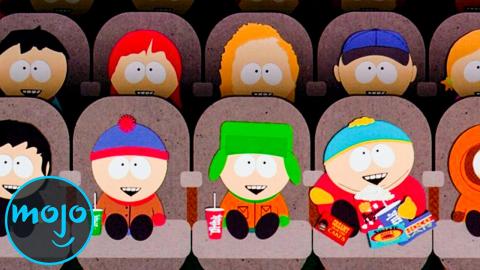 Top 10 R-Rated Movies We All Snuck Into 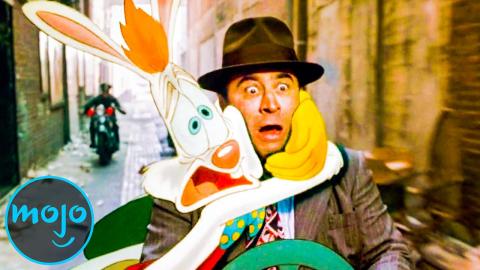 Top 10 Movies Better Than The Books They Were Based On 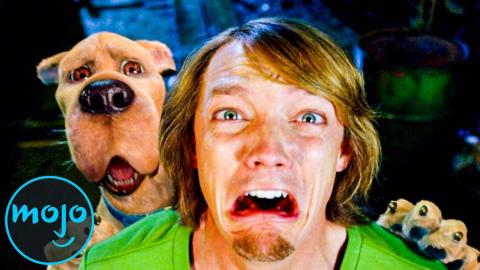 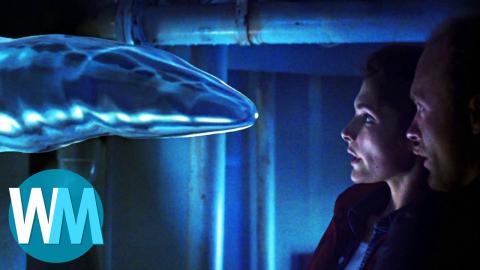 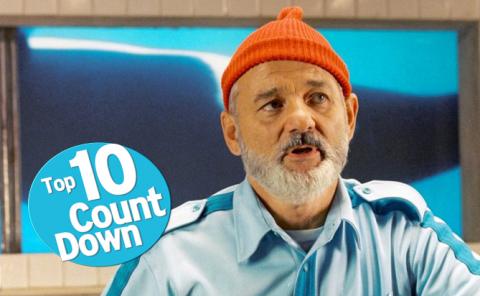 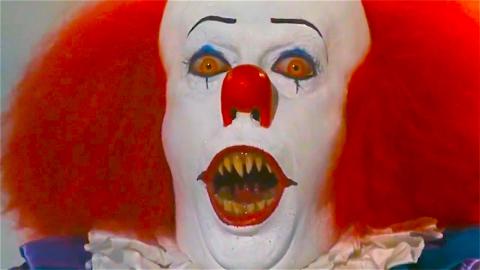 Parental guidance doesn't mean what it used to, as you can tell with these movies that are loaded with violence and sexual themes! WatchMojo presents the Top 10 Movies That Unbelievably are Rated PG! But what will take top spot on our list? Will it be Indiana Jones and the Temple of Doom, Jaws, or Poltergeist? Watch to find out!

Big thanks to Corkeryfilmz for suggesting this idea, and to see how WatchMojo users voted, check out the suggest page here: http://www.WatchMojo.comsuggest/Top+10+most+inappropriate+PG+movies
Transcript ∧

Simple Parental Guidance may not be enough, guys. Welcome to WatchMojo.com, and today we're counting down our picks for the Top 10 Movies You Won't Believe Are Rated PG.

For this list, we'll be ranking PG-rated films with questionable content; in other words, with material that could be deemed not quite appropriate for all audiences.


The 1980 film "Airplane!" is widely regarded as one of the funniest and most successful satires ever of the continually popular "disaster movie" genre. The bits are largely irreverent and played for madcap laughs at every turn. Still, the fact that "Airplane!" was released at the onset of the 1980s meant that there was still a very relaxed reaction to casual nudity, profanity and drug use, all of which make their mark somewhere during the film's narrative. Is it going to offend anyone? Probably not, but those concerned about what kids could see might want to just catch this one edited for T.V. instead.


If there's one thing that has changed big time since in the post millennium world of filmmaking, it's that we rarely see protagonists smoking. These days, cigarette use is relegated largely to villainous characters, unless the vice is otherwise an integral part of their personality. It was a bit different back here in the 1984 classic "Ghostbusters," as both Dan Aykroyd's "Ray Stantz" and Ernie Hudson's Winston Zeddemore can often be seen puffing on butts while on the job. This, combined with the film's liberal usage of profanity and iconic, creepy scares make it a film that could've only been made and rated PG during the 1980s.


The 1985 fantasy gem "Legend" may be an underrated entry from director Ridley Scott's enviable filmography, but it's highly unlikely that ANYONE has forgotten Tim Curry's epic performance in the film. The "Rocky Horror' actor is decked out in some of the most impressive make up EVER to create his character known as "Darkness," complete with red skin and humongous devil horns. Generations of eighties kids were practically scared out of their skin by Scott, Curry and their special effects team, while "Legend" on the whole possesses a rich and creepy atmosphere unlike any other fantasy film from the same era.


The "Body Snatchers" premise has been adapted cinematically from the 1955 novel a number of times over the years, but none quite as successfully as this 1978 flick. Director Philip Kaufman created a film rife with the sort of paranoia and mistrust indicative of the post-Watergate 1970s. No one can be trusted, and everyone's a suspect as scenes of horrific human cloning make use of some of the decade's best special effects. It's hard to believe that this classic thriller was rated PG, as the mood of the film would most certainly lend itself to an R-rating today, or at the very least a hard PG-13.


If you think that a film about cute, fluffy bunnies can be taken at face value, then perhaps you haven't been paying attention thus far in the list! "Watership Down" scared countless unsuspecting kids when this adaptation of the classic 1972 novel hit screens only six years later. The film is rife with socio-political allegory and classic themes of the poetic hero, but it's also chock full of intense, frightening imagery and shocking violence. "Watership Down" is an amazing film, but it's not for the very young or faint of heart. Instead, it's one that remains studied and remembered, even forty years after its debut.


Audiences were just getting to know the unique cinematic vision of Tim Burton when he unleashed this late 80s classic on the masses. "Beetlejuice" possesses all of Burton's quirky visual trademarks and gothic style, and it also comes with some scenes that might be considered "inappropriate" today. Although PG-13 films are usually allowed one F-bomb – to their credit – the word was usually verboten in the PG world of "Beetlejuice," especially this late in the decade. There's also a wealth of morbid imagery associated with death and suicide, as well as Michael Keaton's charmingly crass performance as the titular "Bio-Exorcist." This one won't scar the kids for life, but it probably wouldn't be rated PG today.


Tobe Hooper's "Poltergeist" is often mentioned as being a good "entry point" film for getting young kids into the world of horror. Still, this doesn't mean that this PG fright fest wasn't without material that would've probably netted it the same PG-13 rating as its 2015 remake. The level of inappropriateness ranges from slightly cringey (how men working on a house leer at a teenage Dana Frehling as she returns home from school in a Catholic school girl uniform) to the totally spooky, as terror trees, killer clowns and real-life skeletons terrorize the characters. Or how about the face peeling scene? "Poltergeist" may be a questionable PG, but it's also a stone cold classic.


The next movie on our list is one of two films whose content directly led to the implementation of the PG-13 rating in 1984. The reason? Oh, nothing major: just a guy's still-beating heart being ripped out his chest. Indeed, it was the negative reaction of parents to the action and violence showcased within "Indiana Jones and the Temple of Doom" that pushed the MPAA into establishing a harder rating system for films with similar content. Trivia buffs might also be curious to know that Steven Spielberg had a hand in making both of the films in question, as director of the Indiana Jones sequel and executive producer of Joe Dante’s “Gremlins.”


Before we name our number one pick, here are a few honorable mentions we won't tell your parents you watched!


It's the film that made millions afraid to get into the water, and kick-started an international obsession with killer shark movies. It's Steven Spielberg's "Jaws," and it's yet another instance of the family-focused filmmaker kicking it to the frontlines of inappropriate PG content. Spielberg and crew had tons of problems with the malfunctioning shark, and thus were forced to use ingenuity and restraint with their special effects. This didn't tone down the other bloody and visceral moments in the film, however, which include scenes that have made "Jaws" one seriously inappropriate PG movie. And for that, we're thankful!