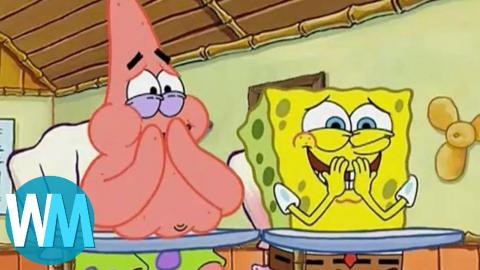 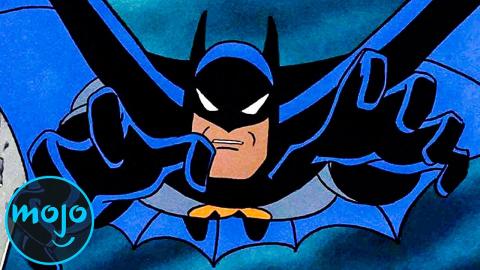 Top 10 Cartoons Everyone Needs to See At Least Once 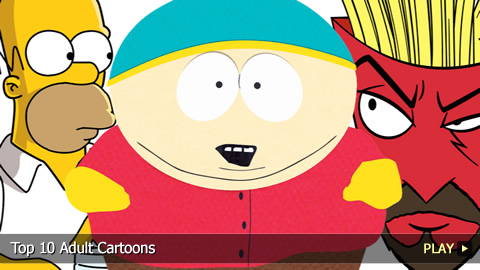 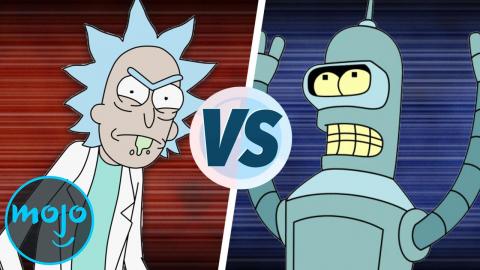 Rick and Morty vs. Futurama 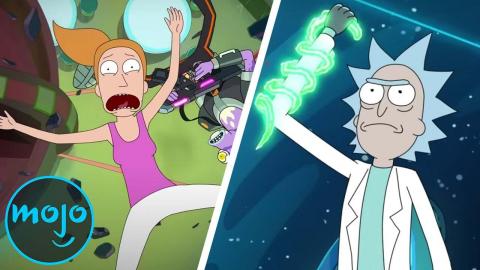 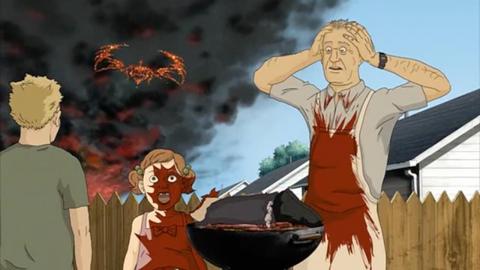 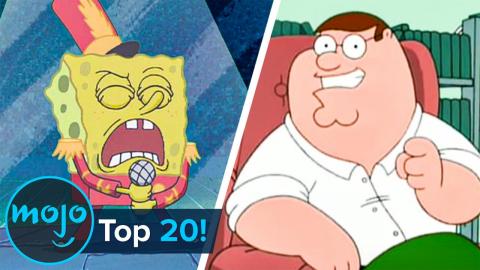 Top 20 Best Cartoons of the Century So Far 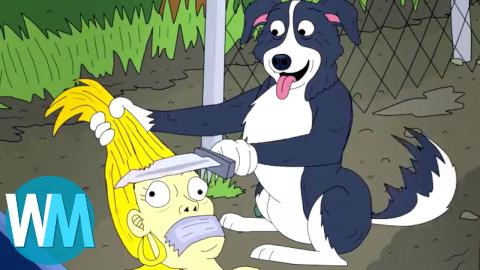 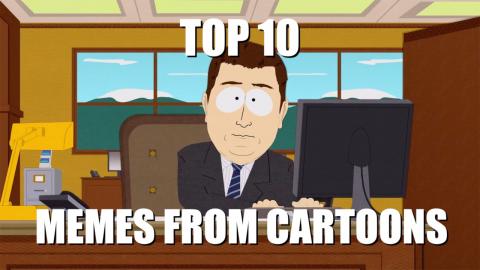 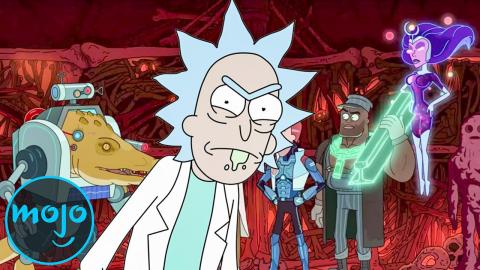 Top 10 Rick and Morty Characters That Got Killed Off 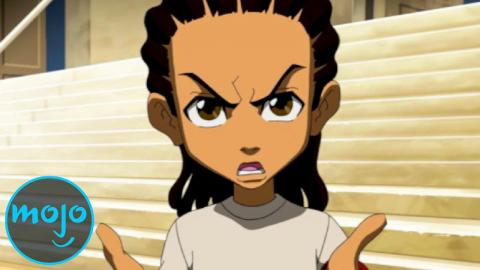 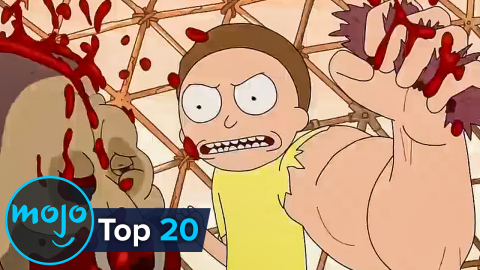 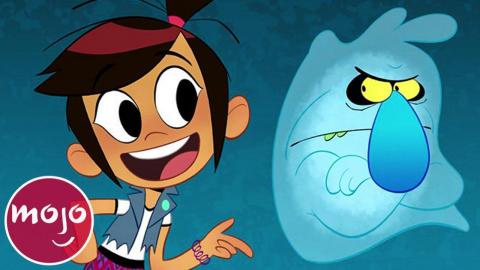 These animated series have us laughing 'til our sides hurt. Welcome to WatchMojo.com and today we'll be counting down our picks for the Top 10 Funniest Cartoons of All Time.

For this list, we'll be looking at the animated television shows that we consider the absolute funniest. Because humor is so subjective, don't be surprised if our list is different than yours.
Transcript ∧

These animated series have us laughing ‘til our sides hurt. Welcome to WatchMojo.com and today we’ll be counting down our picks for the Top 10 Funniest Cartoons of All Time.

For this list, we’ll be looking at the animated television shows that we consider the absolute funniest. Because humor is so subjective, don’t be surprised if our list is different than yours.

Created by the same guys who made a certain entry destined for later on our list, “Futurama” is a futuristic animated sitcom that follows Philip J. Fry and the rest of the crew at Planet Express in the 31st century. The show’s sci-fi premise provides a plethora of creative and hilarious situations for the characters to get into, while also allowing for some clever satire with some fun twists. All this is buoyed by a strong ensemble cast of always amusing characters that we could watch for the next thousand years.

Although we have to give a shout out to “Beavis and Butt-Head,” the funniest Mike Judge created cartoon is definitely “King of the Hill.” Concerning the lives of the Hill family and their friends and neighbors, the show derived a lot of its humor from the relatable nature of its characters. The series seems to encapsulate Middle America so perfectly, while lovingly lampooning and celebrating it too. We’ve all met people like the ones depicted on the show, so being able to laugh at their trials and tribulations can help us laugh at our own.

This subversive kids’ cartoon about the titular chihuahua and red-furred, blue-nosed cat is chock full of hilarity. The series was notorious for its adult humor, although it also featured plenty of gross-out and bizarre comedy as well, appealing to people of all ages, though not necessarily all maturities. The show’s distinct style is unlike anything else out there, except perhaps its creator’s next series, “The Ripping Friends.” All in all, though, “The Ren & Stimpy Show” is one strange, madcap cartoon that will make you laugh in “Happy happy joy joy.”

The most recent entry on our list, “Rick and Morty” follows the title characters, a brilliant, drunken, misanthropic scientist and his grandson, in their weird sci-fi adventures across space and other dimensions, with their immediate family often dragged along for the ride. The series’ blend of dark comedy and creative sci-fi premises makes for lots of uproarious stories, and its creators have even utilized improvisation in several episodes. Its humor is balanced out by some legitimate character development, engaging action, and surprisingly deep themes, making “Rick and Morty” a cartoon comedy with universes worth of possibilities for laughter.

You know what it’s time for! This celebrated cartoon is akin to an animated variety or sketch comedy show, featuring a number of recurring characters, including, among others, the Warner siblings, Slappy Squirrel, and Pinky and the Brain, with the latter duo even proving popular enough to get their own eponymous spin-off show. “Animaniacs” utilized a variety of comedic styles, including slapstick reminiscent of classic Warner Brothers cartoons, satire, catchphrases, running jokes, a little adult humor sprinkled in, and plenty of musical numbers, that all mesh together into one big, gut busting package… Goodnight everybody!

This long-running Nickelodeon cartoon follows the title character and his friends in their adventures under the sea. SpongeBob is as funny and endearing as his laugh is annoying, and the supporting characters all bring their own uniquely comical personalities to the table too. Besides the characters themselves, slapstick is an important pillar of the show’s humor, although parody, gross out, weird, and random humor are also featured often. Regardless of whether you think the show is declining in quality, Bikini’s Bottom’s still a fun and wacky place to visit.

We always have ourselves a time down in South Park. An adult cartoon about the residents of the title fictional Colorado town, specifically a quartet of young boys, “South Park” is one of the most biting, incisive satires to ever grace the airwaves. The show’s simple animation allows it to remain incredibly topical, occasionally making episodes about issues mere weeks after they arise in real life. There’s no cow too sacred for this series to mock without mercy. Silly, profane, dark, and sometimes outright disgusting, “South Park” is a truly unique cartoon comedy.

Several of the shows on our list would not exist without this one. “The Flintstones” is a cartoon sitcom set in a “modern” Stone Age about the titular family and their neighbors, the Rubbles. Besides setting the stage for future TV cartoon comedies, “The Flintstones” is a tremendously funny show in its own right, taking sitcom tropes, as well as then current trends and celebrities, and putting an amusing, prehistoric spin on them. Although the setting gives the series a lot of its charm, the characters are also wonderfully engaging and absolutely iconic. Bottom line – we always have a gay old time watching “The Flintstones.”

These cartoon shorts turned TV compilation shows are among the funniest and most pivotal cartoons in history. Depicting a huge cast of recurring characters, including Bugs Bunny, Daffy Duck, Wile E. Coyote, and many more, “Looney Tunes” is one of the gold standards for cartoon comedy, since it practically invented most of the tropes involved in the medium. Utilizing music, clever, witty dialogue, immortal catchphrases, and slapstick that doesn’t need to obey traditional laws of physics, “Looney Tunes” remains a timelessly enjoyable and hilarious series of cartoons year after year.

Anybody who didn’t see this coming has got to being saying “D’oh!” “The Simpsons,” in case you’ve been living under a rock, is an animated sitcom following the family of the same name and the ever-expanding supporting cast of the inhabitants of Springfield. Full of every form of humor under the sun, the show makes us laugh in countless ways with a deftness that’s virtually unmatched in any other cartoon. The jokes, setting, characters, songs, and even the little details have all taken on a life of their own and become mainstays of our pop culture, making “The Simpsons” the funniest cartoon of all time.
Comments ∧

report
“Where is Tom and jerry”