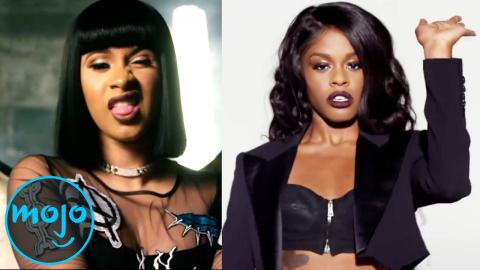 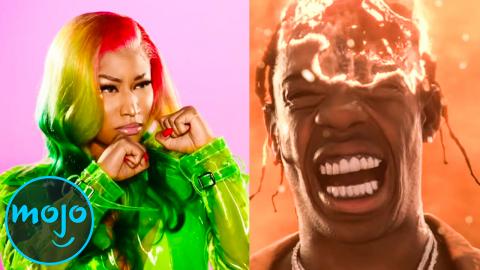 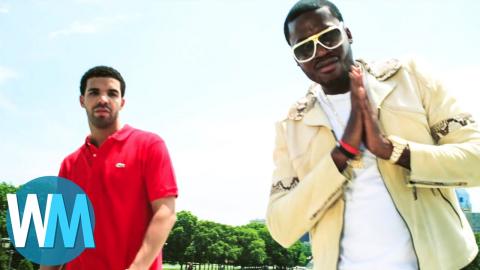 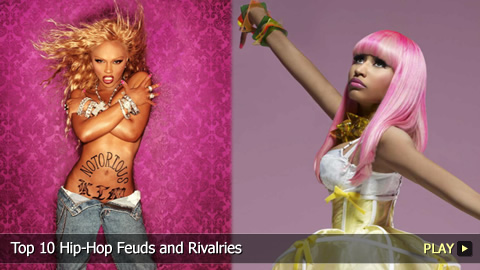 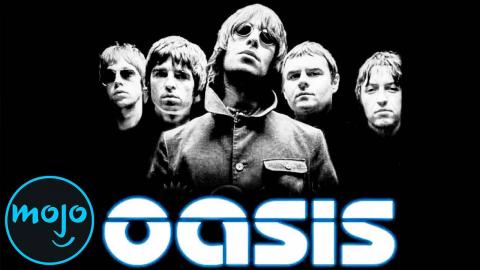 Top 10 Bands with the MOST Drama Behind the Scenes 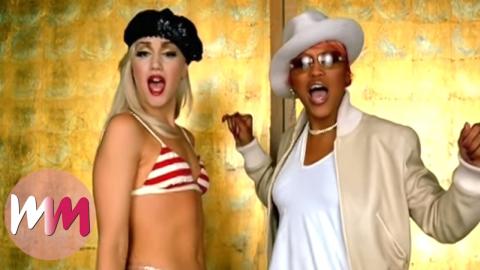 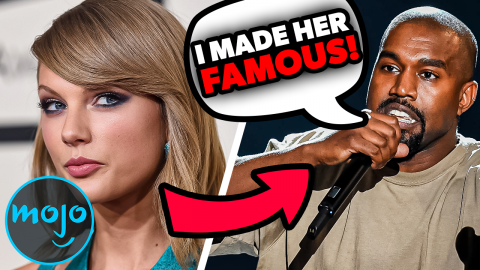 Top 10 Celeb Reactions To Being Dissed In Songs 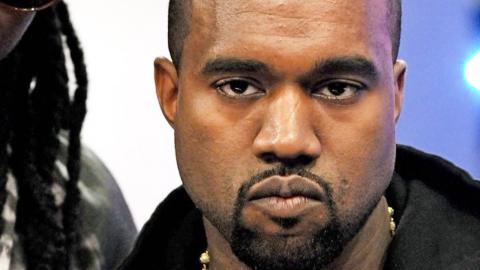 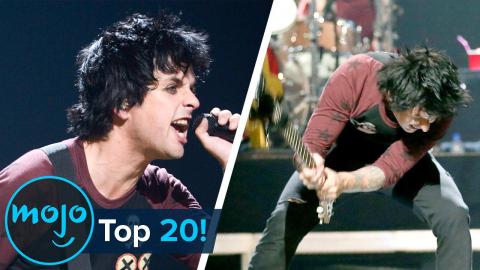 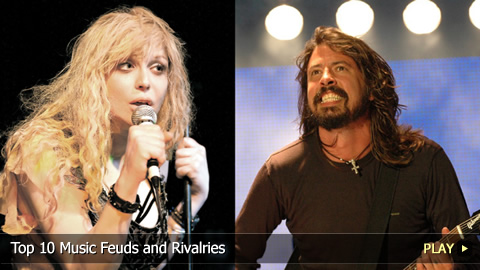 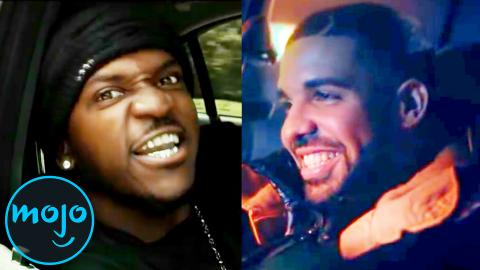 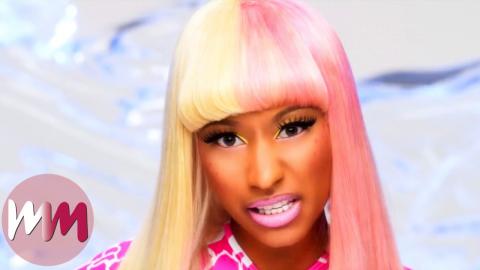 
You do NOT want to get on this musician's bad side. Welcome to WatchMojo.com, and today we'll be counting down our picks for the Top 10 Azealia Banks Feuds.

For this list, we'll be looking at the most buzzworthy, aggressive and notable feuds that this rapper/singer-songwriter has gotten into over the years. The person she went after does not need to have responded for the feud to be considered.

Like our videos? Head over to WatchMojo.comsuggest to submit your own video ideas today!


You do NOT want to get on this musician’s bad side. Welcome to WatchMojo.com, and today we’ll be counting down our picks for the Top 10 Azealia Banks Feuds.

For this list, we’ll be looking at the most buzzworthy, aggressive and notable feuds that this rapper/singer-songwriter has gotten into over the years. The person she went after does not need to have responded for the feud to be considered.

In 2013, Banks and this popular EDM producer butted heads over his mega-hit, “Harlem Shake,” that also spawned a viral sensation. Banks had recorded a verse for the song before it took off, but given the buzz, Baauer ultimately opted to go in a different direction —  and so Banks took it upon herself to release a remix of the track to Soundcloud. Protective of his music, Baauer had the remix taken down; and that’s when Banks took aim, hitting him with homophobic insults and accusing him of “cockblocking” her. She then rounded on Diplo, (on whose label, Mad Decent, Baauer released “Harlem Shake”) dragging him into the argument as well.

Well… no one would argue that Azealia Banks is discriminatory about who she’s willing to insult. Regardless of gender, race or age… she’ll go for the jugular. In 2016, after Banks targeted Zayn Malik online (more on that soon), then-14-year-old Disney star Skai Jackson chimed in with the relatively tame tweet “Azealia Banks needs to simmer down a little”. Never one to mince words… Banks tweeted “and you need to grow some hips and start ur menses, stay in a child’s place”. Things only got uglier and even more personal from there. Though Jackson did engage… she largely took the high road and kept it classy.

Like Banks, this British singer-songwriter has a history of feuds, having previously gone toe-to-toe with the likes of Piers Morgan, Katy Perry, Courtney Love and more. In 2013, things got particularly ugly between Allen and Banks when the latter, seemingly unprompted, said that Allen’s husband, Sam Cooper, looks like a thumb. Allen fired back back by dismissing Banks as a one hit wonder. The two argued about who’s more successful, Banks called Allen a cokehead and her children ugly, and Allen called out Banks for taking too long to produce new material. It was messy, but it also reportedly gave Allen inspiration for new songs, so at least it was productive!

In 2012, Banks had the chance to support Minaj on a European tour, but reportedly turned it down to finish up her album. At some point shortly after that, Minaj sent out the tweet "#ManTheseBitchesDelirious," without tagging anyone. Now… had Banks been interested in playing it safe, she would’ve ignored the tweet. Nicki hadn’t called her out, so why start a feud with one of the leading women in hip hop? But hey, this is Banks we’re talking about, so naturally… she went on the offensive, kickstarting a years-long feud. In a relatively rare show of humility however, Banks eventually apologized and publicly praised Minaj in 2017.

As often seems to be the case with Banks’ feuds, it started with an apparent slight. Rumor has it that she was supposed to feature on Rihanna’s album, “Anti” in 2016, but that the track got cut. Flash forward to 2017, the Muslim-focused travel ban, and a tweet from Rihanna denouncing the president’s actions, and witness the fury of Azealia Banks’ wrath. Banks tore into Riri, telling her to “shut up and sit down”  while reminding people that Rihanna isn’t a citizen and can’t vote. From there things quickly escalated, with the typically cool, calm and collected Rihanna making a rare exception and engaging. The two wound up publishing each other’s phone numbers. Yikes.

Word to all up-and-coming female rappers, you really shouldn’t go after the icon and pioneer who was among the very first women to break into the genre —  Lil’ Kim’s legacy is established and well-earned. Banks was seemingly aware of this fact, showing nothing but love and respect for the rap legend, that is… until a collaboration fell through. Proving yet again that she does not take rejection well, Banks lashed out at Lil’ Kim in 2012, making it public for all to see in a series of tweets. As with her fight with Nicki Minaj however, Banks would eventually see the error of her ways and make a public apology.

This feud is long and ugly. It all started back in 2012 when Banks went after Iggy Azalea, who, being one of the artists on his label at the time, T.I. was quick to defend. Banks didn’t like getting called out, so she came after T.I. hard, and so, T.I. kept talking about her during interviews, eliciting even more angry tweets from Banks, who attacked the rapper’s credibility. Things died down for awhile but when T.I. released “No Mediocre” featuring Iggy Azalea in 2014, Banks came after T.I. again, this time insulting the rapper’s wife, Tiny, prompting T.I. to respond with an apparent death threat.

Banks tends to go after strong black women in the music industry - whoever happens to be in the spotlight at any given moment. In 2016, Azealia Banks actually had the gall to try to start a beef with Beyoncé after the release of “Lemonade”. Thankfully, Queen Bey kept it classy, refusing to dignify the tweets with a response. In 2017, Banks set her sights on the new rap phenom, Cardi B, calling her a “poor man’s Nicki Minaj” and accusing her of using a ghostwriter. In 2018, she continued by calling Cardi an “illiterate, untalented rat”. Rather than stoop to Banks’ level, Cardi has largely taken the high road, defending herself without getting overtly nasty.

This is the feud that actually got Azealia Banks’ Twitter account suspended. You have to get seriously ugly and abusive for that to happen… but the way in which Banks came after Zayn Malik does check all the boxes. Seemingly unprompted, Banks criticized him for his ethnicity as it relates to his music, all the while throwing both racial and homophobic slurs at him. It was truly a disgusting personal attack. The reason for all this? Banks alleged that the ex-One Direction member had been stealing her ideas. During her tirade, she also managed to insult his fans, and black women of Britain in general. Later that year, she would write him a lengthy apology letter.

Before we unveil our top pick, here are a few honorable mentions

It takes a lot to open up about issues of mental health, so when celebrities do it, they should be embraced for bringing greater awareness to the important subject. When Iggy Azalea talked about her experiences with bullying and suicidal thoughts in 2014 however, Banks opted to join the conversation by encouraging Iggy Azalea to give in to these impulses. As we noted before, the two had been at odds since 2012; this was when Banks criticized Azalea’s inclusion on XXL’s Freshman cover, prompting the latter to fire back. When Banks encouraged Azalea to take her own life however…  that was going too far. Nonetheless, they seemingly buried the hatchet in 2017.