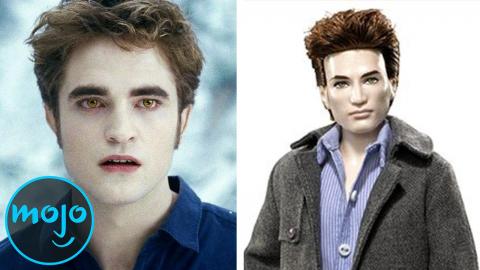 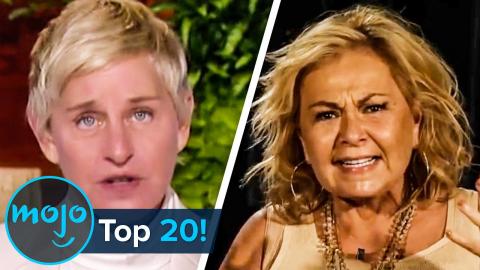 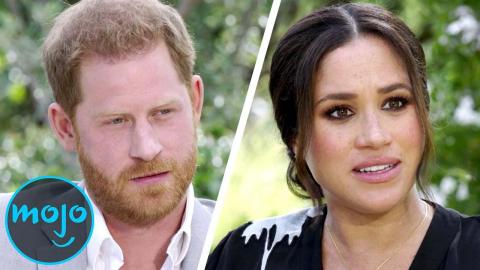 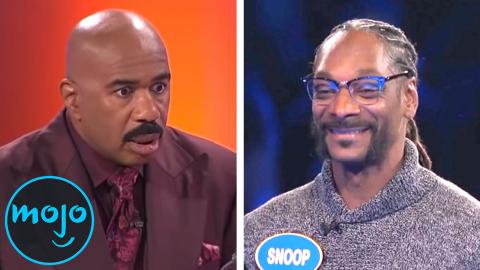 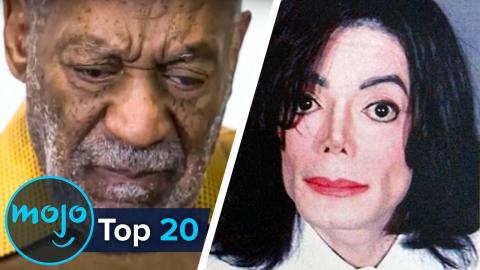 Top 20 Biggest Celebrity Scandals of the Century (So Far) 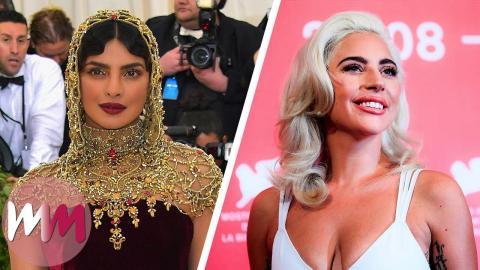 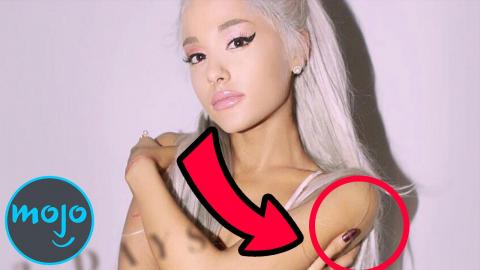 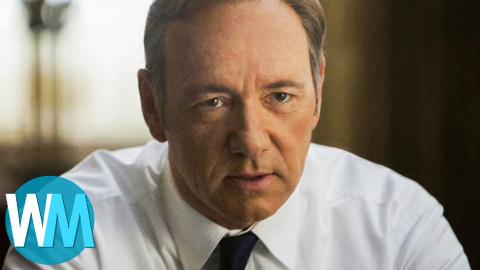 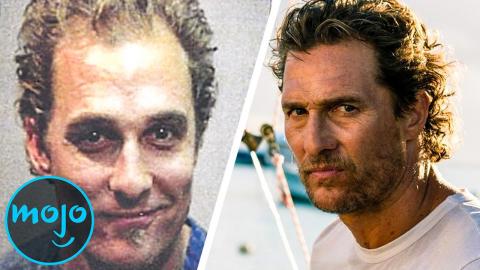 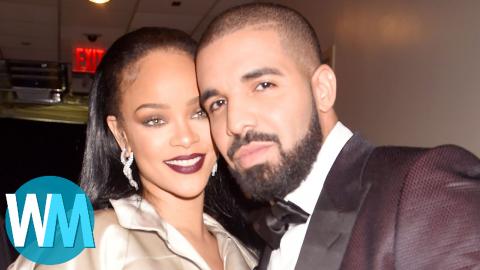 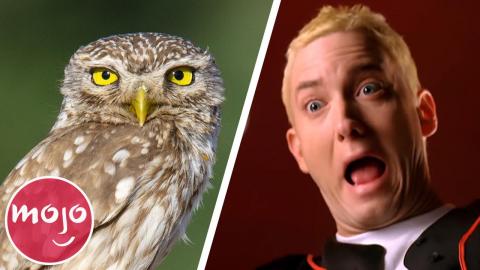 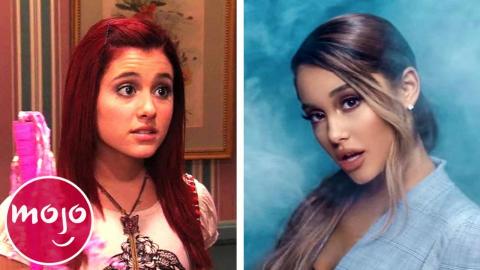 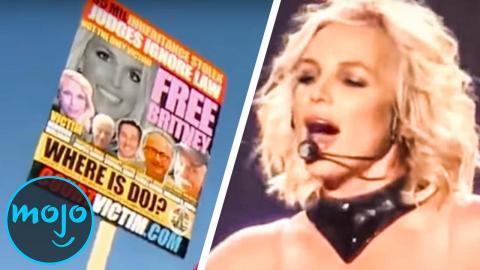 VOICE OVER: Rebecca Brayton WRITTEN BY: Victoria Toltesi
These scary celebrity dolls will keep you up at night. We've found some of the worst celebrity dolls and action figures, including Justin Bieber, Britney Spears and Robert Pattison, that are sure to creep you out. Join WatchMojo as we count down the biggest celebrity doll fails. Which doll do you find most horrifying? Sound off in the comments!

Check out MyMojo to see how people voted on this list: WatchMojo.comsuggest/Top%2010%20Horrifying%20Failed%20Celebrity%20Dolls
Transcript ∧


Some things should never see the light of day. Welcome to WatchMojo and today we’ll be counting down our picks for top 10 horrifying failed celebrity dolls.

For this list, we’re looking at the absolute worst dolls and action figures that, although designed to look like celebrities, came out looking like something out of a nightmare.

Let’s just jump right into the list with this doozy of an action figure. Ever since the picture of a shirtless Putin riding a horse was released in 2009, the internet just can’t get enough of it. Memes were born, caption contests abounded and Photoshop went to places it never wanted to be. But you could argue that it all culminated with this majestic yet terrifying thing. A figurine of Putin, the President of Russia, riding shirtless on a bear. This, uh, ‘art’ doesn’t come cheap either; you can expect to pay at least 100$. But hey, that’s the price you pay for something so unique.


He’s just a vampire boy in a Barbie world, but he will stare into your soul and creepily watch you sleep. This doll was made for the Twilight franchise, which explains Robert/Edward’s sickly appearance and pained expression. And what about the hair on this thing? It’s like a thick shag carpet was used as a toupee. It also looks like Edward threw on a pajama top and called it fashion. True to the vampires in Twilight, there is actually glitter on the doll’s skin. Admittedly, we can’t decide if that makes it better or worse.


Charlie’s Angels are 3 badass women who fight crime and save the world; their dolls, however, are a completely different story. Natalie and Alex look fine but Dylan, Drew Barrymore’s character, looks like she couldn’t even walk in a straight line, let alone take down bad guys. The hair is sloppy, the head is shaped like a potato and worst of all the eyes are just all kinds of wrong. One is crossed and the other is looking into the great beyond. Maybe hoping for death? Can someone get this doll some coffee?


Andrew Lincoln is a handsome dude, but this doll has a face that only a diehard Walking Dead fan could love. Now for this one, ok fine, the toy is meant to be somewhat horrifying -the guy is living through a zombie apocalypse after all- but the doll just doesn’t look like Rick! The only way you know it’s him is the over-sized sheriff’s hat. We also need to talk about the stains on the shirt; we know they were going for that end of the world look, but it just looks like he rolled around in blood and poop. It’s just not a good look.


It’s Britney b*tch, and coming from this doll... you can take that as a threat. She stares into the void, but it’s not her fault - the poor thing was sent out into the world without eyelids. Maybe it was intentional as a form of motivation; suddenly “You better work” takes on a whole new meaning. The doll’s outfit is based on the music video for “You Drive me Crazy,” which says a lot about its facial expression. She even looks like she’s gritting her teeth, trying not to lose it.


Oh baby, baby no! On first glance you may think this is a bobble head, but we’re here to tell you that it is not. They just decided to give the Biebs a big head that awkwardly hovers. This doll was made in the early days of Justin’s career, but the doll doesn’t look like a young teenager. It looks more like a grown man with a stunted sense of fashion. The box exclaims “Justin’s New Hair!”; apparently with all the focus on the hair, they couldn’t possibly make the rest of the doll look good.


Someone needs to “search and destroy” this thing. This Iggy Pop action figure isn’t small either, it’s 7” of terrifying detail. It shows every line, every wrinkle, and every vein of Iggy’s shirtless body. It’s one of the few entries on this list that looks like who it’s modeled after, but maybe a little too much. Its face is so intense, the doll looks like it might just come alive and start performing at any moment! Now obviously this is perfect for super fans of the godfather of punk, but we suspect that the average person would rather admire it from afar.


Now, WWE merchandising isn’t known for its flattering action figures, but this one is especially monstrous. It looks like The Rock ate the Hulk, consumed his powers and then took too many steroids. The hands are apishly big, so maybe Donkey Kong was part of the buffet too. The worst part about the action figure isn’t the look, but the fact that you can make it sweat - which makes it hideous and gross. It comes with a sweat injector and the water just leaks out. For “maximum sweat” realness, you can even add salt water… Eek.


Opinions might be divided on Hillary Clinton and her politics, but we can all agree that this doll should have never been made…. Ever! It’s the only doll on this list that sings and dances and we’re not sure if it’s mechanical or just possessed by demons. You can thank Walgreens for this dancing nightmare; they also created John McCain and Barack Obama ones. There is just something foreboding in that over enthusiastic grin flapping around singing about itself.

Before we reveal our top picks here are a few terrifying honorable, or is that dishonorable, mentions.


Dude looks like a baby! When you think of cabbage patch dolls, you think plushy and cute; Steven Tyler is a lot of things, but he’s definitely not that. This doll definitely has the fashion down, but the face is a little, well, squishy. A lot of these dolls have made us question their existence, but at least this one was made for a really good cause. An entire series of celebrity cabbage patch dolls were made and auctioned for the Children's Action Network, an organization that helps foster kids. We can definitely appreciate the effort and the cause, we just wish the execution had been better.
Comments ∧