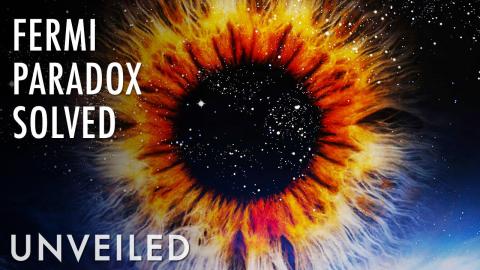 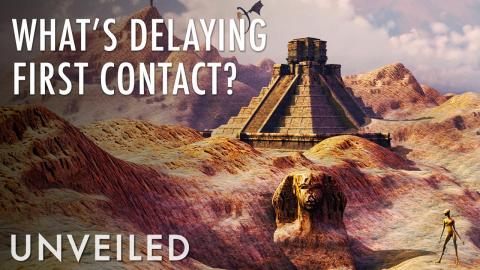 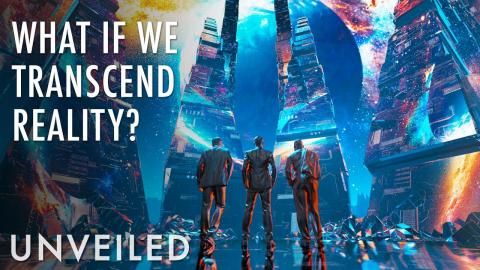 What If Humanity Could Leave the Universe? | Transcension Hypothesis | Unveiled 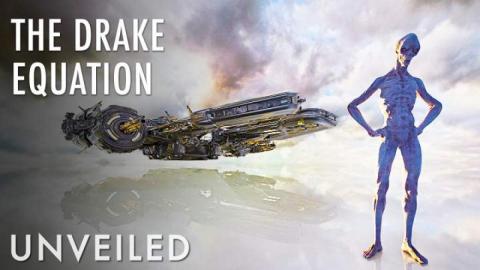 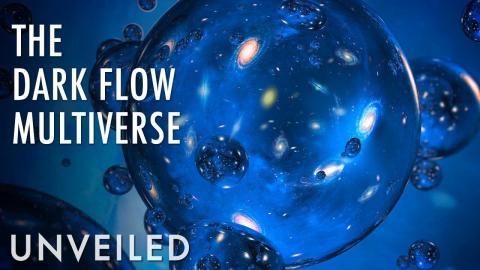 Does Anything Exist Outside Of the Universe? | Unveiled 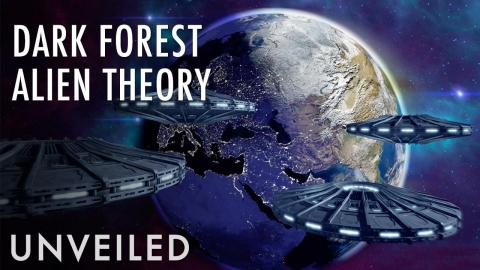 Are We Living in the Dark Forest? | Unveiled 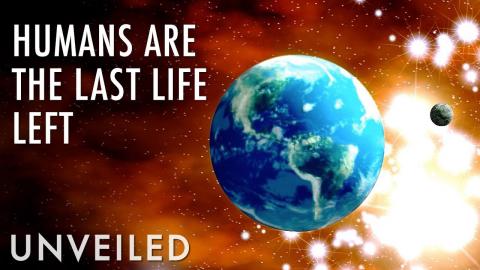 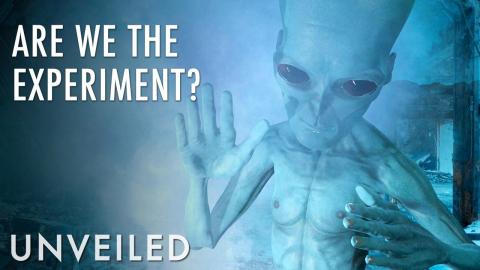 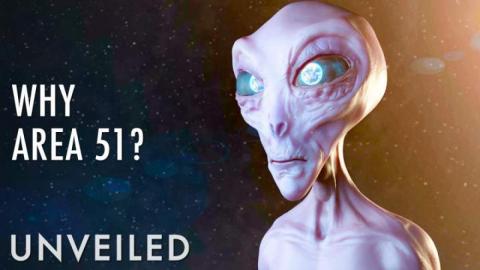 Why Would Aliens Target Area 51? | Unveiled 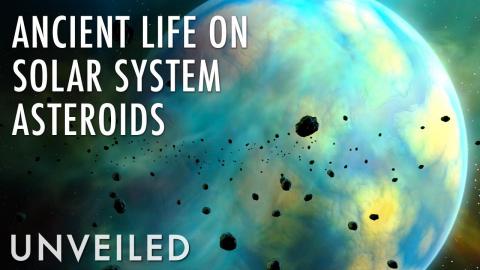 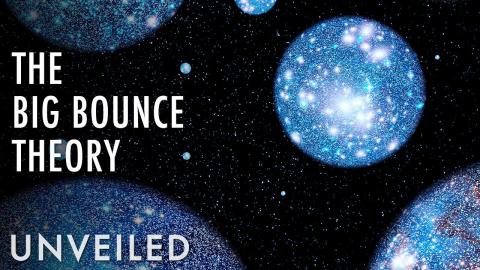 Did Another Universe Exist Before Us? | Unveiled 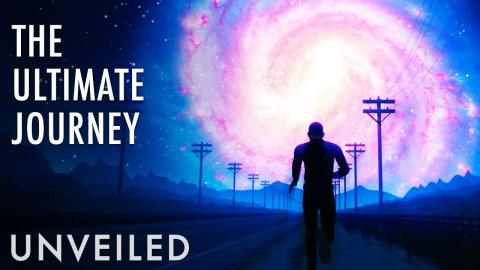 How Long Would It Take To Travel The Universe? | Unveiled

What If Humans Are Alone In The Universe? | Unveiled

VOICE OVER: Noah Baum WRITTEN BY: Caitlin Johnson
The hunt for alien life is ongoing, but what if it's pointless? What if humans really are the only living things in all of the universe? For this video, Unveiled imagines an existence where there's nothing else out there... Would that be a good or bad thing for humanity? Would space travel still be as exciting? And would we still care about what's beyond the solar system?
Transcript ∧

What if Humans are Alone in the Universe?


We’ve always been enchanted by the idea that there are intelligent creatures out there different to ourselves. Once it was supernatural monsters dwelling in the darkest spaces of our own world, while today it’s more about extra-terrestrials dwelling somewhere out there in deep space. But there’s always the slim chance that this could be little more than wishful thinking.

This is Unveiled, and today we’re answering the extraordinary question: what if humans are alone in the universe?

Back in 1950, physicist Enrico Fermi asked his colleagues: if there are intelligent civilizations out there, why haven’t they contacted us? After all, given the number of other planets and stars in the universe, there’s a good chance they exist. This eventually became known as the Fermi paradox. A number of answers have been proposed, including that intelligent life is extremely rare, that our technology isn’t advanced enough to detect them, or that they just don’t want to make contact.

Then again, they just might not be out there at all. In 1961, American astronomer and astrophysicist Frank Drake put together an equation to try to work out the probability that extraterrestrial civilizations exist somewhere in the universe. Variables include the number of stars, the number of planets that could be habitable, and the likelihood of intelligent life developing across the vast distances of space. Initially, estimates for these variables produced a positive solution, suggesting that there are probably between 1000 and 100,000,000 civilizations in the Milky Way alone. But a 2018 attempt to solve the Drake Equation using the most up-to-date science possible discovered that the odds we’re actually alone are much higher than previously thought. This study has gained a lot of attention with its unpleasant conclusions, positing that there’s a 53-99.6% chance that we’re the only intelligent species in our galaxy, and a 39-85% chance that we are the only intelligent species in the entire universe. So, if the odds really are stacked against us, it’s worth thinking about the unthinkable: what if it’s just us?!

It’s worth asking how we could ever know that we’re alone for sure. Either we’d need some incredibly advanced technology capable of scanning distant planets for life, even planets outside of the observable region of space; or we’d need to visit every single corner of space ourselves.

In the latter case, not an awful lot would change; we might find it a bit sad, but we’d have already conquered the entire cosmos and become the most advanced species imaginable. On the other hand, if we were to somehow learn that we’re alone before having ventured out into the universe, things might be very different indeed. Some of the romanticism of space travel would surely be lost if the incentive to discover intelligent life beyond our planet disappeared. With flagging public interest, space programs might not seem as necessary as they once did. We would still need to go to space though, either to escape Earth when it becomes uninhabitable or to find vital resources, but how much funding would be available might become an issue.

It would also put a lot of people working in the space industry out of a job, in the branches specifically designed to look for alien life – organizations like SETI, for instance. But freeing up this money might be a good thing; it could be channelled into public welfare instead, or alternatively towards other aspects of space travel so that we can still colonise distant worlds, even if they are empty. A lot of the same technology that was being used for things like SETI might also prove useful for long-distance human communications, too.

Another big part of the question really depends on how you define “alone”. It could refer to a universe completely barren of lifeforms, including microbial life and plants. Or it could just refer to the existence of other intelligent life, which still allows for the existence of alien ecosystems, including plants and animals. Earth itself was one such planet for most of its lifetime. This means there would still be plenty of incentive to travel out into the stars.

On the up side, the absence of other advanced civilizations would arguably give humans free rein to colonise whichever planets we choose. We wouldn’t have to worry about treading on any alien toes or accidentally invading their territory. Space travel would still be very dangerous, but a little less-so without the possibility of a space war with hostile aliens. We’d be able to build on other planets to our hearts’ content, and even if we didn’t want to make a permanent home they’d still be accessible for resources. There are so many billions of planets out there, that if all of them were empty we’d have essentially endless resources to gather.

Then again, there are still ethical dilemmas to consider. Even without intelligent life, would it be right for us to see the universe as a place we should conquer? There might still be innocent lifeforms on those planets who would suffer as a result of human habitation, just like animals on Earth suffer when their habitats are destroyed. With our history of brutally colonising our own planet, is it wise to turn those same ideas out towards the rest of the universe? Do we have a right to deplete all the other planets of resources so carelessly, after what’s happened to our own? Presuming they’re devoid of life, colonising some of our closest neighbours, such as Mars or Venus, could be understandable. But would it really be necessary to keep expanding just for the sake of expansion? While it might be difficult to stop billionaire space moguls from building wherever they like, it is something to keep in mind.

It might be hard for us to even develop this technology to begin with, however. With no other alien civilisations, there’d be no hope of friendly aliens arriving to help us develop the interstellar travel they’ve perfected. We’d be completely without extra-terrestrial help. Aliens would never be able to teach us things about space that we might not otherwise understand, they wouldn’t be able to share their knowledge. In the eventuality that WE’RE the more advanced species, we WON’T have anybody to share OUR knowledge with, either. There won’t be any interspecies relations, no interplanetary diplomacy, no chance to meet someone from an entirely different galaxy.

But even if we’re alone now, does this mean that we’ll always be alone? Is there a chance that one day intelligent, non-human life COULD evolve somewhere? What if humans manage to colonise the galaxy, and after millions of years some of us evolve into different species? We could adapt to different worlds in completely different ways until we’re hardly the same thing at all. If we managed to keep in touch all that time, it could provide invaluable information for research into biology - the most ambitious evolutionary experiment in history. On the other hand, if we lost contact, who knows how’s react when faced with evolutionary cousins. Humans already have a long history of warfare with people who are almost identical to them, what would happen if we transformed into entirely new species? The cosmos could go from being universally inhabited by humans to being inhabited by innumerable human descendants who would be, for all intents and purposes, aliens.