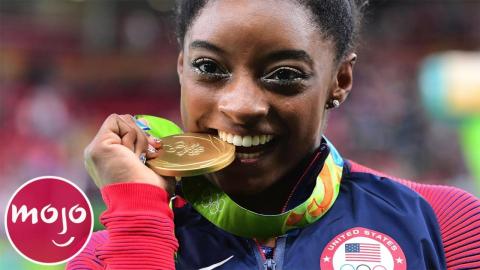 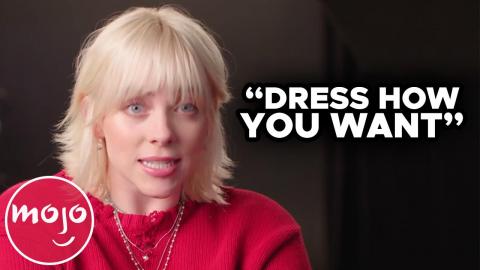 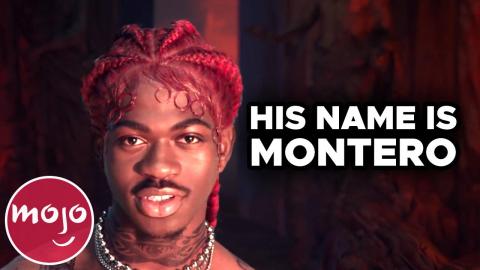 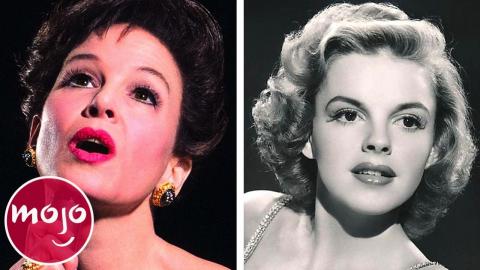 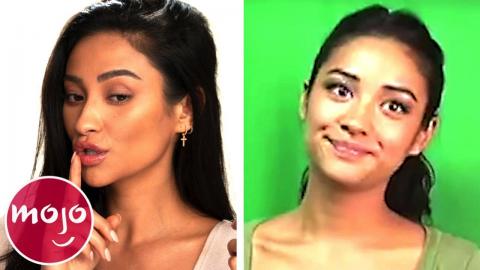 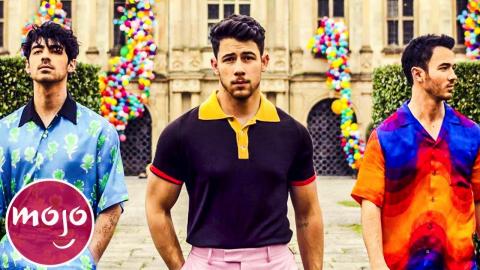 Top 10 Things You Didn't Know About the Jonas Brothers 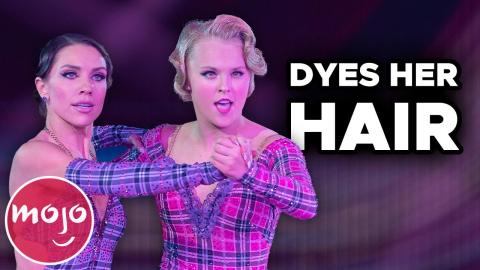 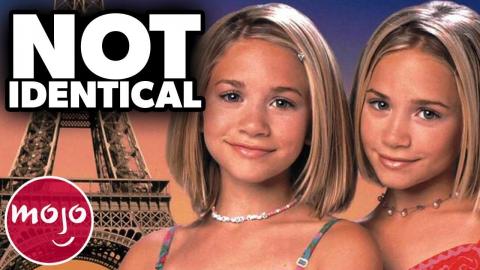 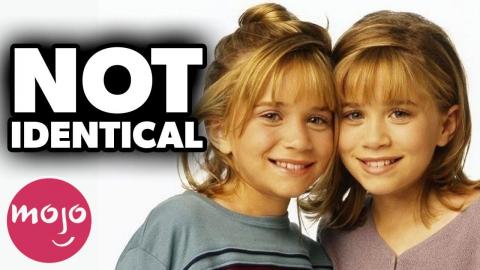 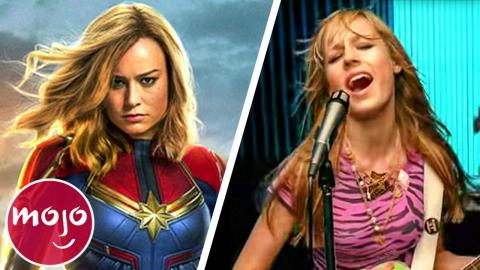 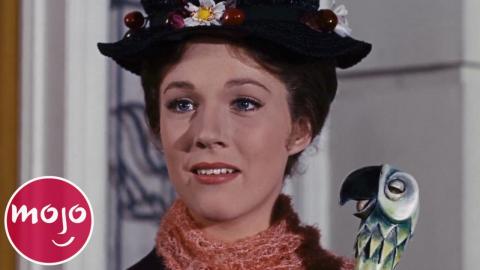 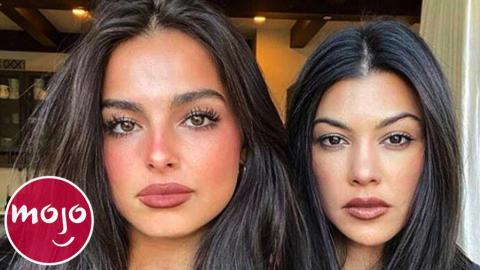 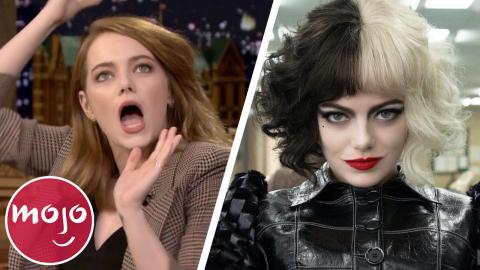 VOICE OVER: Phoebe de Jeu WRITTEN BY: Spencer Sher
There are a lot of things you didn't know about Simone Biles.
Transcript ∧

This Olympian always sticks the landing. Welcome to MsMojo, and today we’re counting down our picks for the Top 10 Things You Didn't Know About Simone Biles.

For this list, we’re looking at little-known facts about American gymnast Simone Biles.

#10: She's the Most Decorated Female Gymnast of All Time


Simone Biles is a winner, plain and simple. Her appearance at the 2019 World Artistic Gymnastics Championships cemented that fact when she took home her 25th medal, thus making her the most decorated female gymnast of all time. It also gave her the record for the gymnast with the most World gold medals (19) and the female gymnast with the most World all-around titles (5). This was a truly remarkable feat, one that only scratches the surface of Biles’ greatness - as she’s also won 5 Olympic medals and is poised to win even more at the 2020 Olympic Games in Tokyo, Japan.


In general, gymnasts tend to be relatively short. This comes in handy, as their height makes them ideally suited to the highly complex jumps and maneuvers they must perform during competitions. In fact, at 4 feet 8 inches tall, Simone Biles is roughly average height for a female gymnast. Even so, she was the shortest member of the Olympic team that represented the United States at the 2016 Summer Games in Rio de Janeiro, Brazil. But as Biles points out, it’s not about “size difference”, it’s about what you do and loving your body!

#8: She Has Her Own Line of Leotards


Olympic glory and lucrative sponsorship deals go hand in hand. And while it’s true Simone Biles landed a number of endorsement deals following her incredible performance at the 2016 Olympics, she’d previously signed a couple of big-time deals with Nike and GK Elite Sportswear in 2015. The latter saw her and the gymnastics apparel giant inking a deal that gave Biles her own unique line of leotards, most of which are still available for purchase today. Clearly Biles is no stranger to the saying: “strike while the iron is hot”.

#7: Her Sister Is Also a Gymnast


Growing up, Simone and her younger sister Adria were thick as thieves. They played together, trained together and supported each other in their athletic endeavors. While Simone would go on to reach the heights of her sport, Adria was no slouch, training for and participating in competitions just like her older sister. When Simone won four golds and a bronze at the 2016 Rio Olympics, Adria couldn’t have been happier for her sister, saying “We were all cheering and crying and jumping up and down when she won. I just couldn't stop crying.”


Following her incredible performance at the 2016 Summer Olympics, 19-year old Simone Biles was given the opportunity to tell her side of the story. With the help of seasoned writer and editor Michelle Burford, Biles co-authored an autobiography titled Courage to Soar: A Body in Motion, A Life in Balance. Released in November of 2016, the book would make it to the top of the New York Times Young Adult best sellers list just six months later. In response to her decision to pen an autobiography, Biles remarked, “There [are] so many people who have inspired me with their love and encouragement along the way — and I want to pass on that inspiration to readers.”


When Simone Biles was 15 she opted to leave public school in order to be homeschooled by her grandparents (more on them in a minute). The decision was far from arbitrary, as it allowed Biles to increase her gymnastics training from 20 hours a week to 32 hours a week. Seeing as how she took home two gold medals at the World Championships the following year, we’d say the decision was a positive one. Biles later declared her intention to attend UCLA, going so far as to sign a letter of intent in 2014. However, she decided to turn pro instead and the rest, as they say, is history.

#4: Her Grandparents Adopted Her


Simone Biles did not start off with a silver spoon in her mouth. Her mother struggled with substance abuse, and Simone and her three siblings spent part of their childhood in foster care. In 2000, Simone and her younger sister Adria went to live with their grandparents in Texas, while the remaining siblings were taken in by Simone’s great aunt. Ron and Nellie Biles, an air force veteran and a retired nurse respectively, officially adopted Simone and Adria in 2003 and have looked after them ever since. This caused a minor controversy at the Olympics, as one commentator repeatedly referred to Ron and Nellie as Simone’s grandparents. However, if you ask Simone, she’ll tell you, “My parents are my parents and that's it."

#3: She Fell in Love with Gymnastics While on a Field Trip


Having an interesting origin story is not a necessary component of being an all-star athlete, but it definitely doesn’t hurt. When it comes to Simone Biles and her career as a world class gymnast, you have to travel all the way back to 2003, and a daycare field trip to a local gymnasium. It was there, at the age of 6, that Biles discovered gymnastics, and took to it like a fish to water. Her natural skills caught the eyes of the instructors, who suggested she return for additional lessons. Little did they know they were talking to the girl who would later become the most decorated female gymnast of all time!

#2: She Has Multiple Moves Named After Her


You know you’re one of the top athletes in your sport when they start naming moves after you! Dubbed “The Biles”, her first signature move was a double layout half on floor that she’s been performing since 2013. In 2019 she made it even more complex by adding a front layout. She has also another move named “The Biles” on vault, performed at the 2018 World Championships. The following year, she performed a triple-double on floor that was immediately dubbed the “Biles II”, before hitting a double-double dismount on the balance beam that was also named after her.

She's a Fan of Steph Curry & His Kids

She Has Four German Shepherds

#1: She Responsible for a Lot of "Firsts"


If it isn’t already painstakingly apparent that Simone Biles is a wrecking ball of a gymnast, this entry will destroy whatever doubts you have left. Biles is the first American to win a medal in every World Artistic Gymnastics Championship event, having accomplished the feat in 2018. She’s also the first to win three World all-around titles in a row, with her current total of five also a record. Additionally, Biles is the first African American to win a World all-around championship. Oh, and in 2016 Biles became one of just five female gymnasts to win four gold medals at a single Olympic Games. She then became the first American female gymnast to carry the flag for the US at the closing ceremonies! ‘Nuff said.
Comments ∧

report
“Simone biles is so cool, and these facts I didn't even know.”