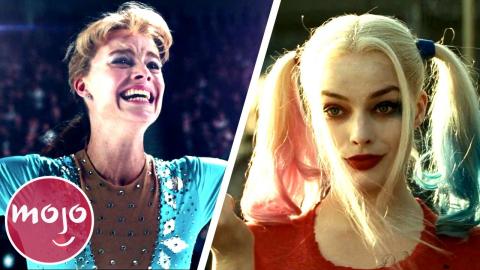 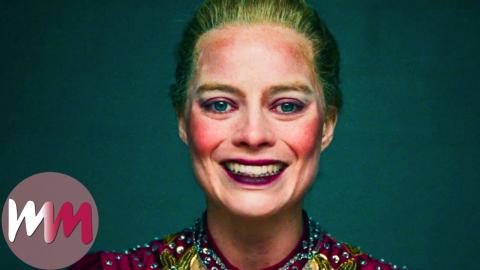 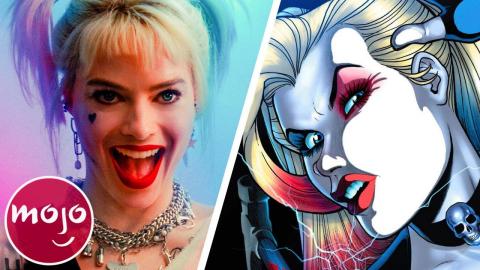 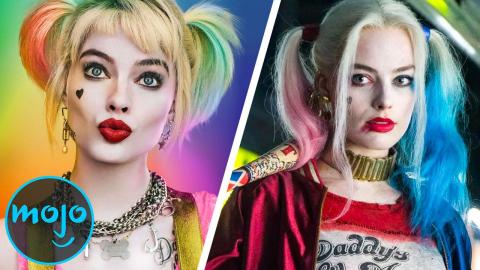 Top 10 Reasons Birds of Prey is Better Than Suicide Squad 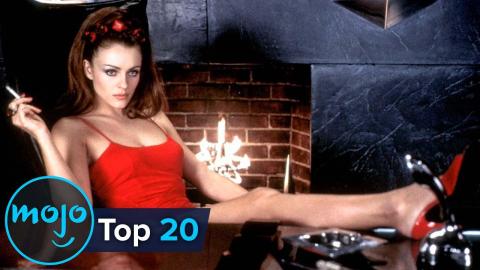 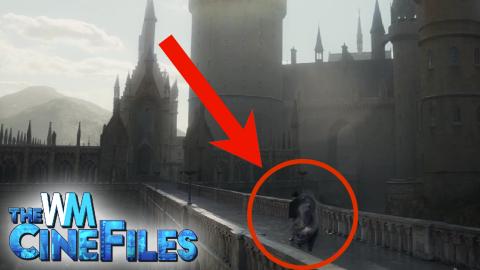 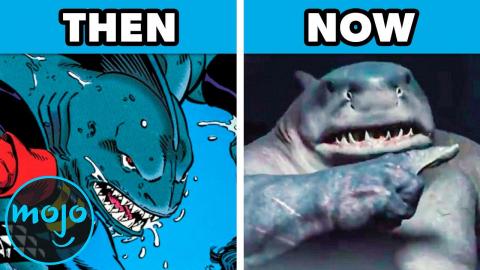 Top 10 Characters from The Suicide Squad Then vs Now 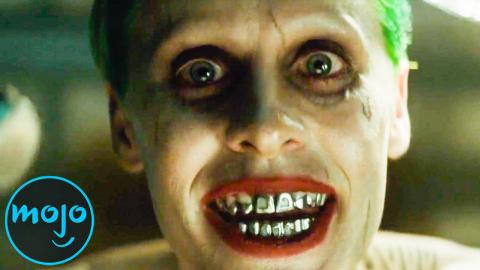 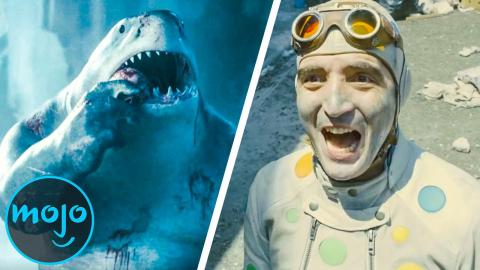 Top 10 Things to Remember Before Seeing The Suicide Squad 2021 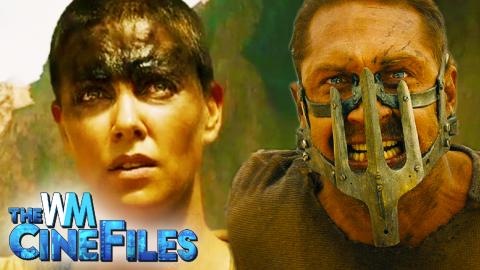 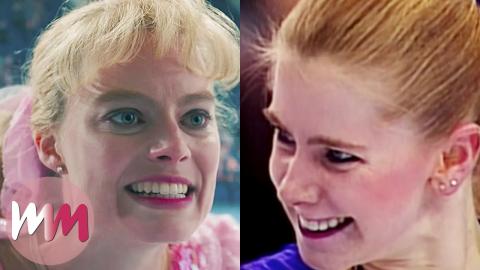 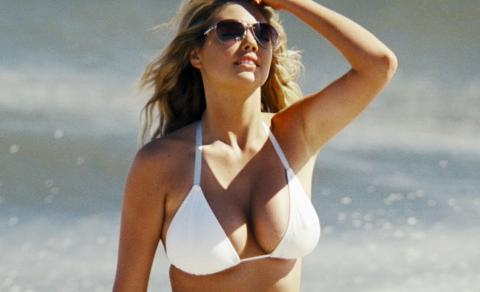 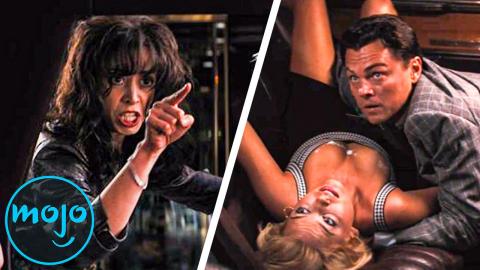 VOICE OVER: Emily - WatchMojo WRITTEN BY: Spencer Sher
Where do we even start with the best Margot Robbie movie looks? For this list, we're taking a look at Margot Robbie's most memorable and iconic big screen outfits. Our countdown includes “Birds of Prey,” “Once Upon a Time in Hollywood,” “Bombshell,” and more!
Transcript ∧

Where do we even start? Welcome to MsMojo, and today we’re counting down our picks for the Top 10 Margot Robbie Movie Looks.

For this list, we’re taking a look at Margot Robbie’s most memorable and iconic big screen outfits. Naturally, we’ll be excluding outfits worn by the actress on the small screen.

#10: Sparkly Getup
“Birds of Prey (and the Fantabulous Emancipation of One Harley Quinn)” (2020)


Margot Robbie pitched her idea for an “R-rated girl gang action film with DC characters” while she was still in the midst of shooting “Suicide Squad”. While that film proved divisive with fans and critics alike, one thing that wasn’t up for debate was Robbie’s turn as Harley Quinn. The Aussie actress dove headfirst into the role, aided by a slew of awesome outfits that truly brought the character to life – more on that in a minute. “Birds of Prey” has been years in the making, and when the first trailers dropped fans got to see a new and improved Harley Quinn, in all her sparkly glory. This outfit is totally befitting of the character, with the brazen look capturing Quinn’s infamously eclectic tastes and bold fashion choices.


Based on a true story, “Bombshell” is about the role three newscasters played in taking down former Fox News CEO Roger Ailes, who faced multiple sexual harassment accusations. Margot Robbie plays Kayla Pospisil, a composite of several Ailes’ victims. In the beginning, we see Kayla attempting to carve out a spot for herself as a TV commentator, only to wind up suffering at the hands of Ailes. It’s when Kayla finally attains her dream role that she dons this stunning white dress with blue trim. This is a power dress, plain and simple. The outfit says, “I’ve made it”, and Robbie rocks it with confidence.


In this largely forgettable live action Tarzan flick, Robbie plays the titular ape man’s wife, Jane Clayton. The film opens with the two of them living happily in England, but they’re soon whisked back to Africa. While it’s only a matter of time before John Clayton, err, we mean, Tarzan, swaps his traditional Victorian clothing for a bare chest, Jane continues to dress to the nines. In this number, she’s dressed head to toe in white - which is a bold choice for the outdoors, let alone 19th century Africa - and she looks absolutely spectacular. Jane sports a white lace shirt beneath a cream-colored jacket, and accessorizes with a gold buckle belt and white hat. Now this is an outfit we’d be totally fine ditching civilization for!


Who’d have thought that a neo-noir thriller with comedic elements starring Margot Robbie and Simon Pegg would flop? Despite a unique plot and stellar ensemble cast, “Terminal” failed to hit the mark with critics. Oh well. At least we have this awesome look to keep us interested! While she donned a number of jaw-dropping outfits in this flick, the diner uniform Robbie sports is definitely our favorite. Simple and understated, the look is not nearly as bombastic as the others she rocks in the film. But it’s for exactly this reason that we’re so smitten with it. Wearing a striped collared shirt with rolled up sleeves, and an apron around her waist, this waitress uniform could have fallen flat on another actress, but Robbie rocks it with ease!


Margot Robbie and period pieces go together like vegemite and toast. That’s a little Aussie snack reference for ya. “Goodbye Christopher Robin” sees Robbie playing Daphne Milne, wife of Winnie-the-Pooh creator A. A. Milne. Set mostly in post-WWI Britain, the fashion of the era is on full display, with Robbie’s character given the opportunity to flaunt the furs, pearls and flapper dresses that that period in women’s fashion was known for. One standout was this look, in which Robbie dons a cozy fur-lined coat, layered atop a red and white dress. Robbie’s golden locks are once again the centerpiece, this time done up in a bob typical of the time in which the film is set.


In “Focus”, Margot Robbie plays Jess Barrett, a rookie grifter who learns to pull off the big con with the help of Will Smith’s seasoned thief, Nicky Spurgeon. It’s a fun flick, with enough twists and turns to keep you guessing until the very end. One way the filmmakers added layers of style to their film was through the characters’ outfits. Rarely do you find Jess or Nicky decked out in anything less than their absolute best; and this was never more on display than the time Jess knocked Nicky off his feet with this incredible red number. Robbie is a vision as she descends the steps of a lavish party, from her hair to her heels. We don’t know where that dress is from, but we want one.


With this entry, we’re sent hurtling into the upper echelons of Margot Robbie’s best on-screen looks. This Quentin Tarantino flick is set in the twilight of Hollywood’s Golden Age, which includes the infamous Manson Murders. New fashion trends were exploding all over L.A. at the time, and Tarantino uses his characters to disseminate the era’s best looks. As Sharon Tate, Robbie takes center stage – perfectly embodying the fashion of the time with this black and white number. The black turtleneck sweater, white mini skirt and white boots are a truly smashing combination that, if we’re being honest, wouldn’t have looked nearly as good on another actress.


In her portrayal of disgraced American figure skater Tonya Harding, Margot Robbie left it all on the ice. Her performance garnered rave reviews from critics and led to her first Golden Globe and Academy Awards nominations. One of the film’s most memorable moments involves Harding becoming the first American female figure skater to land a triple axel. In depicting this important piece of figuring skating history, the wardrobe department dressed Robbie in the same outfit Harding wore when she completed the maneuver in 1991. As Robbie soars through the air, twisting and twirling with grace and poise, she looks magnificent in her blue and white ice-skating dress. It’s an iconic moment and an equally iconic outfit.


You know your outfit is on point when Leonardo DiCaprio stops what he’s doing just so he can come over and introduce himself. Okay, okay, they were playing characters in a film, but you know what we mean. Margot Robbie looks drop dead gorgeous in this backless blue mini dress, turning heads on-screen and off. It’s at this moment in the biopic that DiCaprio’s Jordan Belfort lays eyes on Robbie’s character for the first time, and she immediately ensnares him with this impressive little number. In a dress like that, Robbie could have any man on earth eating out of the palm of her hand.

Matching Yellow Two-Piece
“Once Upon a Time in Hollywood” (2019)


Bringing an iconic comic book character to life is no easy feat. However, if anyone is up to the task, it’s Margot Robbie. While Harley Quinn’s most recognizable outfit is still her motley black-and-red one-piece, this look, sported by Robbie in 2016’s “Suicide Squad”, is a close second. It hits all the beats of Quinn’s manic psyche; a colorful, tattered, sparkly mess, just barely held together, and yet, totally awesome from head to toe. From the colorful pigtails and smeared eye shadow, to the bevy of tattoos and golden accessories, this look screams: “Don’t mess with me”. Oh, and she has a baseball bat. In Margot Robbie’s pantheon of epic movie looks, this one stands alone.
Comments ∧