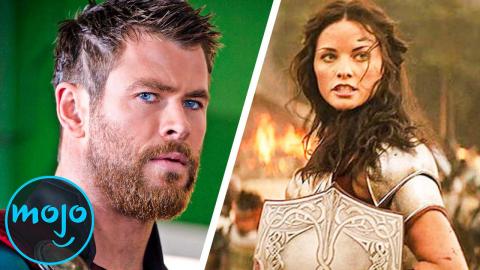 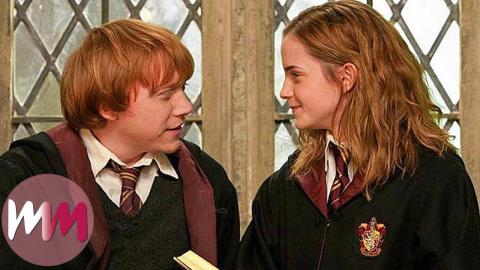 Top 10 Movie Characters Who Become a Couple in the Sequels 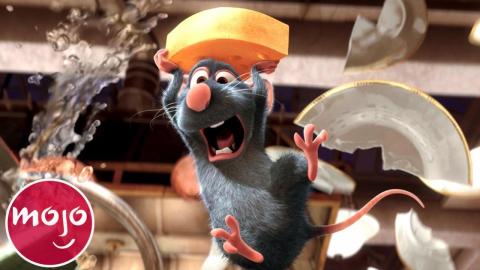 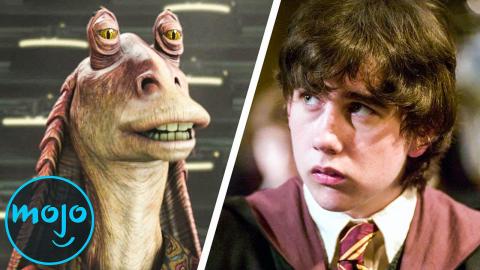 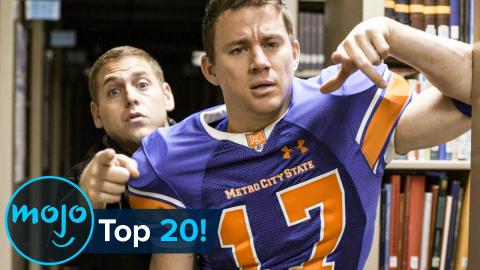 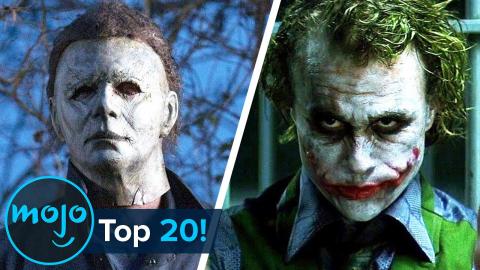 Top 20 Evil Characters of All Time 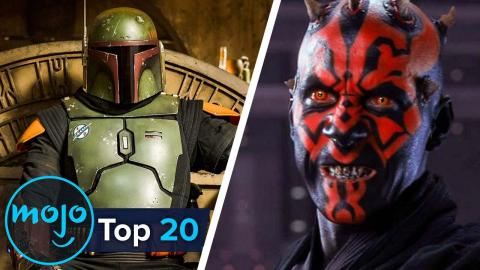 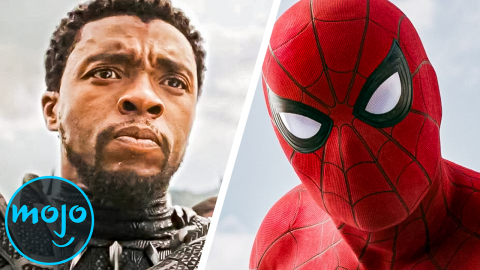 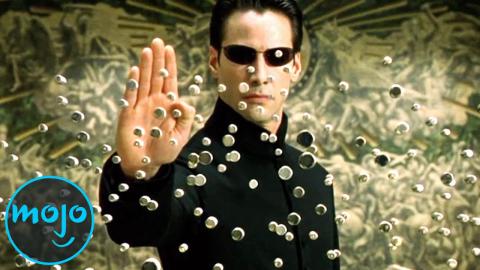 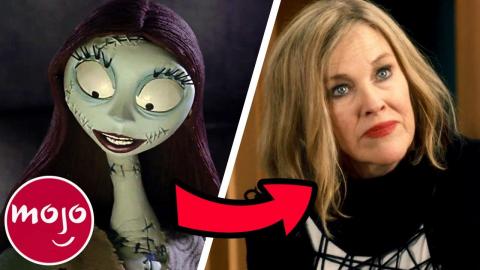 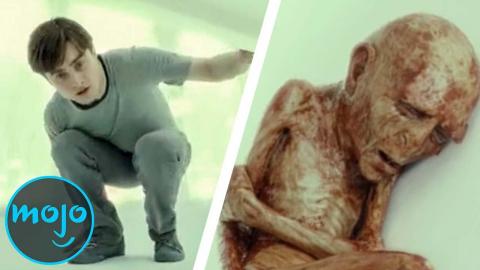 Top 10 Movie Questions That Got Answered in The Sequel 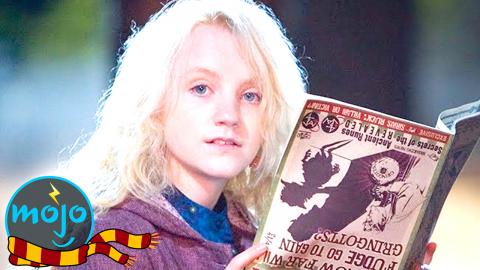 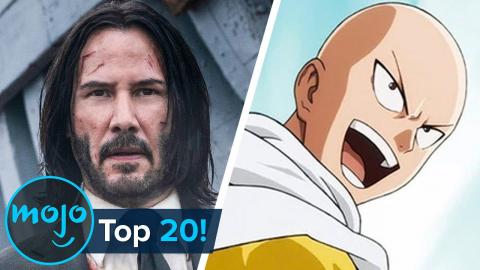 Top 20 Unbeatable Characters of All Time

VOICE OVER: Phoebe de Jeu WRITTEN BY: Garrett Alden
Uh, where did these characters go? For this list we'll be going over some of the characters from films who either completely vanished from the sequels or whose roles were drastically diminished. Our countdown includes Mikaela Banes, The Dursleys, Effie Trinket, Lois Lane, and more!


Where’d they go? Welcome to WatchMojo and today we’ll be counting down our picks for the top 10 movie characters that sequels totally forgot.

For this list we’ll be going over some of the characters from films who either completely vanished from the sequels or whose roles were drastically diminished. We won’t be including characters whose actors died between movies, like the Joker.

“Thor: Ragnarok” (2017)
Thor’s allies before his third movie tend to be forgotten pretty often, both by fans and the movies themselves. Did anybody even notice that Hogun left early in “Thor: The Dark World?” Or remember his name? Still, of Thor’s friends, Sif is arguably the most memorable, and her absence in “Thor: Ragnarok” is unexplained in the film. Out of universe, her actress was filming a TV show at the same time and could not appear, while producer Kevin Feige has claimed that Loki banished her, but even so, Sif deserved a name drop at least.

The lawyer and consigliere of the Corleone crime family, Tom Hagen is among the most level-headed characters in the film series, as well as the most trusted man who isn’t a direct blood relation. However, despite being a prominent part of the first two movies, Hagen did not appear in “Part III,” with the only mention of him being that he passed away some time between the second and third movies. Reportedly, actor Robert Duvall could not reach a salary agreement with the filmmakers, and a planned storyline involving a split between Hagen and Michael had to be cut, which is a real shame.

A budding mechanic and the love interest of the franchise’s initial human protagonist Sam Witwicky, who also nearly made our list, Mikaela Banes is a pretty standard heroine in a Michael Bay movie. Still, while she is generally there for fan service, Mikaela does have some depth to her, which is more than most of the human characters. But Mikaela is essentially replaced with a new model, figuratively and literally, in the third film. This happened after actress Megan Fox made some disparaging remarks about the franchise’s director Michael Bay, and there seems to be little love lost between them.

“Hellboy II: The Golden Army” (2008)
New guy didn’t last long, huh? Myers was introduced in the first “Hellboy” film as an FBI agent recruited to the Bureau of Paranormal Research and Defense to act as the titular demonic hero’s liaison. He acts as the audience surrogate, allowing us to be introduced to Hellboy and his team naturally, while also offering some tension with the big red guy’s love interest. Strangely, Myers is nowhere to be seen in the sequel, though it is mentioned that he was shipped off to Antarctica at Hellboy’s request. Although his primary narrative purposes had been served in the first film,


“Men in Black II” (2002)
A coroner who does autopsies on several aliens brought into her morgue, Dr. Laurel Weaver becomes involved with the Men in Black when they check in on her patients. Despite getting her memory temporarily erased, Dr. Weaver gets roped back into things after another alien comes looking for something the deceased left behind. In the end she ends up saving the day and even joining the MiB. And yet, when the sequel came around, her character, dubbed Agent L, is revealed to have gone back to her old job between films. Reasons for the actress’ absence vary, but whatever the cause, it certainly would’ve been nice to see her back.

The eponymous boy wizard’s awful non-magical relatives, the Dursleys may have raised him, but they certainly don’t love him - and the feeling is mutual. However, the family are a necessary evil that Harry must endure every year, as his blood relation to them keeps him hidden from Voldemort. Despite appearing in all the books the series is based off of, their appearance in the fourth entry in the series is omitted entirely. While the books saw a protracted scene of the Weasley family picking him up from their house, with disastrous results, the “Goblet of Fire” movie begins after they’ve already gotten him.

One of the more colorful side characters in “The Hunger Games” franchise, both literally and figuratively, Effie Trinket is the Capitol advisor to Katniss and Peeta. Although initially a shallow, fashion-obsessed woman emblematic of the Capitol’s excesses and obliviousness, Effie becomes more empathetic as the series goes on, even joining the rebellion in the penultimate film, in a movie-original storyline. However, her role is drastically reduced in the final movie compared to the previous one. Granted, the filmmakers had a lot to wrap up, but it would’ve been nice to see the arc they’d built for her go further than it did.

Renowned as the plucky reporter who romances the Man of Steel, Lois Lane is a mainstay of Superman media. And yet, the third movie in the 70s and 80s the franchise saw the character sidelined. “Superman III” essentially replaces Lois Lane with Clark Kent’s high school sweetheart Lana Lang (the series sure loves its double L characters doesn’t it?). According to Lane’s actress, Margot Kidder, her character’s smaller role in “Superman III” was due to her expressing dissatisfaction at the studio’s treatment of director Richard Donner in the previous 2 films. Quite the scoop!

One of the Resistance members introduced in “Star Wars: The Last Jedi,” Rose Tico loses her sister in battle and then embarks on a side mission with Finn. Whether you’re a fan of hers or not, there’s no argument over the fact that Rose had a heavily reduced presence in the sequel, “The Rise of Skywalker.” After being a part of one of the more divisive subplots in an already divisive movie, Rose is reduced to a glorified background character in the final installment, barely having any lines and not having much impact on the plot. Supposedly, much of Rose’s material was cut, as it heavily involved scenes with General Leia, whose actress passed away, necessitating their excision.

Although this franchise is known for dropping characters from sequels (Nightcrawler from “The Last Stand” anyone?), arguably the biggest diss is to Rogue in “X-Men: Days of Future Past.” The southern mutant with the power to temporarily take powers from others and/or suck the life out of them, Rogue is almost absent from the theatrical version of the movie, only appearing in a cameo at the film’s end. Rogue was originally intended to feature prominently in a subplot in the film, which was ultimately excised entirely. However, an alternate version of the film with the deleted scenes restored, appropriately titled “The Rogue Cut,” has been released.
Comments ∧