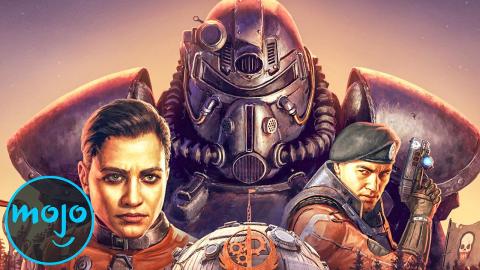 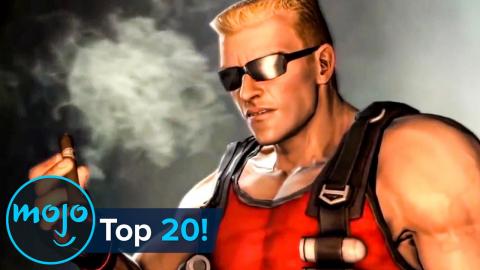 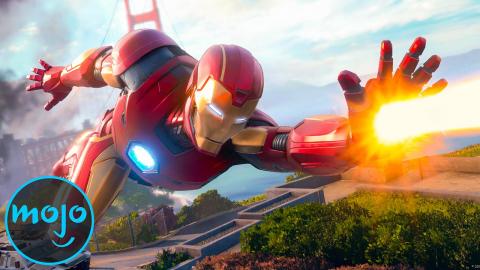 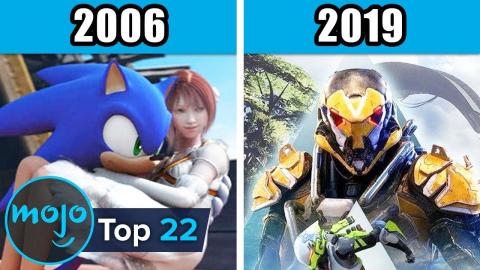 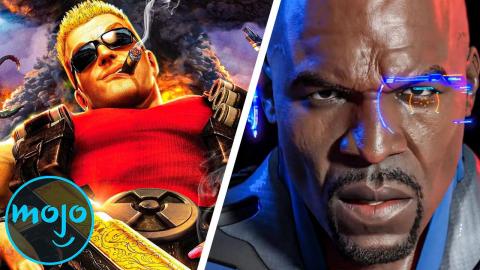 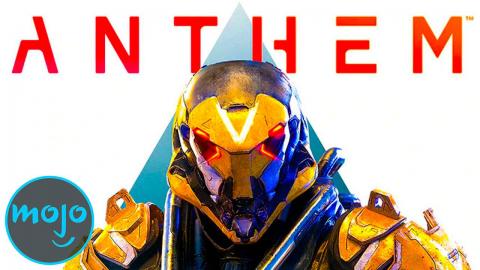 Top 10 Video Games That Were Set Up To Fail 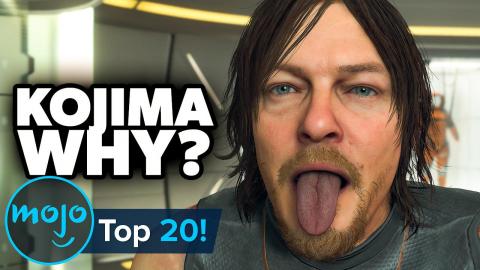 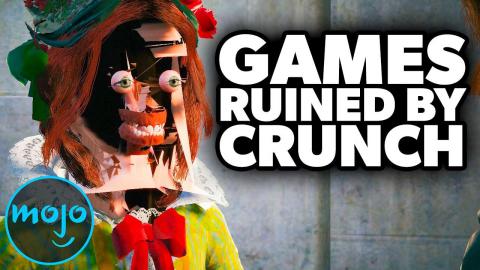 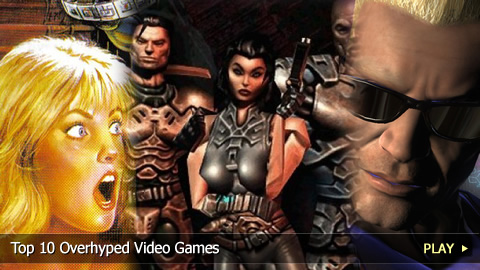 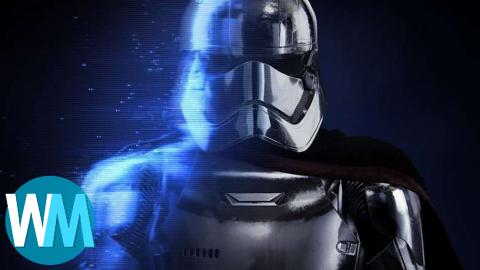 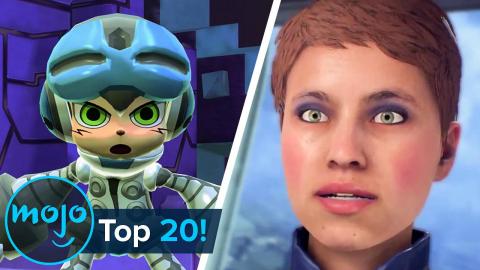 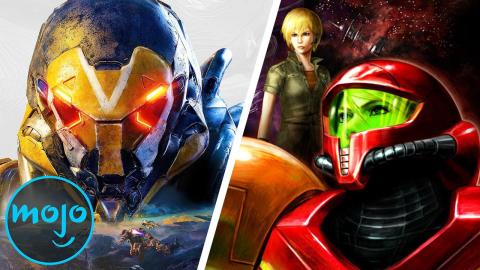 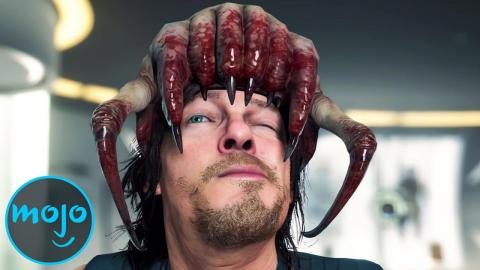 VOICE OVER: Ryan Wild WRITTEN BY: Aaron Brown
It was inevitable that these video games would end up being a disappointment. For this list, we'll be looking at games that we held out hope for, despite all the warning signs. Our countdown includes “The Elder Scrolls: Blades” (2020), “Crackdown 3” (2016), “Metroid Prime: Federation Force” (2016), “Tony Hawk's Pro Skater 5” (2015), “Duke Nukem Forever” (2011) and more!
Transcript ∧


Welcome to WatchMojo, and today we’re counting down our picks for the Top 10 Games We All Knew Would Suck but We Hoped Wouldn’t.

For this list, we’ll be looking at games that we held out hope for, despite all the warning signs.

Did we leave out any games that you had high hopes for despite all the evidence against it? Let us know down in the comments.

Whenever a mobile spinoff is announced for a major franchise, it’s met with a disappointing groan - and rightfully so. The name Elder Scrolls however does carry a certain weight in the gaming community and Bethesda are masters at creating hype for new titles. Still, even by our lowest standards, we expected more. Shoddy and unresponsive controls, a bare bones story with no open world, and the predatory nature of the game’s microtransactions made this title a clear cash grab, from a developer whose reputation was already on the decline.

The original Crackdown was one of the surprise success stories for the early days of the Xbox 360. Coming packaged with beta access to Halo 3 might’ve certainly helped sales, but the title itself reviewed well and became an instant hit. Microsoft bet a lot on Crackdown 3, positioning it as a flagship title for the Xbox One and for the future of cloud streaming. In demonstrations, the cloud-powered physics enabled incredibly impressive destructible environments. Warning signs came however in the form of multiple delays, and by release, the destruction had been massively downgraded. The game was called out for boring gameplay and its inability to bring anything new to the franchise. When Terry Crews can’t even save your game, it never really had a chance.

Nintendo has something of a rocky relationship when it comes to their established franchises. Gamers begged and patiently waited for news of a new Metroid game and Nintendo finally answered; with Metroid Prime: Federation Force. Not only was franchise icon Samus Aran absent, the game was clearly aimed at multiplayer audiences. Gamers expecting the next mainline game in the beloved franchise were understandably upset and the game was heavily criticized by fans and critics alike upon release. Here’s hoping the upcoming Metroid Prime 4 will bring the franchise back to its former glory.

Tony Hawk has had it rough in recent years - besides not being recognized in real life. His games and their pedigree have dramatically dropped with each new release and peripheral. Activision won’t give up a license when there’s money to be made though, so Robomodo and Disruptive Games were tasked with bringing the long dormant property to modern audiences - in just a few months. The result made even the most diehard fans hide their faces in embarrassment. The game landed with such a thud that many feared the franchise had seen its last days. Thankfully the remaster of Tony Hawk 1 & 2 re-established the series’ name. But with Tony Hawk 5 being delisted from store fronts, it seems even Activision wants to forget the game ever happened.

In the time since Duke Nukem Forever began development, there had been three separate gaming generations. Production first began in 1996 by original developer 3D Realms before it was finally released in 2011 by Gearbox Software and 2K. Fifteen years is a long time, and even though fans were excited to finally have this long delayed title, its lengthy and tumultuous development did not bode well. And predictably enough, the game turned out to be generic and bland - a title clearly stuck back in the 90s. Many wished the Duke had simply remained in his own time instead of leaving a Duke Nukem sized stain Forever in ours.

Many of the games we enjoy today wouldn’t exist without John Romero, who helped create Wolfenstein, Doom, and Quake. His game Daikatana, however, is certainly not a title that resides among gaming royalty. A bizarre marketing campaign using a poster that announced Romero’s intention to make gamers his, um ... well, you can fill in the blank there ... raised more than a few eyebrows. But still, gamers could be forgiven for hoping, given the hype and name involved. Upon release however, the game was lambasted for it’s dated mechanics, atrocious AI and obtuse design decisions. John Romero certainly owned gamers with Daikatana, but not in the way originally intended.

So much has already been said about Fallout 76’s disastrous release. But it bears mentioning that up until launch, there were still quite a few people genuinely excited for the game. Gamers had long requested an MMO style game set in the Fallout universe, and 78 looked to finally fulfill that wish. However like most wishes, there was a catch: Bethesda’s decades old and heavily modded “Creation Engine”, which was clearly never designed to handle the high demand of an online game with multiple players on a single server. The game crippled Bethesda’s reputation, and the developer only seems to keep digging themselves in further with each new update. Fingers crossed for Starfield and Elder Scrolls 6.

After Mass Effect Andromeda, BioWare had a lot of trust to build back up among gamers with Anthem. The much hyped title got off to a brilliant start with a jaw dropping demo at E3 2017, only to go mostly silent leading up to the game’s launch. Gamers were cautiously optimistic about the “Iron Man Simulator”, but after Andromeda, also justifiably wary. Bugs and glitches dragged down the title’s already repetitive and grindy gameplay in a world far more linear and empty than originally promised. Reports of the game’s development didn’t help matters when it was revealed that most of the game was patched together in the last few months amid an already turmoiled production.

Even today, the Shenmue series name still carries quite a bit of weight in the gaming community. Known for popularizing the use of day/night cycles and quick time events, the first and second games were far ahead of their time. Naturally fans had been clamoring for another entry, and at E3 2015 gamers finally got their wish ... with series creator Yu Suzuki launching a Kickstarter campaign. Many were understandably hesitant, and after multiple delays, the game finally released to middling reviews at best. It was a game seemingly stuck in another time, and worse yet, it ended on yet another cliffhanger that might never be resolved.

Before we unveil our top pick, here are a few dishonorable mentions.

Asymmetrical Multiplayer Managed to Make Being the Predator Boring

The hype for Marvel’s Avengers game was huge, with eager gamers wondering: what kind of game would it be? Single player? An Ultimate Alliance style multiplayer? Turns out the answer was everything and the kitchen sink. It was a single player game, but also a loot-focused multiplayer live service title with battle passes and in-game currency. With countless bugs, bizarre gear design decisions, and bland and repetitive gameplay, it was savaged by critics, and gamers spoke with their wallets. To date the game has yet to recoup its production costs and with future DLCs being delayed, it doesn’t look good for Earth’s Mightiest Heroes.
Comments ∧