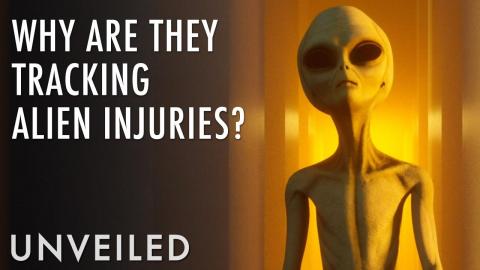 Why the Government Thinks UFOs Could Be Hurting Citizens | Unveiled 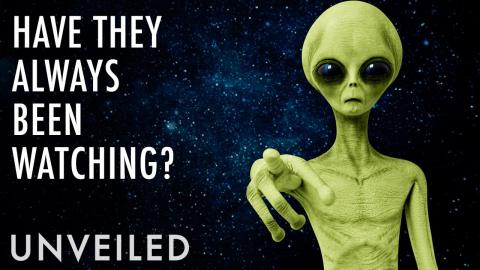 Have Aliens Been Monitoring Us From The Beginning Of Time? | Unveiled 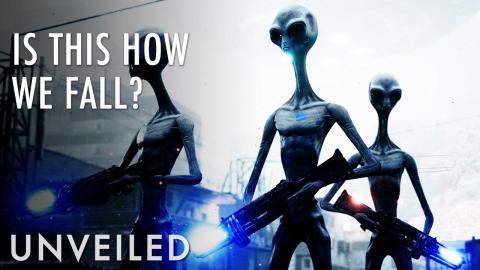 Is This How Aliens Would Spy On Us In Real Life? | Unveiled 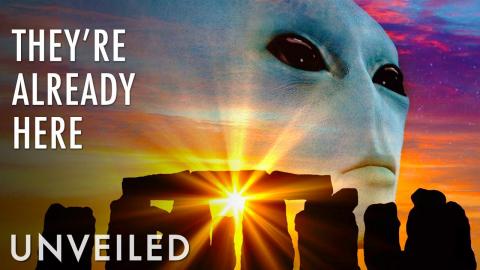 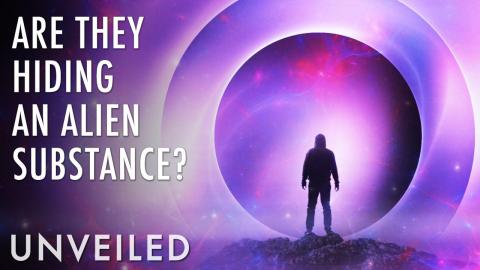 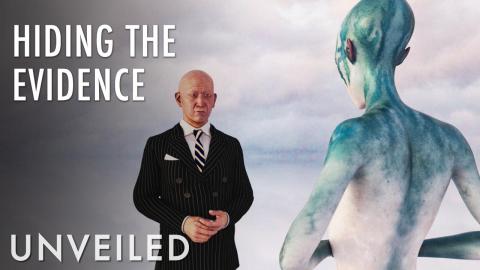 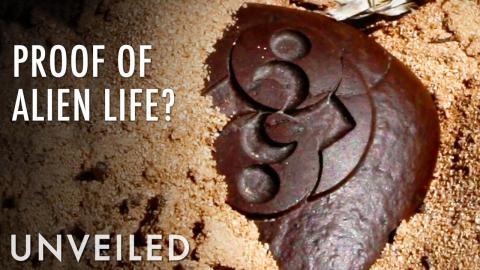 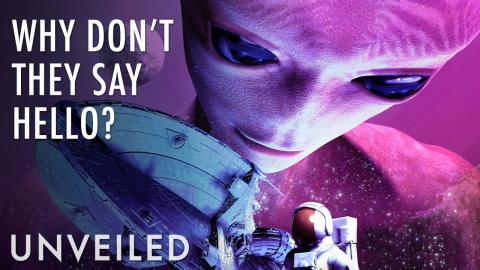 The Real Reason Why Aliens Haven't Contacted Us Yet | Unveiled 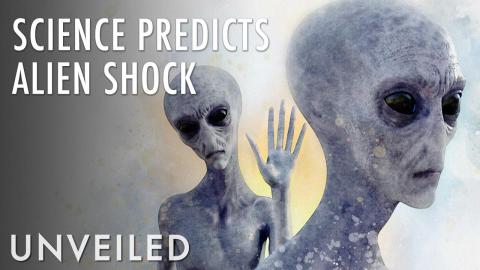 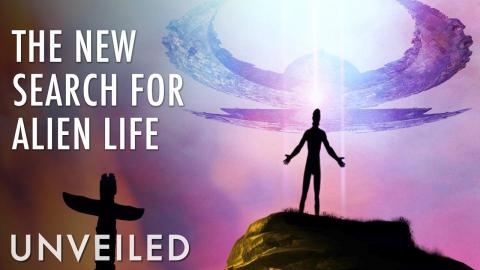 Why Scientists Are Searching For Alien Life WITHOUT Govt. Help | Unveiled 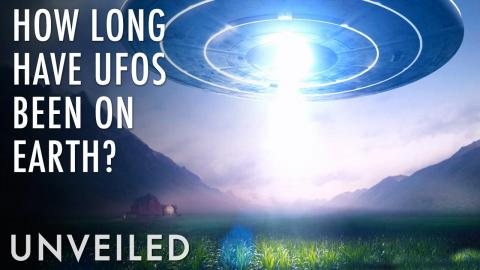 How Long Have UFOs Been on Earth? | Unveiled 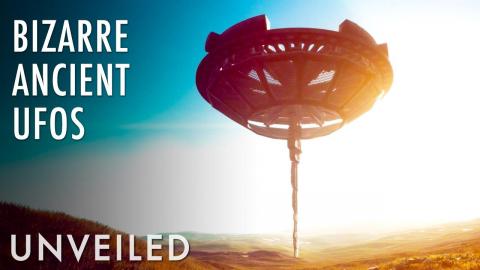 What Happens If an Alien Satellite Appears In Earth's Sky? | Unveiled

VOICE OVER: Peter DeGiglio
UFOs spotted around the world! First Contact is here! But, what happens next?? Join us... and find out!

What would you do if you saw a genuine alien spaceship? In this video, Unveiled takes a closer look at how humankind will react if (or when) an alien satellite finally arrives in the sky on Earth! It's a tale of chaos, panic, fear and discovery... as we wonder whether they come in peace, or if they're here to wipe us out!
Transcript ∧

What Happens If an Alien Satellite Appears in Earth’s Sky?


Have you ever looked up at the sky and got lost thinking about how small and insignificant life on Earth really is? Ever glanced at the passing clouds and caught yourself wondering over what the weather’s like on Jupiter right now? Well, cast your mind back to those cosmic, daydream moments, and imagine how different they would’ve been had your view been obstructed by something… extraterrestrial.

This is Unveiled, and today we’re answering the extraordinary question; what happens if an alien satellite were to appear in Earth’s sky?

By now, humankind is no stranger to sending probes out into space. We have orbiters around most of the solar system planets, passing some of the moons, and we’ve even beelined for specific asteroids in the past. We also have the Voyagers, steadily going about their business, cruising through interstellar space, perhaps one day destined to venture into a new star system altogether. As far as we know, though, none of our machines have to date been spotted by aliens. Or, at least, if they have been, then the aliens haven’t let on that they’ve discovered what we’re up to. If the reverse were true, how do you think humans would react?

Picture the scene, you’re eating breakfast and absent-mindedly watching the news headlines before you go about your day… only this time the top story is literally life changing. Alien technology in Earth’s atmosphere! News reporters have rushed to the scene to get a close-up shot of this unknown entity, while the military has cordoned off the area and is trying to communicate with it. Elsewhere, the world is united in a whole range of emotions. Panic, probably. Intrigue, understandably. Existential crises, quite possibly. How would you feel?

First contact of any kind is sure to be a momentous day for humanity, because it will finally confirm what an increasing number of scientists, astronomers, and general onlookers have suspected all along; that we are not alone. But an alien satellite isn’t quite the Hollywood blockbuster type of setup that so many of us have hoped for… or feared. It’s just not as personal. Were another civilization to stumble across the Voyagers, for example, then they might still never meet an actual human being. They could work for years to decipher the golden records that the Voyagers carry, and one day succeed… but the immediate revelation of another life-form will have been denied them. And that’s what we’d be dealing with here.

An alien satellite would imply first of all that Earth is being watched from afar, and that perhaps it has been watched for a long time. Just as we send probes out on reconnaissance missions to scope out other worlds, now Earth would be the target for another, unknown group. And that’s reason enough to be concerned! How did they find us? What do they want with us? And is this alien satellite a harbinger of doom? We’ve had glimpses of what the reaction might be like in recent years, with the discovery of the ‘Oumuamua object and the Black Knight conspiracy theory.

First, ‘Oumuamua. Spotted by astronomers in October 2017, it’s a long, thin, roughly cigar-shaped something… crashing through nearby space. It’s important because it’s the first confirmed extraterrestrial object that we’ve ever caught passing through the solar system. And, while most scientists err toward it being a natural, asteroid-like formation, there are some - including the Harvard astronomer, Avi Loeb - who argue that it could be an alien machine. Extraterrestrial tech. A satellite of some kind, sent perhaps not to check out Earth specifically, but certainly to get a closer look at our star (and the planets around it) in general.

It’s not surprising, then, that ‘Oumuamua made countless headlines in the first few weeks of its discovery, as the watching world wondered whether this was finally it - first contact! So far, though, all that’s really happened is that the object made its relatively close approach to the sun and Earth, before being catapulted back out toward the edge of the solar system, perhaps never to be seen again. Did it take a natural trajectory, or a calculated route? Most scientists believe, again, that it was all natural… but Loeb (and some others) argue that an apparent acceleration away from the sun implies that ‘Oumuamua is (and was) artificial.

The Black Knight conspiracy theory is a lot less measured and scientifically accurate, but it’s perhaps a lot more revealing as to what the wider response to an alien arrival would probably be. The Black Knight theory is the unproven belief that a dark, alien satellite is currently monitoring Earth, perhaps while in orbit around the moon, and that it may have been in our skies for more than 12,000 years. It was a much-debated topic amongst UFO enthusiasts throughout the twentieth century… with various apparent sightings in the 1950s and ‘60s, rounded off by a claimed photograph of the Knight captured during an early mission to the International Space Station, in 1998. At the time, NASA explained away the dark shape as an errant thermal blanket, recorded as lost in space during an earlier EVA. But not everyone was satisfied with this space debris suggestion… and claims of a NASA cover-up have bubbled ever since. For theorists, the photograph stands as an iconic image, and alleged proof of near-Earth alien activity.

The day, then, when a true alien probe appears in the sky for all to see could well be a day of unbridled anarchy. Many would feel that the agencies like NASA, that we usually look toward to guide us through space, will have let us down. Cover up or not, were the satellite to arrive without warning, then it would show the global population that the world’s intel and defences were severely lacking. That, on a cosmological scale, we apparently existed as sitting ducks. Waiting to be picked off by a more advanced and supreme force. As a result of that revelation, we’d see panic, chaos, and riots. There’d also be suspicion, though, and perhaps allegations made that the satellite wasn’t in fact alien in origin… but had instead been launched by one nation or another, as an act of intimidation. The arrival of an alien satellite in the sky, then, could well trigger war on the ground. And humans could destroy themselves before they even have a chance to infer the aliens’ intentions.

Get through those dark days, though, and a genuine alien satellite could prove to be the greatest thing that ever happened to Earth. Would you rather live in a world, like today, where we don’t know for sure what’s out there? Or one where we do know that Earth isn’t all there is? The impact that an alien arrival would have on our technology, psychology, art, and culture would be immense. It’s true, a satellite wouldn’t mean an immediate face-to-face meeting… but if there were some way to learn of its reason for visiting, then humanity’s place in the universe would suddenly change. And if it bore a message along the lines of, we come in peace, then our civilization could unite underneath it, striving to build a connection between us and the aliens. Of course, if a confirmed alien satellite were to appear and then disappear very quickly, and especially if it brought a hostile message, instead - like, we will return and when we do, we’ll kill you all - then the outlook isn’t quite as rosy.

But, either way, the satellite would surely be subject to some of the most intense scientific scrutiny ever. In the same way as some believe that ‘Oumuamua (whether natural or artificial) now represents an opportunity missed, because it came and went too quickly for us to really take any information from it… here would be a chance to fast-track our knowledge of the universe. If we could curb our suspicions, control our fears, prevent war from breaking out, and work together… then a visiting satellite becomes the ultimate shared problem.

The task of deciphering it is naturally made a lot easier if it’s friendly, but it’s also a lot more urgent if it’s not. And, just as most SETI initiatives have policies wherein any one group cannot respond to an alien message without first discussing it with the international community, this is certainly something that would need to be shared. Something that would require a global effort. With all human beings - all life on Earth - brought together as one, under the watchful gaze of an extraterrestrial machine. And that’s what would happen if an alien satellite were to appear in Earth’s sky.
Comments ∧