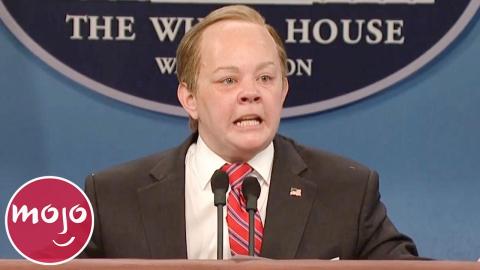 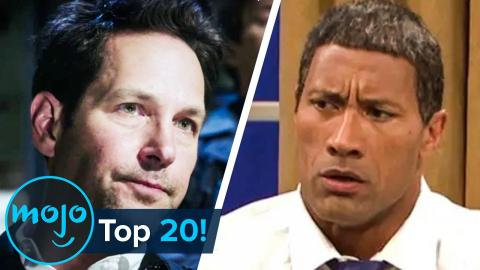 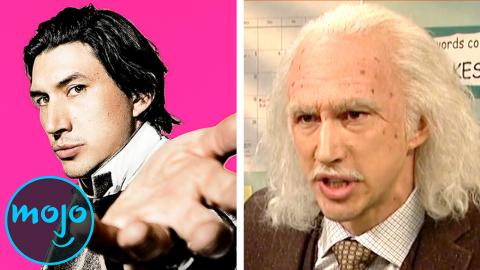 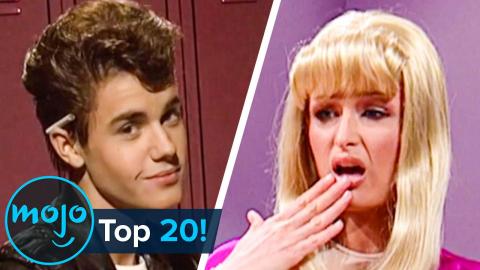 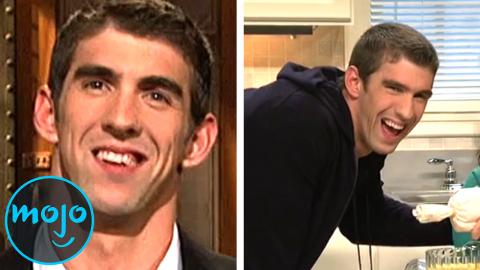 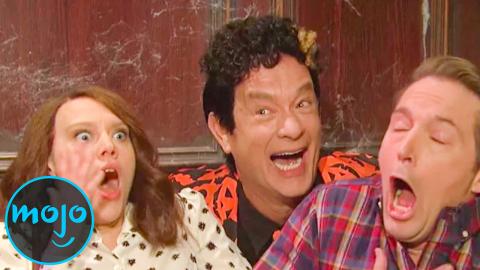 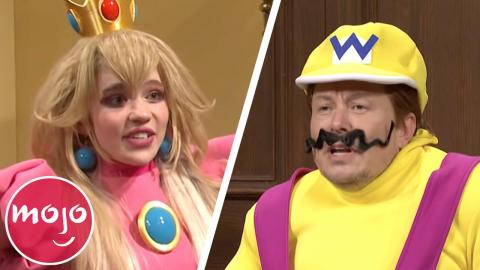 Top 10 Surprising Times SNL Hosts Brought on Their Significant Others 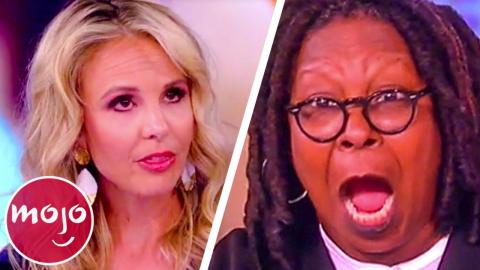 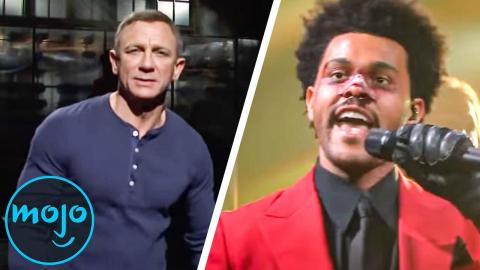 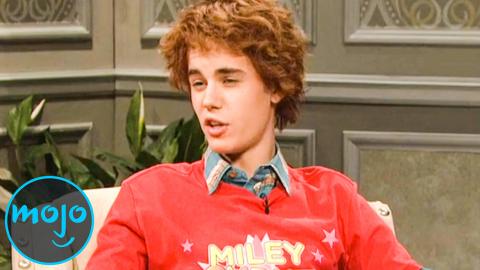 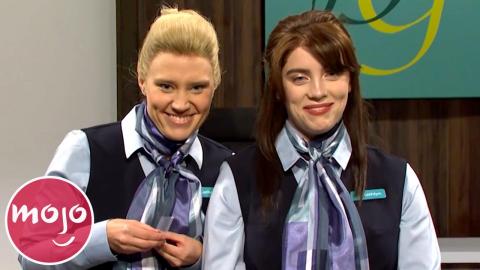 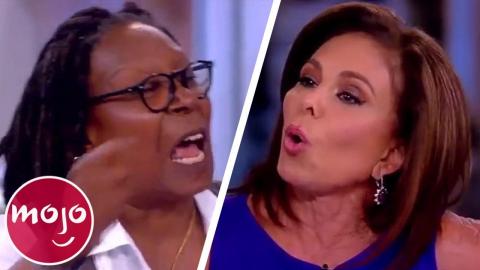 
Welcome to MsMojo, and today we’re counting down our picks for the Top 10 SNL Female Guest Hosts

For this list, we’ll be looking at the best female guest hosts on “Saturday Night Live.”

Who’s your favorite female “SNL” host? Let us know in the comments.


A surefire way to be a great “SNL” host is to have years of experience as a cast member. Maya Rudolph was a legend during her tenure on “SNL,” and whenever she’s come back to host, we’re sorry she ever had to leave. So far, Rudolph has hosted twice, once in 2012 and again in 2021. She's brought back classic sketches like "Bronx Beat" and hilarious impersonations like Beyoncé. While nine years between hosting gigs is definitely a long time to wait, patience pays off when it’s a performer as capable as Rudolph. Still, we'd love to see her return more often.


Taylor Swift has appeared as a musical guest on “SNL” four times, but she’s only hosted once, in 2009. However, it was such a good job, we’re sorry she hasn’t hosted more. Pulling double-duty as both host and musical guest, the then-20-year-old Swift expertly demonstrated her comedic and musical chops, including both at the same time. In her monologue, Swift performed a song that referenced her reputation for writing hard-hitting breakup songs. She even threw some shade at Kanye West, two months after his infamous VMA interruption. And in her sketches, Swift shone playing herself and different characters. We're glad she's making music, but Taylor Swift could also have a great career as a comedic actress.


Natalie Portman hasn’t appeared in a ton of comedies, which makes it such a treat when she hosts “SNL.” In her first hosting gig in 2006, she got everyone talking with the “Natalie’s Rap” Digital Short. She also was a perfect fit for the eccentric “Art Dealers” sketch. Then, in her second hosting gig in 2018, Portman showed that winning an Oscar hadn’t taken away her sense of humor, delivering another rap and great work in other sketches. This included another take on First Lady Jackie Kennedy. While this rendition didn’t get her nominated for any Oscars, it reminded us what a dynamic talent Portman truly is.


Another incredible talent who we can’t believe has only hosted “SNL” once is Kerry Washington. The “Scandal” star delivered an excellent hosting gig in 2013, clearly embracing the opportunity to really cut loose and earn some laughs. Among the best sketches featuring Washington were parody MTV dating show “Date or Diss” and a spin on “What Does the Fox Say?” Washington also showed off her impression skills in the cold open, which doubled as an incisive commentary on “SNL’s” rocky history with diversity. Here’s a real-life scandal: the fact that Kerry Washington hasn’t hosted “SNL” more often.


Unsurprisingly, one of the best female “SNL” cast members has also been one of the very best hosts. Since departing the show in 2012, Kristen Wiig has hosted an impressive four times, including twice in 2020. With every hosting gig, Wiig has reminded us why she was such a beloved presence on “SNL.” She’s brought back beloved characters like Sue and Target Lady, and led in new sketches, like one where she plays a mom having trouble hiding her Christmas morning disappointment. One thing we’re never disappointed about? Seeing Kristen Wiig return to Studio 8H.


It should come as no surprise that Melissa McCarthy is a great “SNL” host, given her impeccable comedic timing, but this member of the Five-Timers Club wows us every time. McCarthy capped off an extraordinary 2011 with her first hosting stint, and it quickly became apparent that she would not be a one-and-done. As McCarthy’s fame rose, her enthusiasm didn’t waver. And characters like Barb Kelner showcase the Oscar-nominated McCarthy's talents for making us laugh and for her characters at the same time. And we can’t forget her incredible impression of former White House Press Secretary Sean Spicer. We could always use more Melissa McCarthy on “SNL.”


You don’t win an Oscar without displaying some serious versatility. And that’s exactly what Emma Stone has done in her four times hosting “SNL.” Since her first time hosting in 2010, following her breakout role in “Easy A,” Stone has become more and more confident on the “SNL” stage. And like any good host, she hasn’t been afraid to make herself look silly. Sketches like “Bridal Shower Gifts” and “Dorm Room Posters” work so well due to Stone’s immense effort, voice and all. Stone seems destined to become a member of the “Five-Timers Club” and counting.


Having worked on "SNL" as a cast member, Weekend Update host, and head writer, Tina Fey is truly "SNL" royalty. And in the six times she's hosted, we can always sense the magic in the air. Fey knows the world of “SNL” better than just about anyone, and she instantly finds her rhythm with any cast. While Fey was known more for writing during her years on “SNL,” her time on “30 Rock” clearly sharpened her performing skills. Watching Fey, you get the sense that she could accept a hosting gig 10 minutes before airtime and still turn in exceptional work. Like anyone who excels in a tough environment, Fey makes hosting “SNL” look easy.


Drew Barrymore made “SNL” history in 1982 when she became the youngest host in the show’s history at age seven, a record that we doubt will ever be broken. And she hosted five more times between 1999 and 2009, each time showing her amazing comedic talents. Whether she’s starring in a hilarious spoof of an 80s workout video or playing Sharon Osbourne recounting a supposedly supernatural encounter, Barrymore’s presence is undeniable. She may have been born into an acting dynasty, but Drew Barrymore’s time on “SNL” shows she’s not just coasting on legacy. She’s long overdue for a return.


In 2010, a Facebook campaign was launched with the hopes of getting legendary comedienne Betty White to host “SNL.” And fans' wishes were soon answered, as the 88-year-old White became the oldest host in the show’s history. Not only that, but she also became one of the very best. White’s “SNL” hosting gig was both a demonstration of her incredible talents as well as a celebration of just how much of an influence she’s been on generations of performers. This episode, which also featured cameos from "SNL" alumni like Tina Fey, Amy Poehler, and Maya Rudolph, earned White an Emmy and gave "SNL" its highest ratings in more than a year. The only issue? They didn’t get her to host sooner.
Comments ∧