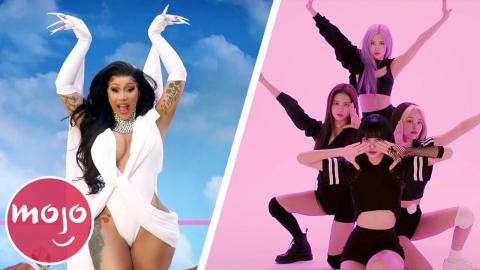 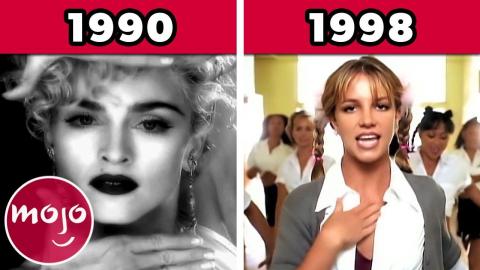 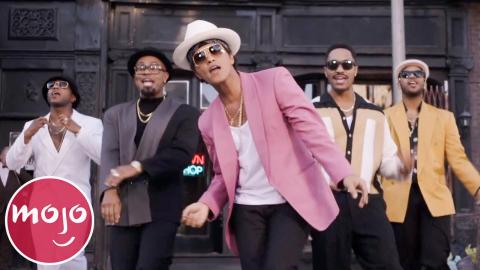 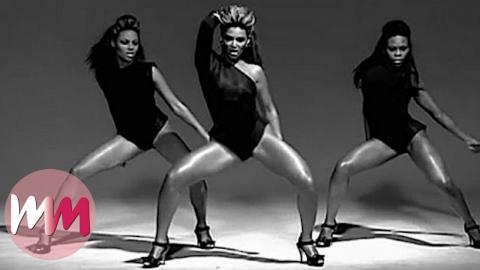 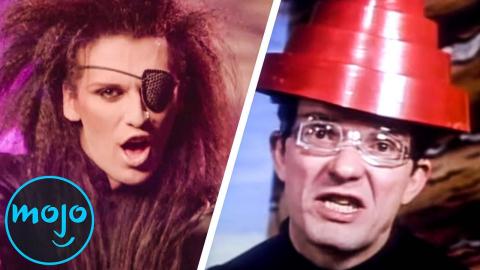 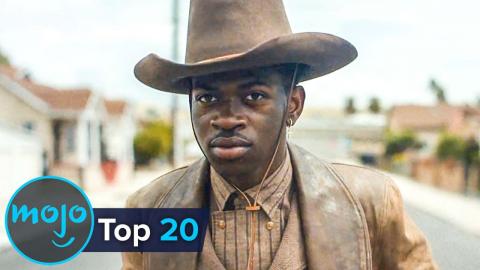 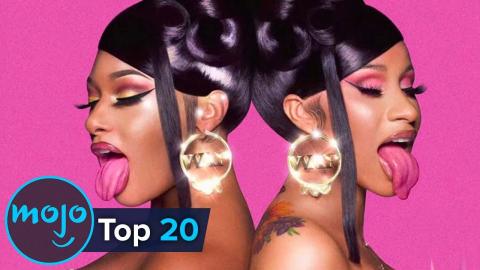 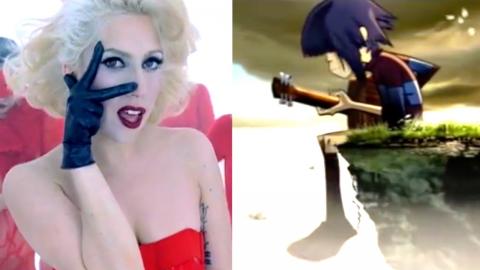 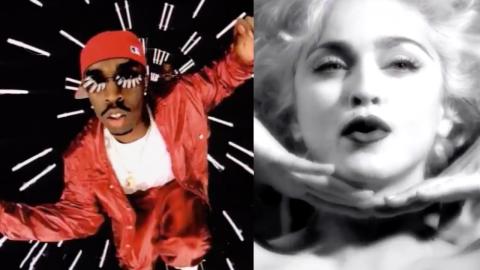 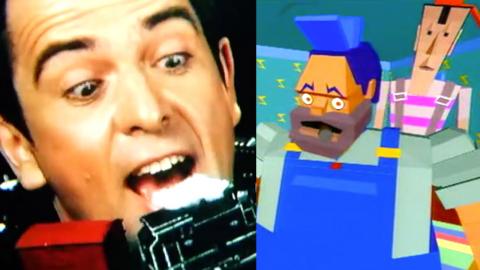 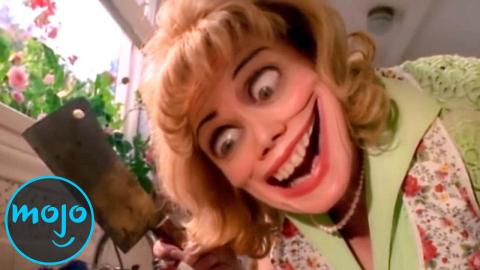 VOICE OVER: Samantha Clinch WRITTEN BY: B Stevenson
It's been a great decade for music video choreography. For this list, we'll be looking at musical shorts from 2020 onwards that feature the most impressive and rewatchable dancing and movement. Our countdown includes "Say So," "Cool Off," "Body," and more!
Transcript ∧


Welcome to MsMojo, and today we’re counting down our picks for the Top 10 Best Choreographed Music Videos of the Decade So Far.

For this list, we’ll be looking at musical shorts from 2020 onwards that feature the most impressive and rewatchable dancing and movement.

Which of these clips did you get your moves from? Let us know in the comments below!


With a glittering aesthetic that pays homage to the 1970s disco era, this visual features the L.A. rapstress at her most glamorous. Since the choreography isn’t too complicated, the dance was really able to take off online. The routine created by Haley Sharpe spread widely on TikTok. It was even incorporated into Doja’s clip and got Sharpe got a cameo in the video. But there are other memorable dance-driven moments besides this one. In particular, the nightclub scene at the end of the video features some incredible outfits and truly impressive moves. The viral choreography made sure Doja Cat’s dancing was ingrained in pop culture.


This video from the hugely popular South Korean girl group has a pretty simple premise. Released after the official music video for the song, it largely features the foursome performing the choreography against a plain pink backdrop. But don’t let that fool you. The visual finds Jisoo, Jennie, Rosé, and Lisa at the height of their powers. As they weave in and out of different formations, the performers execute fast-paced moves with precision and impact. The video only gets more exciting once a crew of backup dancers joins them towards the end of the clip. It leaves us with no choice but to attempt to learn this entire routine…with a lot of friends.


In 2019, Missy Elliott received the MTV Video Vanguard Award. The visuals that would accompany her work going forward would continue to maintain that high quality. The “Cool Off” video is mostly set in a museum. During the short, Missy transforms from a bronze statue into a wobbly toy of sorts dressed in shimmering fabric. But the true highlight is her group of backup dancers. Whether dressed in metallics or neon, they demonstrate incredible stamina, flexibility, and great hip-hop choreography. If that weren’t enough, the credits sequence features a routine that you just might be able to pull off at home. It’s amazing that Missy Elliot can still leave us stunned with fantastic dancing.


While all the looks in this video are simply amazing, the true star is its sublime choreography. With a message of celebrating bodies and their intimate appeal, the up-tempo song wouldn’t be served by just any visuals. It’s fitting that Megan Thee Stallion serves up a combination of sultry posing and far higher-energy moments. Choreographer JaQuel Knight has worked on countless notable music videos and performances, including Beyoncé’s “Single Ladies.” So, it should come as no surprise that the routine for “Body” is a workout in its own right. The massive yet minimalistic setpieces also help keep the focus almost entirely on Megan’s memorable moves.


It’s no secret that this genre-bending British artist is a talented dancer. In fact, that’s how her career began. But her artistic abilities are nowhere more visible than in this striking visual for the final single from her “Magdalene” album. It begins with Twigs following a man into a restaurant and approaching him with creepy and serpentine movements. Then, out of nowhere, the singer pulls a sword from behind her back and a jaw-dropping duel begins. As she and her opponent fly through the quiet night streets, she shows off three years’ worth of Wushu martial arts training. The combination of excellent dancing with fight choreography worthy of any action movie makes this video absolutely unforgettable.


As soon as we mention memorable videos of the decade, we simply have to mention this rapper’s visual for “Montero (Call Me by Your Name).” However, the choreo in that video is mostly limited to one scene. You know the one. Although it was an instantly iconic moment, it doesn’t quite match the dancing in “Industry Baby.” Choreographer Sean Bankhead is responsible for providing epic and occasionally risqué movements. Lil Nas X and the rest of his dancers attack each part of the routine with energy and commitment. While we probably won’t replicate EVERY detail of this routine in the club, we’ll still applaud the artist for giving us this exciting and provocative video.


After the NYC-born performer's drill-inspired single was released, Cardi B became the first female rapper to score two “Billboard” Hot 100 solo singles. Thankfully, the video more than lived up to the song’s success. The fast-paced dance routine we first saw during the pre-chorus went absolutely viral! Many TikTok users in particular just had to replicate the moves at home. In an incredible twist, R&B singer Ciara also showed off her version of the choreography on social media. But that isn’t all the video has to offer. We also get moments like Cardi and her dancers standing on one another in a human chain formation. Suffice it to say, the creativity here is off the charts.


Originally included in the album “The Lion King: The Gift,” “Already” got the full video treatment for Beyoncé’s visual album “Black Is King.” And are we ever thankful it did. For the clip, Queen Bey’s frequent collaborator JaQuel Knight worked alongside Stephen Ojo and Caleb Bonney, members of the dance group A.V.O Boyz. They paid homage to a variety of popular moves from across the African continent. Everything from the Ghanaian Network and Ivory Coast’s C’est Moi dance is included. And as an added bonus, Ojo himself even plays the prominent “Blue Man” role. The way this visual’s tight choreography celebrates diversity makes the moves feel even more epic and significant.


Superstar K-pop boy band BTS dropped multiple dance-heavy videos in 2021. From the smooth moves of “Butter” to the truly joyous “Permission to Dance,” the group had us on our feet the entire year. But in terms of impressive choreo, nothing beats the first music video for 2020’s “On”. The stunning clip was shot at California’s Sepulveda dam. This outdoor location left plenty of room for the group and a winning troupe from “World of Dance” to blow us away. Even though it has a ton of moving parts, the video’s dancing always feels smooth and wonderfully coordinated. While many BTS visuals are downright uplifting, this one has an edgy and cinematic touch that we also love.

“Physical,” Dua Lipa
This High-Concept Visual Makes Use of a Ton of Dancing Extras

“Rain on Me,” Lady Gaga & Ariana Grande
Two Megastars at a Dystopian Rave? Count Us In!


If there’s one video from the 2020s that keeps on giving, it’s this one. Through the use of multiple sets and outfits, Normani arguably outdoes her major visual achievement in 2019’s “Motivation.” Does she magically slide across a gymnasium floor as backup dancers leap around her? Check. Will you see Normani pull off Fancy footwork in a group clad in all black? Check. And we didn’t even mention the time how often Normani flips perspective, pulls off incredible transitions or hits the floor with her doppelgänger. “Wild Side” showcases multiple styles of movement that are each accented by an elaborate environment and a gorgeous look. If we had to describe this choreo in one word, it would be: Perfection.
Comments ∧