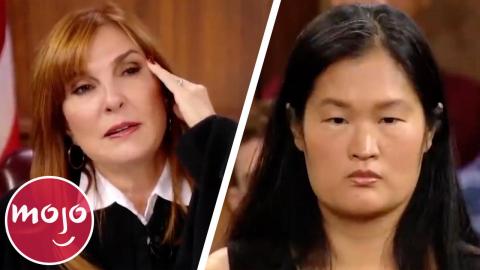 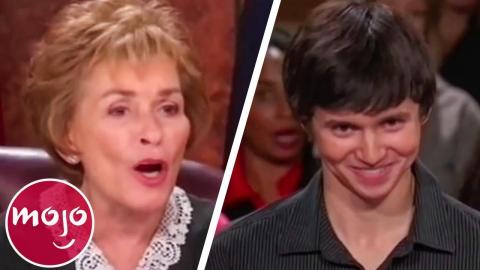 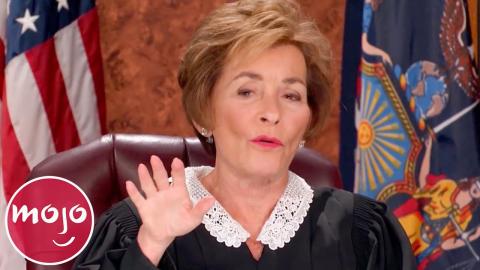 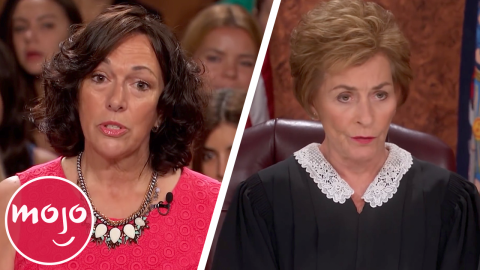 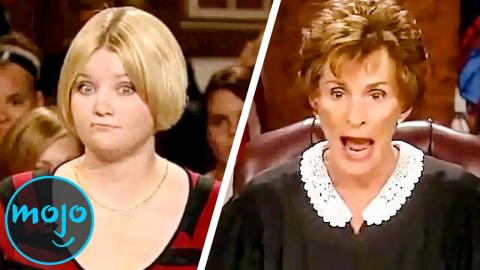 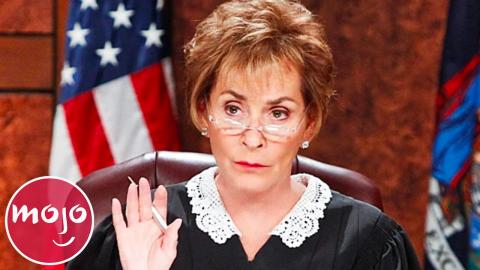 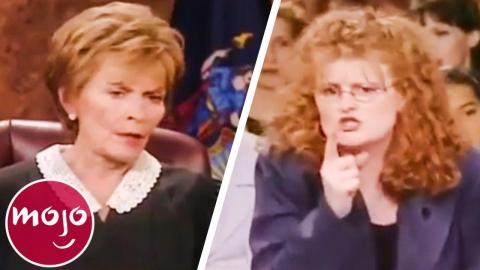 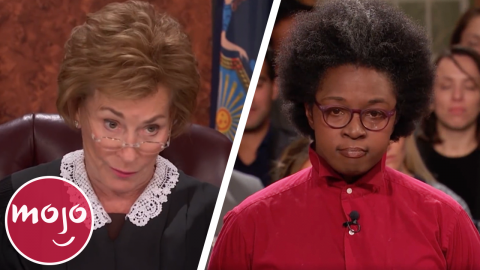 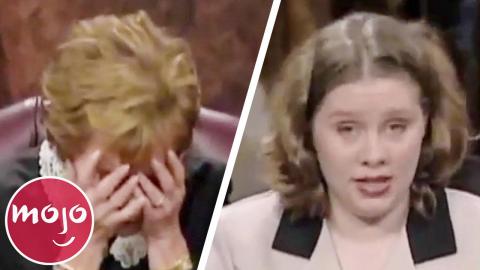 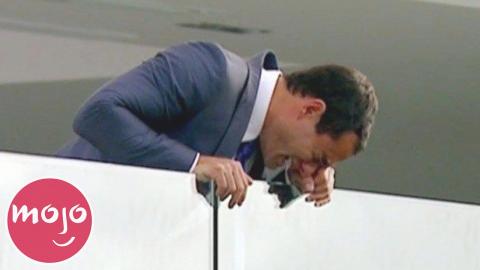 Top 10 Craziest Meltdowns on The Bachelor 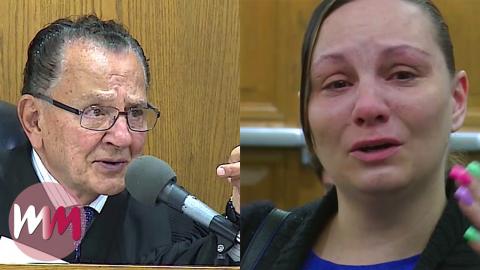 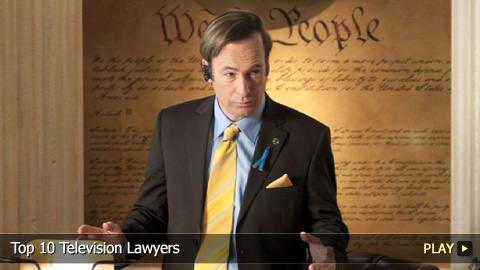 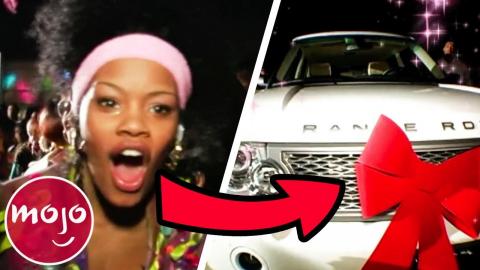 VOICE OVER: Kirsten Ria Squibb WRITTEN BY: Joe Shetina
"The People's Court" sure gets some crazy cases. For this list, we'll be looking at the wildest, most memorable things that have gone down on this courtroom series. Our countdown includes roommate squabble, playing with fire, donation rejected, and more!
Transcript ∧


Welcome to MsMojo, and today we’re counting down our picks for the Top 10 Craziest Cases on “The People’s Court.”

For this list, we’ll be looking at the wildest, most memorable things that have gone down on this courtroom series.

Did we make a convincing case? Drop your verdict in the comments below!


This wild and heartbreaking case finds two parents fighting over their dead son’s ashes. The judge can barely keep up with all the twists and turns of the story, which include very shocking allegations about the father’s history with illicit substances. As tears are shed and mud is flung, Judge Milian soon realizes this is not a case for her courtroom. But she still tries to give the emotional litigants some sincere advice. Whether or not it helped, it’s a prime example of her ability to see through to the heart of every case.


In this case, the plaintiff sues an old roommate for some items that were never returned. It seems simple enough at first. But once the judge gets to the defendant’s list of complaints, things take a turn for the bizarre. The defendant soon starts accusing the plaintiff of mistreatment, and of damaging items in the house, including a rug that was used for rather unsanitary business. The embarrassed plaintiff’s excuse is that she was just too busy to go to the bathroom at the time. The audience is noticeably grossed out and confused by what they’ve just heard. Even Judge Milian has to pause to come up with a graceful response.


The middle-aged plaintiff in this case probably thought he hit the jackpot when the young, beautiful defendant agreed to be his girlfriend. And he willingly helped her buy eyelashes, a solo vacation to Miami, and more. Judge Milian figures out what happened here very quickly. Even though the defendant laughs and refuses to take responsibility throughout the case, the judge is less than sympathetic with the plaintiff. She gets to tell him what many watching were thinking. He got into this situation, so he can’t expect the courts to intervene when he feels taken advantage of! The worst part is the plaintiff is just as clueless in the end as he was when the case started.

#7: Throwdown at the Funeral Home
Everyone grieves differently. Apparently, some people get into a fight with their relative at a funeral home. When the plaintiff shows up to court with a cast, a wrist brace, and a missing patch of hair, she tells the court about how her niece assaulted her during a disagreement at a funeral parlor. Things get even weirder when the defendant reveals that her deceased grandmother is now haunting her house as a result of this feud. Just when we thought this case couldn’t get any more unhinged, now ghosts are involved? Does she think Judge Milian is a paranormal investigator? Maybe there’s spin-off potential there.


“The People’s Court”’s first arbitrator, Judge Joseph Wapner, presides over this case of a man suing a pizza shop for giving him a thin slice of pizza as opposed to the thick one he ordered. The owner of the shop comes armed with several witnesses and a “beautiful” piece of her restaurant’s pizza to defend herself. The case is ridiculous enough on its own. But the plaintiff’s nickel-and-diming over the cookie he also bought, as well as his comically serious face throughout the proceedings make it an early classic. Judge Wapner handles it all with as much professionalism as possible, which may be the craziest part of all.


The plaintiff in this case woke up one night to find her living room in flames. It turned out the girl she was babysitting overnight was playing with a lighter. Right away, it’s clear that the defendant, aka the girl’s father, is avoiding responsibility. Though he failed to tell the plaintiff about his daughter’s proclivity to play with fire, he’s not taking much blame. When the defendant and his daughter become visibly agitated with Judge Milian, she’s shocked by their inability to control themselves and really lets them have it. Her patience has a limit, and when she runs out, no one is safe.


Judge Milian learning the plaintiff of this case was once a litigant before her husband, fellow judge John Schlesinger, may have been a first for her. But that isn’t even one of the top five craziest things to happen during this case. “The People’s Court” has had its fair share of unapologetic litigants, but this defendant deserves a special award. He’s a website developer hired to build sites loaded with outrageous and defamatory allegations against the plaintiff. As the judge outlines every single reason why he’s responsible, he can barely look her in the eye, and visibly squirms as she lays into him. Still, the defendant remains shockingly aloof. The denial on display is truly astounding.


No one gives a wrongheaded litigant a verbal tune-up quite like Judge Milian. In this disturbing case, the adult plaintiff insists that the defendant’s visually impaired teen daughter is being mistreated. He took matters into his own hands by helping her run away to Daytona. An unhinged recording of the plaintiff threatening to get the girl and her disabled mother thrown out of their house is the last straw for Judge Milian. One thing she can’t stand is a civilian thinking they’re above the law. She can’t believe the plaintiff’s hubris in thinking he could usurp the defendants’ parental rights and enable a minor to run away.


In a case Judge Milian once called one of her strangest ever, a couple sues their sperm donor for breach of contract. The defendant went to the plaintiffs’ house every day to provide his deposits, but when he asked for a break, he was accused of not satisfying his duties. After some back and forth about the number of deposits made, the judge declares it her favorite case so far. She wishes the hopeful parents the best of luck in their journey before ruling against them. Although the case itself is crazy, what really makes it special is how relatively level-headed everyone involved is. Honestly, it just makes the judge having to assess things like the limitations of male anatomy all the more unexpected.

Hit-&-Run
An Accident Inspires an Animated Demonstration From This Litigant

Dog & Cow Show
Just When You Think You’ve Seen It All, Someone Sues for Deceased Cows

Neighbors From Hell
Complaints Turned Into an All-Out War


Judge Milian has presided over lots of family cases. But this one left her — and us — almost speechless. The plaintiffs here lived every parent’s worst nightmare when their teenage daughter ran away, igniting a full-scale police search. Six days later, it was revealed that the girl’s boyfriend and his mother were hiding her in their home. After throwing one of the defendants out of the room for his obnoxious and unrepentant behavior, the judge awards the plaintiffs the maximum judgment. She also offers some serious and touching advice about the struggle of parenting troubled children. She’s not afraid to bring up how disgusting it was for the defendants to get involved the way they did, either.
Comments ∧