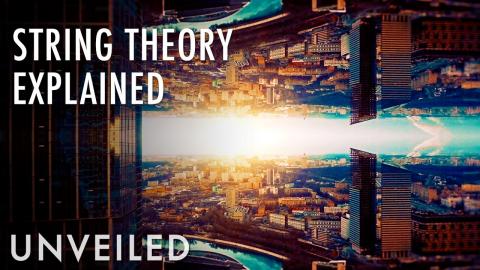 What If We Found A 10th Dimension? | Unveiled 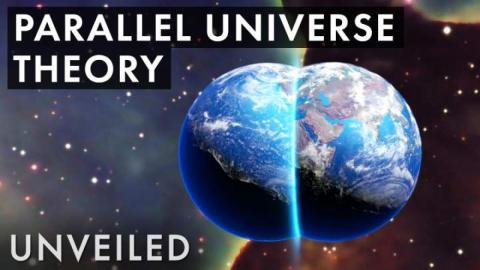 What If We Found A 5th Dimension? 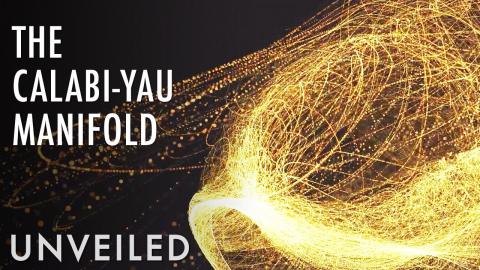 How Many Next Dimensions Are There? | Unveiled 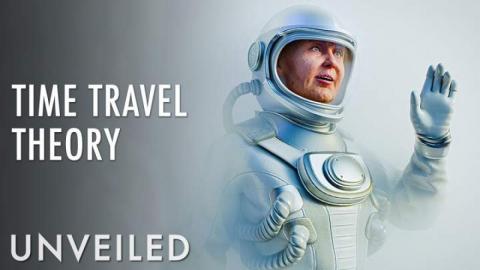 What If a Time Traveler From The Future Appears? | Unveiled 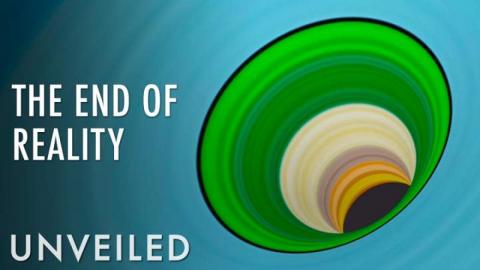 What If the Spacetime Continuum is Broken? | Unveiled 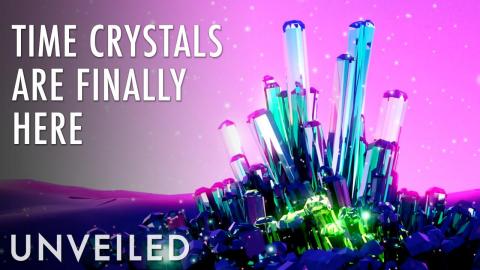 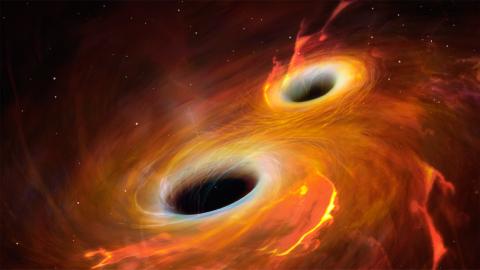 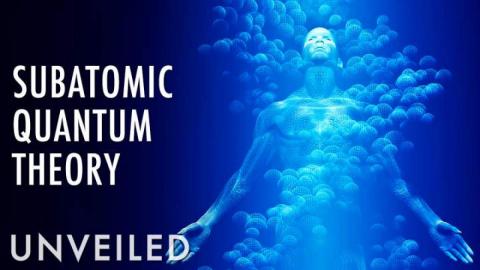 What If You Entered The Quantum Realm? | Unveiled 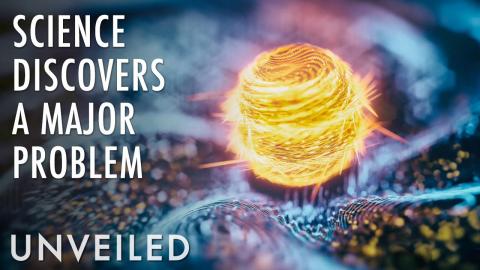 Did Scientists Just Discover That Particle Physics Is WRONG?? | Unveiled 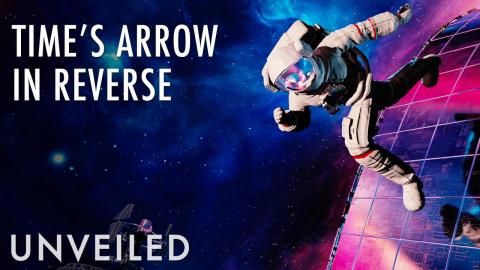 What If Time Moved in Two Directions? | Unveiled 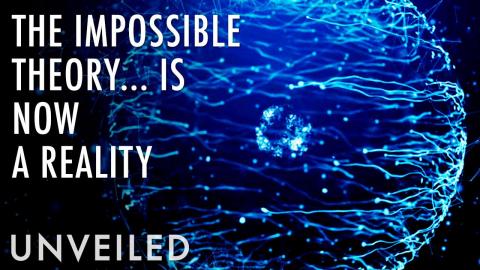 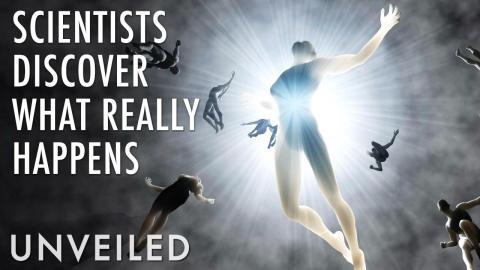 Did Scientists Just Discover What Happens When We Die? | Unveiled

Did Scientists Just Discover A New Dimension Of Time? | Unveiled

VOICE OVER: Peter DeGiglio WRITTEN BY: Dylan Musselman
Science just broke the 4th dimension! Join us... and find out more!

In this video, Unveiled takes a closer look at a recent experiment that CREATED A NEW DIMENSION! As scientists look for a new phase of matter, and hope to master the quantum realm, this bizarre experiment required them to break open the laws of physics... and it worked!
Transcript ∧

Did Scientists Just Discover A New Dimension Of Time?


The concept of time, for humans, has always been somewhat tricky. It seemingly moves in one direction, but many natural laws appear to work backwards in time as well. Time seems to move at a constant rate, too, but we know that in the wider picture it’s actually completely subjective, and can change depending on how fast someone is traveling. We still don’t fully understand time as a species, then, but scientists may have just made another fascinating discovery about it.

This is Unveiled, and today we’re answering the extraordinary question; Did scientists just discover a new dimension of time?

Because time is such a challenging concept to investigate, many aspects of it are arbitrary. Philosophers often have different concepts of time compared to scientists, and even our standard measurement system of time - made up of seconds, minutes, and hours - is simply how we choose to measure it. It’s not as though it has to be that way. Breaking time down into intervals of 60 was first developed by the ancient Babylonians, who inherited their general number system from the Sumerians. Meanwhile, the length of our day is derived from how long our planet sees the sun in the sky, which means that a “day” as we know it is actually only really specific to Earth.

As science has advanced we’ve been able to define each unit of time more clearly. For example, the true, scientific definition of a “second” is now how long it takes for a cesium atom to complete a set number of oscillations. This length of time is true time, within our own structures for it. Zooming further out, we can view time as the fourth dimension of reality. Objects exist in three dimensions of space, but in order for them to experience change in any of those dimensions, time must pass. Spacetime was a concept developed by Albert Einstein in the early 1900s, to show that all of the dimensions - the three space plus time - can be collapsed into a single model that explains how they interact. Until today, that four-dimensional, 4D model has gone largely unchanged. So when physicists announced - in July 2022, in the journal “Nature” - that they’ve essentially created a new theoretical dimension of time, it’s no surprise that people took notice.

The study was held by a team at the Center for Computational Quantum Physics, based in New York, although the experiments were staged in Colorado. And, as it turns out, the discovery that was ultimately made wasn’t exactly intentional. The team behind it were actually studying how to create a new phase of matter… buut in the process, they ended up hosting a new dimension of time, as well. At first, to create a new phase of matter as was their intention, the team completed experiments in quantum mechanics. They wanted to create what’s called a topological phase of matter, also known as quantum matter, which uses quantum entanglement patterns to build an all new product.

There’s intricate science here, but what it comes down to is that different phases of matter are defined as such because they have what are known as different symmetries. When water is a liquid, for example, the atoms within it are random and move around in space to fill empty spots. But, when water freezes, it loses that freedom; its symmetry has changed; the atoms within behave differently; and it has therefore become a new phase of matter. In essence, the breaking of the symmetry of atoms is what signals a change in the phase of matter for anything. But, the team behind this latest study found themselves confronted with a further unexpected question; because what if you broke the symmetry in time instead of in space?

Led by the physicist Philipp Dumitrescu, the team worked on a quantum computer with qubits in the initial attempt to create their new phase of matter. While regular computers use regular bits (zeros or ones, aka binary) quantum bits, or qubits, can allow something to be either a one, a zero, or because of quantum strangeness, both at the same time. This is important because it’s this that allows quantum computers to be so much faster than traditional ones. And, with the right knowhow, it means that qubits could also (theoretically) be used to create that new topological phase of matter as they entangle with other qubits. In simplest terms, it’s as though (in the quantum world) anything is possible, or at least nothing is guided by standard physics anymore.

The problem is, however, quantum particles stop being quantum if they interact with the outside world in any way. And, in this sense, they are extremely unstable and short-lived. To make the quantum properties last longer, then, and to potentially create matter in this instance, the researchers wanted to stabilize the qubits by adding in time symmetry. Whereas spatial symmetry is just something that’s repeated over and over in space, such as the atomic structure of a diamond, time symmetry is such that the individual qubits will always be the same at certain points in time. To accomplish this time symmetry, then, the team used a regularly flashing laser. By having the laser pulse continuously at the same interval every time, an apparent dimension of time could be imposed onto the quantum objects in the hopes of stabilizing them. However, as complex as that all sounds… it didn’t work. Despite the time symmetry added in, the qubits still barely lasted for more than a second. Their quantum properties almost instantly failed, and no new phase of matter was achieved.

But this is where the idea for adding in another extra time symmetry came into play… as, next, the team used another additional laser (one that produced a different symmetry) to almost sure up the conditions for their hoped-for quantum matter. By doing so, they were arguably now imposing two dimensions of time onto the quantum particles. Two lasers, pulsing at different intervals, in a bid, again, to stabilize the qubits into matter. The second laser was pulsed according to the Fibonacci sequence... which is a non-repeating pattern that actually, already occurs throughout nature. It can be seen in everything from the arrangement of leaves on a flower, to the pattern of pinecones, and the shape of some fruits.

Ultimately, by adding in this second, Fibonacci time symmetry, the researchers were able to stabilize their qubits for a short time, and therefore create the new phase of matter that they had originally sought. The stabilization still only lasted for a few seconds, but nonetheless for significantly longer than any other attempt made before. Most significantly of all, though, because of the additional time symmetry required to make the experiment work, it was as though the new phase of matter also only existed in a new dimension of time. Under ordinary conditions, it hadn’t been possible… but by bending time to their will, the team were able to make it happen.

So, what next? The study highlights a potential method for increasing quantum stability through dimensions of time… but what does that really translate to in the real, non-quantum world? Well, for one, it’s said that this breakthrough has the potential to revolutionize and fast-track our general efforts toward quantum computing. And information storage. Anything to increase quantum stability - or quantum coherence - could lead to more viable and less error-prone quantum computing technologies. Currently, fully functioning quantum computers are still considered to be quite a way off… but, for the team behind this study and for many watching on, the adding in of an extra time dimension could mark a vital first step along that path. Philipp Dumitrescu, in an accompanying statement for the study, refers to the ongoing development of quantum computers as, “an open problem we’re working on”.

It’s tipped to become one of the most exciting and important technological advances in the near future, and this study may well have provided the key to unlock the door. As we step over the threshold into the quantum age, there are some predictions that quantum computing could quickly become a trillion dollar industry… such is the power and influence that it will hold over society. From chemical research to biological engineering, cybersecurity, encryption, and artificial intelligence… the scope for quantum tech is incredibly wide, even if the specifics are still somewhat ambiguous.

The picture is clearing, though, and all it’s taken is some major temporal remodeling to push the process forward. When you think about it, science in the twenty-first century is pretty incredible. Because that’s how scientists just discovered - or perhaps more accurately built - a new dimension of time.
Comments ∧