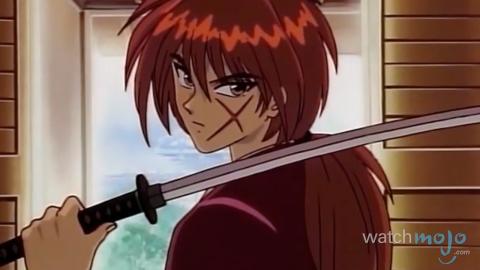 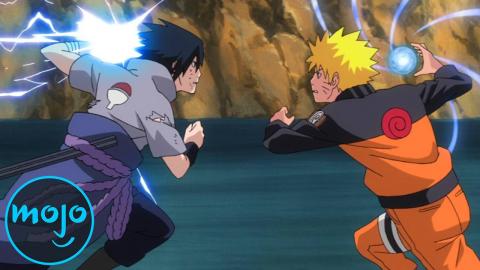 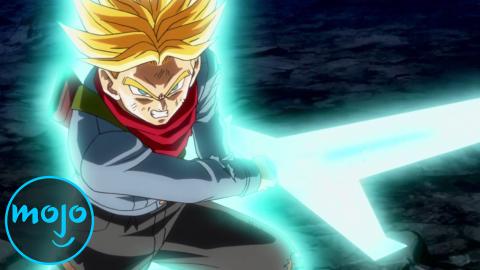 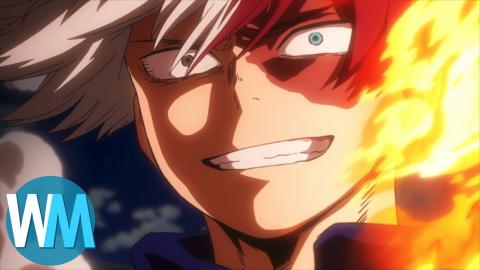 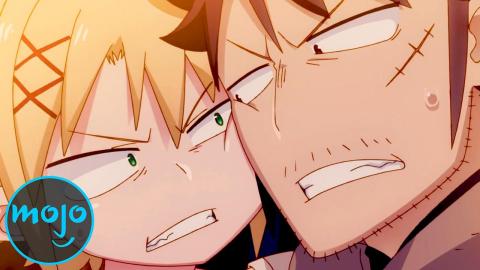 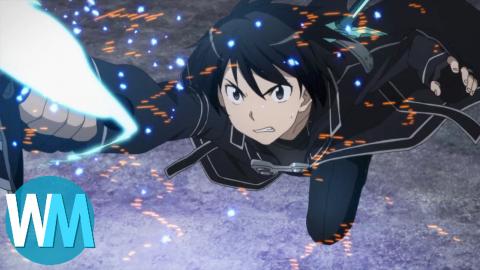 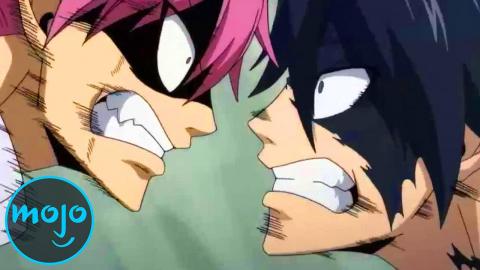 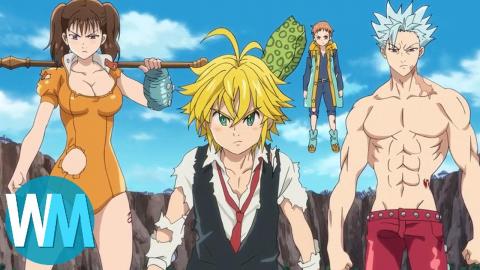 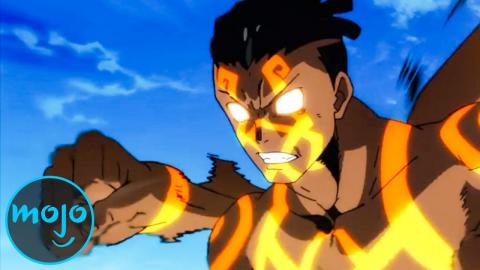 Top 10 Anime Fights That Blew Everyone Away 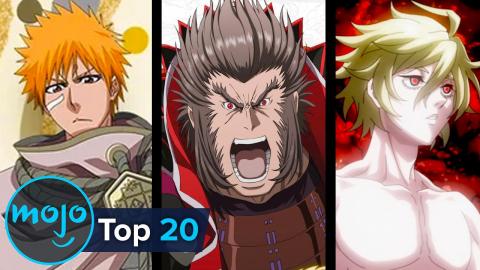 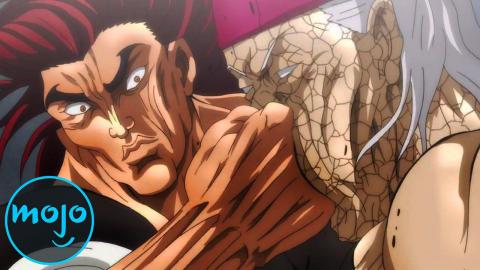 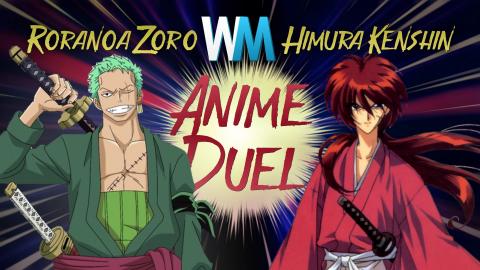 Don't they know you can poke an eye out with that thing? Welcome to WatchMojo.com and today we are counting down our picks for the top 10 anime sword fights.

For this list, we'll be looking at the craziest sword fights in all of anime, either for their choreography or emotional impact. As such, there will be a few spoilers throughout, so spoiler alert.

Special thanks to our user CedrikD for submitting the idea on our interactive suggestion tool: WatchMojo.comsuggest/Top+10+Anime+Series+Duels
Transcript ∧


Don’t they know you can poke an eye out with that thing? Welcome to WatchMojo.com and today we are counting down our picks for the top 10 anime sword fights.

For this list, we’ll be looking at the craziest sword fights in all of anime, either for their choreography or emotional impact. As such, there will be a few spoilers throughout, so spoiler alert.

“Rurouni Kenshin” (1996-98)
In order to make up for the bloodshed he caused during his time as the Manslayer, Himura Kenshin vowed to never kill again, even using non-lethal means of dispatching his enemies. The same can’t be said for Shishio Makoto, who’s as ruthless and sadistic as they come. As the two eventually come to blows, Kenshin is tested to his very limits, almost overwhelmed by Shishio’s flame-soaked blade. However, with his mastery of Hiten Mitsurugi-ryū, Kenshin manages to defeat the new model of Manslayer. Unfortunately for Shishio, such a vigorous fight leaves him prone to spontaneous combustion.

“Sengoku Basara: The Last Party” (2011)
Pretty sure this one’s not historically accurate but boy is it cool.
Following the conclusion of Tokugawa’s attempt to unify Japan, the ever-loyal Mitsunari Ishida seeks revenge on the man who killed his lord – Date Masamune.
As the battle for victory and vengeance commences, we’re treated to a spectacle of sword slashes and dazzling energy projectiles all at a high-octane speed. Never before had Masamune met someone on his level of sword-fighting – and when all 6 blades come out, you know he means business.

“Fate/stay night: Unlimited Blade Works” (2014)
Its east meets west in this battle between servants. While on route to save her master, Saber encounters this graceful but deadly katana wielder, leading to a clash between equally impressive sword styles. While the Arthurian knight holds up pretty well, Assassin’s Concealed Sword technique manages to bring her down a peg or two, leaving quite the impact before the duel is cut short. It may be brief exchange, but the meshing of arts shown between the two servants makes this feud one of the series’ best.

“Sword Art Online” (2012-14)
In order to free the minds of all trapped players, Kirito accepts the challenge of a one on battle with the game’s creator, Heathcliff, who as you’d expect is as overpowered as they come, easily dispatching his attacks. Just as it looks like its game over, Asuna sacrifices herself for her in-game lover, giving Kirito the will to overcome digital death and win the day. Either the power of love transcends into video games or that was the luckiest of all glitches!

“Bleach” (2004-12)
The rivalry between the orange haired Shinigami and Espada No. 4 was definitely one of Bleach’s highlights, all culminating in a final duel to the death where neither showed any signs of quitting. The reveal of Ulquiorra’s second form was beyond imposing and even resulted in Ichigo’s death, albeit a temporary one. Hearing the cries of his distraught friend brings Ichigo back from the brink, assuming a much more…hollower guise. It was a battle between two titans, one that our favourite Arrancar unfortunately couldn’t come back from.

“One Piece” (1999-)
On an island filled with zombies, ghosts and talking skeletons, is there any surprise that there’s also an undead samurai lurking about? In order to reclaim Brook’s shadow, Zoro challenges the ancient swordsman to a duel, the result of which causes a whole lot of wanton destruction. Despite Ryuma’s impressive skills, he’s still no match for the Straw Hat’s resident badass, who literally reduces him to ashes. As a sign of warrior’s faith, he even hands over his blade to Zoro, which he certainly puts to good use.

“Samurai Champloo” (2004-05)
You couldn’t ask for a better introduction to our two protagonists than with a battle sequence that shows off just how much merit they really have as swordsmen. After a case of mistaken identity, the cocky Mugen engages the reserved Jin in a duel complete with sword swings and acrobatics, where they proceed to turn a restaurant into their personal playground. In fact they’re so determined that they’ll even continue to fight while everything around them goes up in flames. We can see why Fuu thought they’d make for great travelling companions.

“Berserk” (1997-98)
These Two brothers in arms destined to become the most hated of enemies didn’t exactly have the most pleasant of introductions. Impressed with his skills as a mercenary, Griffith approaches Guts with an opportunity to join the Band of the Hawk. When he refuses, Griffith makes a wager that if he beats him then he has no choice but to join. While not the most brutal of Berserk’s bloody list of battles, it does demonstrate just how different these two really are. Griffith is composed and elegant even as he's cutting up his opponent, while Guts will go through whatever pain it takes to win, including taking a blade to the mouth. Now that’s commitment.

“Mobile Suit Gundam” (1979-80)
It seems strange that one of the biggest rivalries in mecha history would culminate to an old fashioned sword fight. As the area around them is falling apart, fate would dictate that they would bump into one another. Without second thought, they take up arms and, despite Sayla’s cries for them to stop, these two wont be content until one of them falls. The result was almost too close to call, but luck was on Char’s side – and after its conclusion we knew these two were destined to face one another for eternity.

“Gintama” (2006-16)
The White Demon may be a huge source of comedy and not exactly the most suave of samurai, but when you push him over the edge then he more than lives up to his demonic title. No one pushed him quite as far as his former comrade turned criminal Takasugi. Able to dish out and take untold amount of punishment, these two practically tear each other to pieces, even when Gin is armed with just a bokuto. With relentless, bloody action, where else could this sit but at the top of the list?


Do you agree with our list? What do you think is the best anime sword fight of all time? With new top tens published every day be sure to subscribe to WatchMojo.com.
Comments ∧