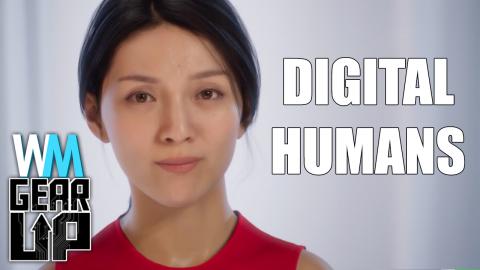 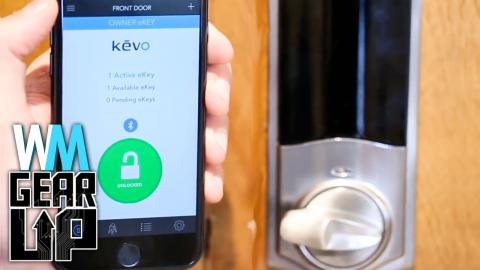 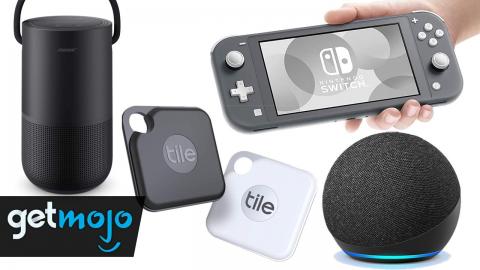 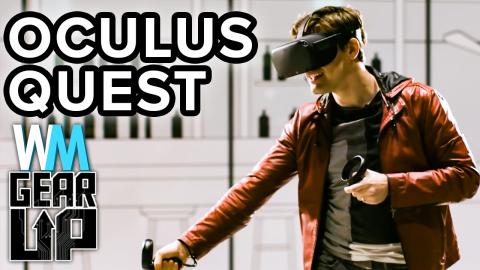 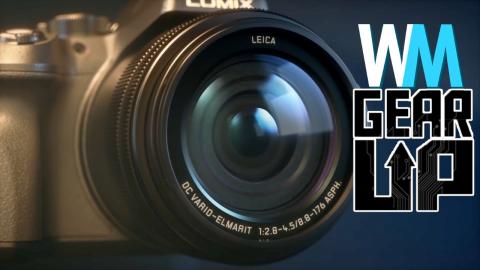 Top 7 Tech Items You Should ONLY Buy Online - Gear Up^ 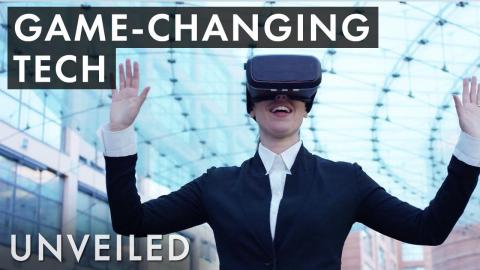 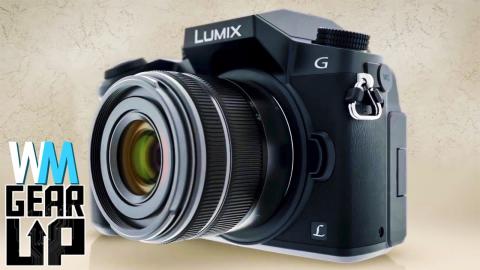 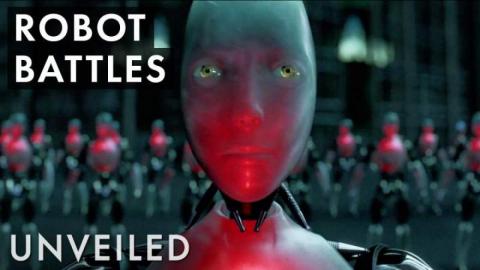 Is an A.I. War Inevitable? 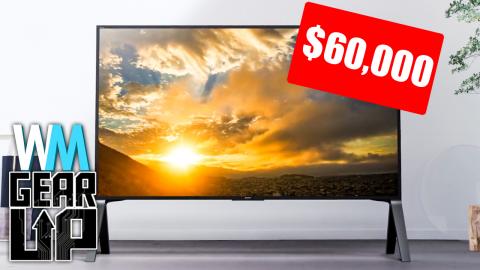 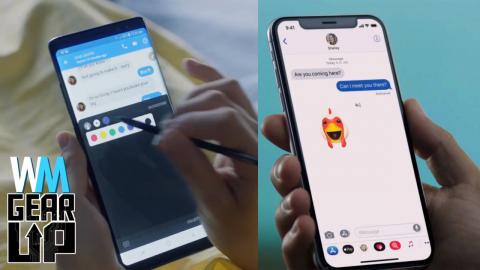 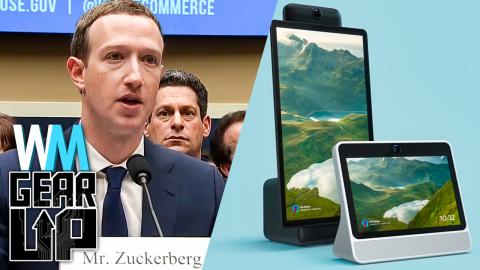 The annual Consumer Electronics Show, better known as CES, is held every January in Las Vegas, Nevada. And every year, the year's most interesting gadgets are unveiled there. Whether it's something like the world's first modular 146-inch TV by Samsung (called “The Wall”), the LG InstaView ThinQ fridge or Sony's robot dog Aibo, there were many innovative products at CES 2018. WatchMojo teams up with tech-spert Marc Saltzman to count down the ten coolest gadgets at CES 2018.

Be sure to check out the other videos in the Gear UP series HERE:
https://youtu.be/WMz5CMeXOLY?list=PLmZTDWJGfRq2jm3ossrcXKbk1hBNrob1V

If you want to have a say in what gadgets we review or our upcoming topics, be sure to check out our Interactive Suggestion Tool at http://www.WatchMojo.comsuggest
Transcript ∧


If you’re a gadget geek, then you know what January means: the annual Consumer Electronics Show (or CES), which takes place in Las Vegas, and serves as a glimpse into the future of technology. More 180,000 attendees from the tech industry came to see tomorrow’s tech today -- but with over 4,000 companies, how do you know what’s hot? We can help.

Hey everyone, welcome to Gear Up, the WatchMojo series that looks at the latest in gadgets, gear and games. I’m Marc Saltzman, and in this video, we’re going to look at 10 cool products from the 2018 CES, and with a wide variety, too, from multiple categories. OK, not listed in any particular order…

Samsung unveiled the world's first modular 146-inch TV. Yes, it’s a massive MicroLED television that can be made bigger or smaller, depending on your space, by adding or removing panels, as need be. The Wall was a jaw-dropper at CES, but it wasn’t just its size, and modularity, but it was gorgeous, too, as it’s made up of self-emitting teeny LEDs – much smaller than current LEDs -- with eliminates the need for a backlight or colour filter. No word on when it’ll debut or for how much, but might be less for home use and more for businesses, like storefronts. Samsung also unveiled an 8K TV at the show, coming in 2018.

So virtual reality didn’t take off as fast as many predicted, but maybe it’s because you have a ton of cables coming out of the back, or you need to shove your phone in the headset. And so no wonder there was a ton of buzz at CES about the first self-contained VR headset -- which doesn’t need a phone, PC, or video game console. It’s called the Lenovo Mirage Solo and it’s based on Google’s Daydream platform. You can download games over Wi-Fi to the local 64GB of storage or put in a microSD card, or you can sideload games using USB. It ships with a remote and will be priced under $400, out the second half of the year.

Imagine a Windows laptop that lasts up to 22 hours between charges – and that’s up to 22 hours of video streaming. That’s probably 2, 3 or 4 times long battery life than what you’re getting with your current laptop. Powered by a Snapdragon 835 processor, the ASUS NovaGo is the first in a new category of computers called ACPCs, or always connected PCs. Not only does the NovaGo last long, but it can take a SIM card or eSim for always-on cellular connectivity, so you don’t need to find a Wi-Fi hotspot. ASUS says the NovaGo - a two-in-one laptop-tablet hybrid - will cost about $799 when it’s released by the summer.

There was no shortage of voice-enabled Amazon Alexa and Google Assistant-powered devices at CES this year – from TVs and cars to Wi-Fi routers and even shower heads – and one big category for Google was smart speakers with a screen built-in, to go up against the Amazon Echo Show. JBL had a great-sounding one called the JBL LINK View, an 8-inch touch display with loud speaker that lets you ask Google a question or give a command and along with getting a human-like voice responding to you, you’ll also SEE info on the screen, such as a multi-day weather forecast, recipe, photos, a YouTube video, album art for your streaming music -- and you can make free Google Duo video calls on this thing, as it has a 5-megapixel camera, too. No price announced, but should be out by summer.


All the big automakers were at the show, and one of the coolest concepts for the future of mobility was Toyota e-Palette, which shows different applications for autonomous cars. Not only will your self-driving vehicle take you from point A to point B, but Toyota envisions these autonomous cars to be used for ride-sharing around the city, and for delivering you food – and imagine one day a store that delivers products to you instead of the other way around. Toyota is teaming up with Uber, Pizza Hut and Amazon, to start, and the first live demonstrations of Toyota e-Palette will be at the Tokyo Olympics in 2020.

For blind and partially sighted people, the OrCam MyEye is an artificial vision device with a lightweight smart camera that instantly reads text aloud -- from any surface – plus it also recognizes faces, products, and money notes in real time. And all packed into a tiny device the size of your finger. It magnetically attaches to the side of a pair of eyeglasses. Now simply point to a menu, a newspaper, medication or a smartphone screen, and a human-like voice will read you the words instantly. As I mentioned it also recognizes faces of people so you won’t forget who you met as their name will be recalled to you the next time you see them. While it costs more than $4000 – or less with a possible government subsidy – it does give independence to blind or partially sighted people.

While it’s only available in Japan, Sony is back with its aibo robotic dog, and it’s light years ahead of the first aibo that debuted almost 20 years ago, as you can imagine. With advanced engineered for fluid movement, more sensors on it body, artificial intelligence, and more personality, it was a huge hit at CES this year. There’s life in those OLED eyes, there’s two cameras -- in its nose and near its tail – to help identify family members and map your home environment. it costs $1800 so not cheap, but one of the most fun things to play with at the show.

OK so imagine a carry-on suitcase that follows you through the airport. That’s what we’re looking at here from ForwardX. It’s called the CX-1, and it has cameras and sensors on it to follow you around. We tried to trick it and it was pretty good, but not perfect. And yes, if someone tried to take off with the self-driving bag there’s a loud decibel alarm that sounds. The Chinese company says it’ll be available in the summer, but no price has been confirmed just yet.

LG is no stranger to smart appliances, and CES 2018 showcased a few of them – including stovetops, dishwashers, washers and dryers – but it was the new InstaView refrigerator that caught my eye, featuring a 29-inch touchscreen that becomes transparent if users knock on it twice. You can draw notes to the family on the screen, too, place virtual stickers, pull up recipes, and read expiration dates on products to warn you of Best Before dates. Or you can talk to it using Amazon Alexa. There’s also a wide-angle camera on the inside of the fridge that will let you remotely view your fridge while you’re out to see if you’re out of milk or eggs.

How do you fight the growing epidemic of obesity with kids and adults who would rather play with digital devices that run around? The answer may lie in the winner of a 2018 CES competition called “Last Gadget Standing.” The Play Impossible Gameball is an active gaming system for indoors or outdoors. It resembles a regular inflatable rubber ball but it’s embedded with patent-pending sensor technology that connects to the Play Impossible app via Bluetooth. Connect, compete and challenge your ball skill with the popular new game Impossible; see how long it takes to reach your vertical limit in Skyscraper; use brains and brawn in a new version of ‘keep away’ with Jostle. When Gameball runs low on juice, refuel in 20 seconds with the Rapid Charger for another complete hour of fun. Price is $99 and available now.

Hey, thanks for watching Gear Up; I'm Marc Saltzman. Let us know in the comments section what you CES gadgets you think we left out, or what you’d like to see more of going forward. And for more tech-tastic lists, be sure to subscribe to WatchMojo.com. Ciao for now.
Comments ∧