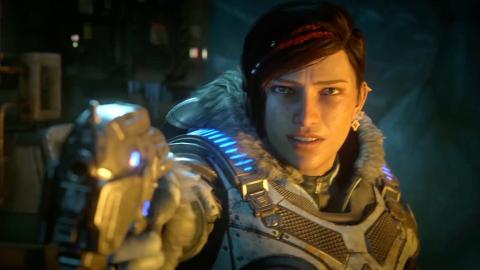 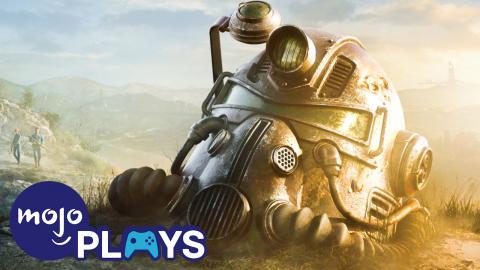 The Death of Single-Player Gaming 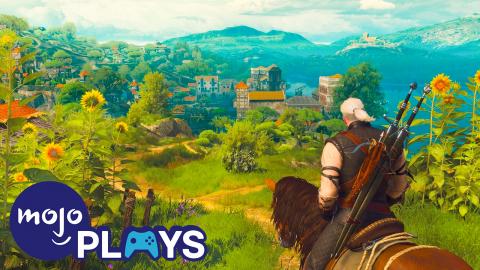 Why Open World Games Will Never Go Away 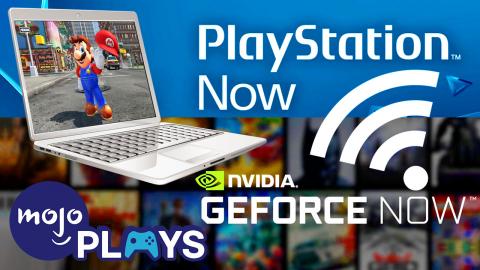 Will You Pay for Video Game Streaming? 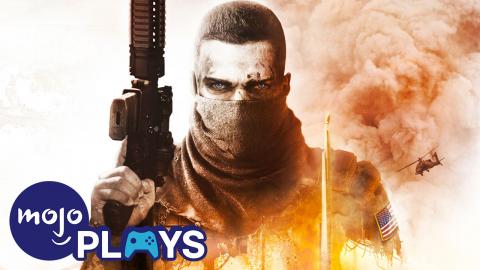 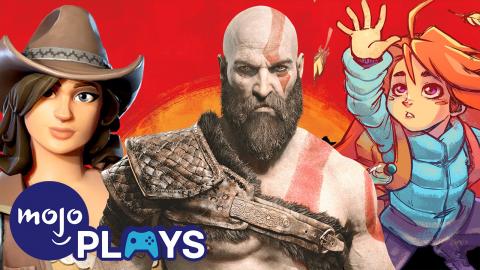 The Most Important Games of 2018 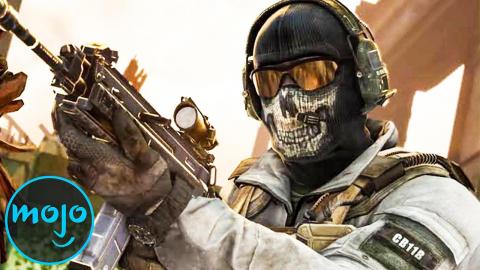 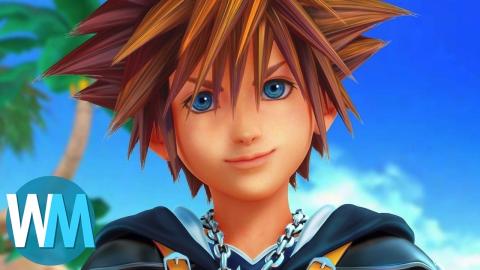 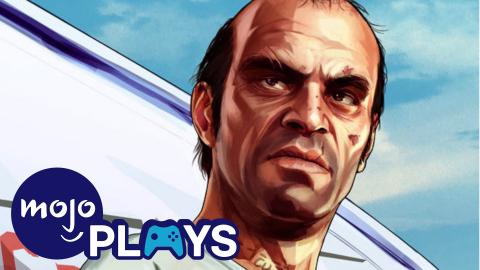 Why Playing Evil Is Best 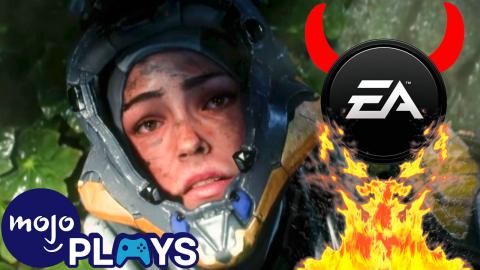 How Did EA Ruin Bioware? 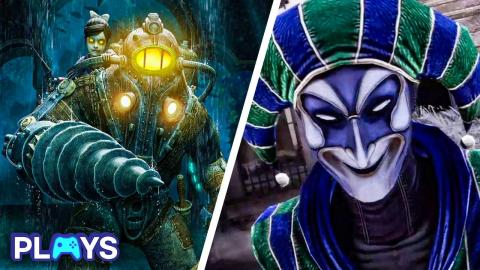 10 Games You FORGOT Had Multiplayer 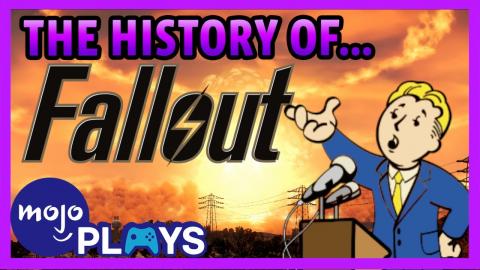 Why Does Sony Have All The Good Single-player Games?


Are single-player games dying? Sony seems more committed than most other game publishers when it comes to making sure that gamers have a steady stream of single-player experiences to keep the whole idea alive. Why does the Playstation 4 have more single player games than the Xbox One? Join MojoPlays as we discuss why Sony wants to keep story in games.

To get your ideas turned into WatchMojo or MojoPlays videos, head on over to http://WatchMojo.comsuggest
Transcript ∧

Why Does Sony Have All the Good Single Player Games?

Developers, publishers and gaming outlets would all have you believe that multiplayer is where the big bucks are. Current trends, current marketing, and current news are all aimed at pushing the idea that multiplayer is the whole future of gaming and that single-player has been well and truly left in the dust by online titles. But while games like “Fortnite”, “Overwatch” and “Battlefield” get bigger, better and more popular as time goes on, there are still some companies out there who are pushing for immersive single-player experiences, rather than the chaotic competitiveness of multiplayer. Out of all the biggest console developers, Sony remains the only one still committed to the single-player genre in a big way, meeting public demand for the high-calibre gaming experience they’ve become synonymous with.

Sony is by all means not the only company creating single-player games. After all, two of the best games of 2017 were Nintendo’s “Super Mario Odyssey” and “The Legend of Zelda: Breath of the Wild”. The problem is that there aren’t as many streamlined single-player titles available on other consoles, while Sony has boasted an impressive roster of them for years. Sony just happens to be the company dedicating the most time and resources towards the development of outstanding narrative-driven experiences.

Microsoft has adopted a predominantly multiplayer-driven format, using the cross-play features Sony avoids to its advantage when it comes to big games like “Fortnite” and “Minecraft”. Xbox’s vice-president of gaming, Phil Spencer, has repeatedly talked about his wish for a “Netflix for video games”, something that’s been semi-realised with the Xbox Game Pass. But he’s also said that the audiences for “big, story-driven games like“Zelda” and “Horizon Zero Dawn” just aren’t as large, meaning single-player isn’t as important to gamers. However, the fact that Sony boasts the larger overall console sales – many of which can be attributed to having blockbuster exclusives like “God of War” and “Uncharted 4” in their library - seems to contradict Spencer’s claims, or at least put their credibility in question.

Outside of the console manufacturers themselves, other huge publishers and developers have expressed their thoughts on the single-player industry. Todd Howard has said that Bethesda is also dedicated to bringing single-player experiences to next-gen consoles, a claim that’s been backed up with the announcements of “Elder Scrolls VI” and the space-themed RPG “Starfield” – though it’s hard to ignore the always-online features of the upcoming “Fallout 76”. Contrarily, EA infamously claimed in late 2017 that linear, single-player games are no longer popular, following the cancelation of Visceral’s “Star Wars” title, as well as the closure of the entire Visceral studio – despite the success of the “Dead Space” series. BioWare, another EA-owned studio known for the immersive single-player franchises “Dragon Age” and “Mass Effect”, is also going the always-online route with 2019’s “Anthem”. However, EA’s opinion on single player seems myopic, to say the least; especially considering the company received huge backlash when “Star Wars Battlefront” was released without a single-player campaign, to the point where they had to add a story mode to the sequel.

At the other end of the spectrum is Ubisoft, who also places some emphasis on big, single-player IPs like “Far Cry” and “Assassin’s Creed”. However, in an effort to compete with publishers like Activision and EA, Ubisoft has ended up caught in the web of the “annual release cycles”, as evidenced by the near constant string of “Assassin’s Creed” games. “AC” has become famously hit-or-miss, with some installments being outstanding and others barely working upon release. This yearly rush is exactly why many of Ubisoft’s IPs fall short of the mark, as developers have to prioritize meeting deadlines over crafting the best possible gaming experiences.


Meanwhile, Sony has the opposite approach of allowing developers to take as much time as they need to make their games. “The Last of Us Part II” will be arriving over five years after the original game, and there was a five-year gap between “Uncharted 3” and “Uncharted 4”. Similarly, “God of War” took four years to come out after its initial announcement in 2014. All three of these single-player focused franchises have received critical acclaim, and all three have been commercially successful. Sony has also served as the publisher for narrative-based Quantic Dream games like “Heavy Rain” and “Detroit: Become Human”, and these popular IPs have also helped them maintain their position as the market leader. Sony even completely recreated the building from “The Last of Us Part II” trailer as part of its E3 2018 showcase, further proving their dedication to the single-player market.

Because Sony has these great titles under their belt, gamers put a tremendous amount of trust in them, while remaining increasingly sceptical – or downright hostile – when it comes to the newest “Call of Duty” or “Battlefield” games. Insomniac’s “Spider-Man” game, despite not having been released yet, is one of the most anticipated games of 2018. It’s so synonymous with the Sony brand that people even occasionally refer to it as “Spider-Man PS4”, highlighting its exclusivity and the pedigree of its publisher. Microsoft wants consumers to buy an Xbox so that they can have a much larger multiplayer experience with friends, but Sony continues to dominate both the single-player market and the system-seller market.

Ultimately, the reason Sony has such outstanding single-player exclusives is because they remain one of the few big companies actually creating and endorsing them. Microsoft and EA only believe the single-player market has been abandoned because they’re the ones who abandoned it, leaving the PlayStation 4 as the main console that consistently meets consumer demand for narrative-driven games. Multiplayer may be fun and important to modern gamers, but there’s always going to be desire for good, solid stories; a desire which Sony is ready and willing to fulfill.
Comments ∧