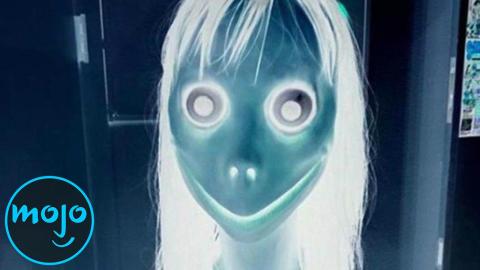 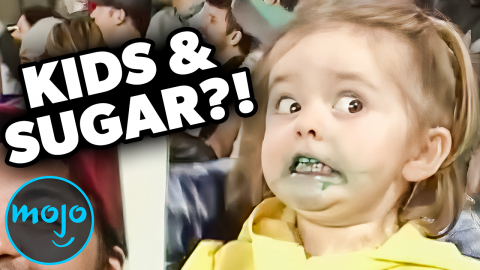 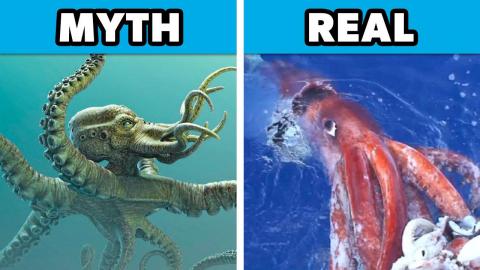 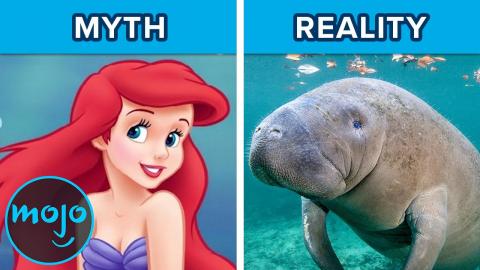 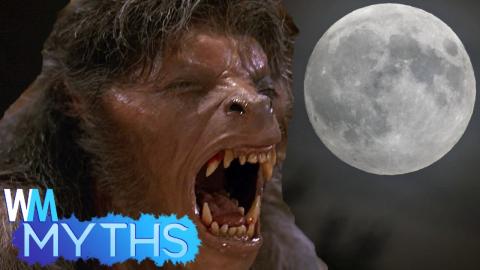 Top 5 Myths About The Moon 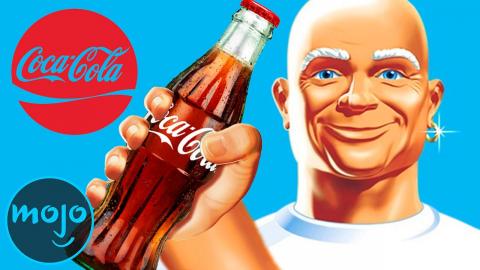 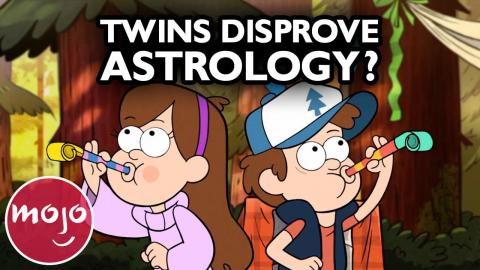 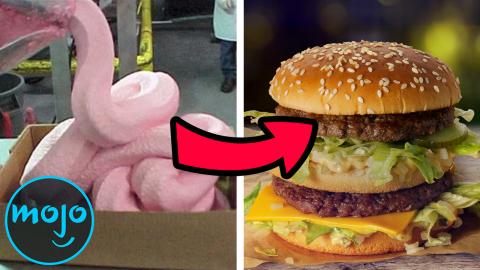 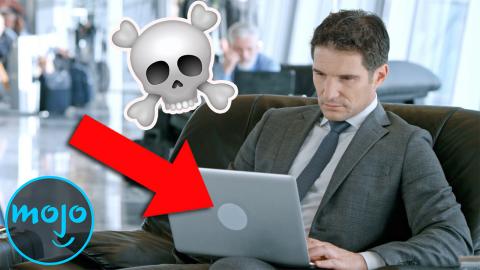 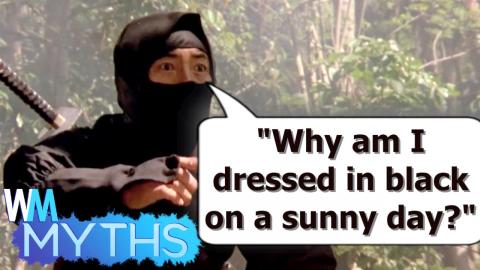 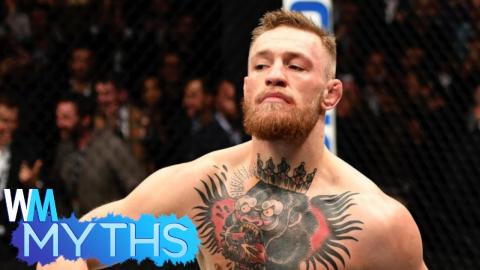 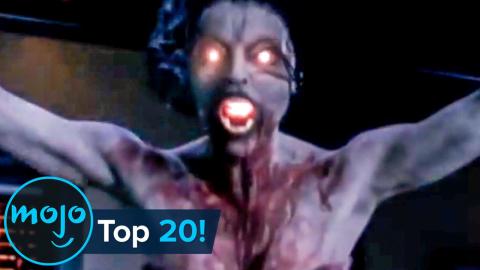 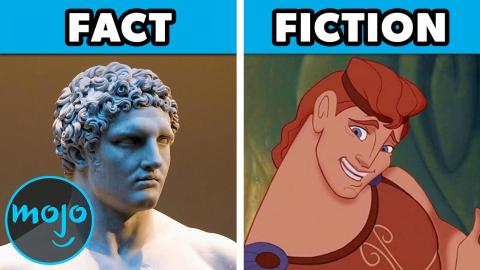 VOICE OVER: Phoebe de Jeu WRITTEN BY: Michael Wynands
As they always say, you shouldn't believe everything you read online. For this list, we'll be looking at various popular misconceptions and urban legends about the dark web in an effort to shine some much-needed light on this often misunderstood section of the Internet. WatchMojo counts down the Top 10 Myths You Still Believe About the Dark Web.

Special thanks to our user boxtroll for suggesting this idea! Check out the voting page at WatchMojo.comsuggest/Top+10+Myths+You+Still+Believe+About+The+Dark+Web.


Top 10 Myths You Still Believe About the Dark Web


As they always say, you shouldn’t believe everything you read online. Welcome to WatchMojo.com, and today we’ll be counting down our picks for the Top 10 Myths You Still Believe About the Dark Web.

For this list, we’ll be looking at various popular misconceptions and urban legends about the dark web in an effort to shine some much-needed light on this often misunderstood section of the Internet.

The “Dark web” - the name, even devoid of context or cultural baggage, sounds sinister. In television and film, it’s often spoken about in hushed voices and shadowy alleyways, as if the mere mention of the term can get you arrested. The thing is… there’s nothing illegal about the simple act of accessing the dark web, because the dark web itself is not inherently sinister. It’s simply a subset of the Internet, a collection of websites that cannot be accessed through traditional browsers and search engines, and where people can remain largely anonymous. Though this space of anonymity has made it a place where criminal activity can thrive, simply entering this virtual space is not criminal.

The assumption seems to be that accessing the dark web is like walking into a crime-ridden area of a city - you’ll instantly become the victim of crime. The thing is, while there are indeed illegal activities taking place on the dark web, it tends more towards the illegal trade of information and contraband, crimes committed between two willing parties. Cybercrimes such as fraud, identity theft and ransomware usually require a large, well, “net” of potential victims. For that reason, the type of cybercrime most people fear is actually far more common on the regular old Internet you use every day. The dark web is, more accurately, where your personal information will be sold, not stolen.

People often get confused by the terms “dark web” and “deep web,” with many erroneously using the terms interchangeably. In reality, they describe two very different beasts. Even more so than with the dark web, any air of mystery or fear surrounding the deep web is rooted in ignorance and a lack of understanding. The deep web is a term that describes the estimated 90 to 99% of the Internet that isn’t indexed by search engines. Content behind paywalls, the invisible back ends of websites, banking and email, even your Netflix account - this is all part of the deep web. Not so scary, is it?

#7: It's Controlled by the Government

True story: a chapter in the history of the dark web does in fact begin with the United States government. But these aren’t the roots of a sinister government conspiracy or a secret society of criminals operating within the White House. In the 1990s, researchers working for the U.S. Navy developed something called The Onion Router or “Tor” for short. It allowed people to anonymously exchange information over the Internet. It was intended for use by intelligence operatives. However, in order to maximize its effectiveness, they made the program public in the early 2000s, allowing these messages to become lost amongst the Tor-specific traffic. And that’s pretty much it in terms of government involvement.


#6: It Has Secret Sublayers

Now that we’ve cleared up the difference between the deep web and dark web, it’s time to address the persistent rumors about just how deep the dark web goes. Yes, it contains some rather messed up stuff, but it’s not a curtain or smokescreen for an even deeper and darker dark web. This fictional darker web is known as Marianas Web, Charter Web, and many other names, but there’s no proof to back up its existence - just ghost stories. The only nugget of truth is that there are sites on the dark web that are password protected, but that’s true of the regular old surface web too.

Honestly, getting onto the dark web is really no more difficult than accessing the regular Internet. It just requires the right kind of program . . . which surprise, surprise, does NOT come pre-installed with Windows or Mac operating systems. Rather than your typical Internet Explorer or Safari browser, you need to download the Tor Browser, which is about as complicated as downloading Google Chrome. And voila… you now have access to the dark web. It’s that simple. As previously mentioned, rumors abound that a “Closed Shell System” is necessary to access the actual dark web, but again, that’s all nonsense. Alternative programs like I2P and Freenet also work.

#4: It's Bigger than the Normal Web

The DEEP web, as discussed, is indeed many, many times larger than the surface web. The dark web, by comparison, is almost laughably small. It’s estimated that the dark web makes up just 0.01% of the total Internet. A 2016 study published by King’s College in London found that, at the time of the investigation, there were just 205,000 active web pages and 300,000 addresses on the Tor network. According to research conducted by cyber-intelligence company Intelliagg, the entire Dark Web consisted of less than 30,000 websites, as of 2016. Furthermore, they found that only a fraction of these sites were likely to remain active for a significant amount of time.


#3: It's the Easiest Way to Buy Contraband

Part of what makes people fearful about venturing into the dark web is what they’ll find. And yes, you’re likely to encounter some strange and often illegal content there. While it is indeed home to multiple black markets, since the fall of the Silk Road, which was the dark net’s infamous contraband marketplace, other such websites have struggled to fully fill the niche. If anyone were to go looking for drugs or weaponry, they would find eventually find them. But the freedom of the dark web is a double-edged sword for those seekers of illegality. There’s a high risk of being scammed. Would-be purchasers have coughed up their Bitcoins only to be left empty handed.

Yes, Tor and the alternatives were designed with anonymity in mind, but there’s no such thing as going completely anonymous with the click of a button. Using a VPN is definitely recommended for normal surfers. Serious criminals using the dark web put numerous layers of security and encryption in place to protect themselves, and even so, they get caught. You can bet that Silk Road founder Ross Ulbricht thought he was anonymous before he got arrested. From tracing contraband orders made on the dark web to Bitcoin tracking to mass surveillance and undercover operations, law enforcement has ways to get around alleged anonymity.

For the top spot on our list, we come full circle. Not only is not illegal to use the dark web, but there are many uses for the dark web besides crime. One of the most important roles the dark web plays is as a place for journalists, advocates of free speech and whistleblowers to disseminate crucial information or leak documents without revealing their identity. This is especially important in countries where the media is censored. Sites like Sci-Hub promote the sharing of scientific knowledge. For many users, it’s simply wanting to be online without having their personal information harvested. Facebook even offers a dark web version of its site!