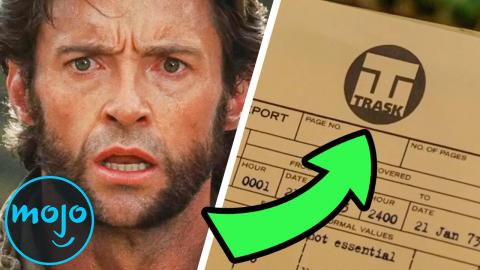 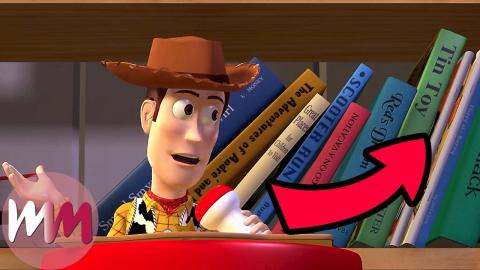 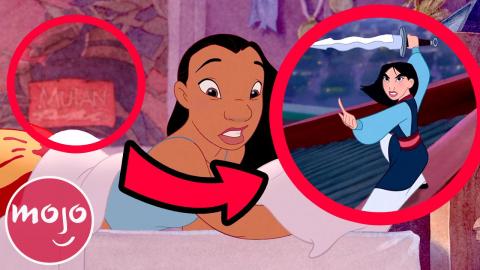 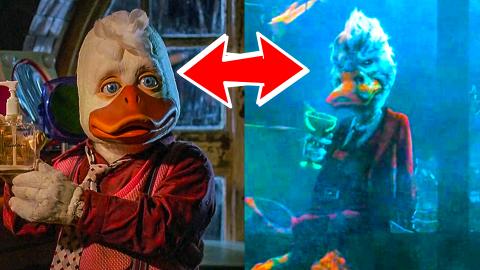 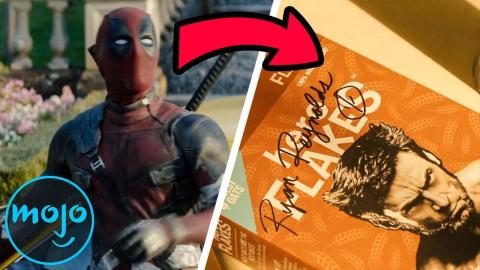 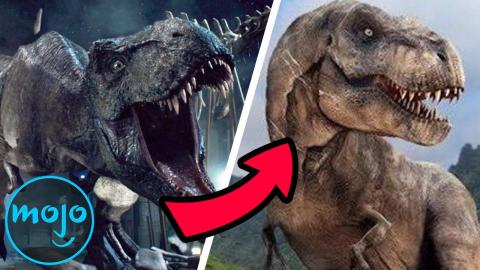 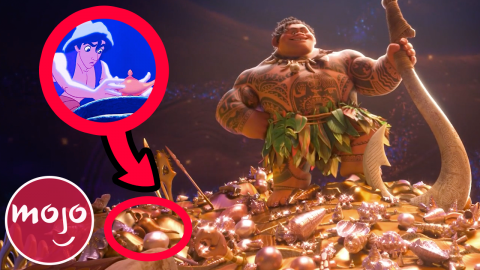 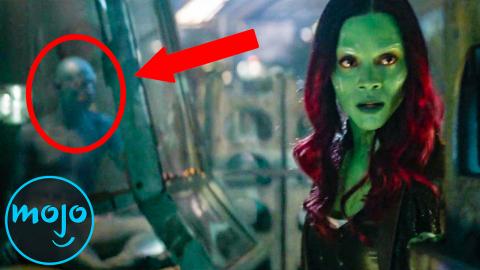 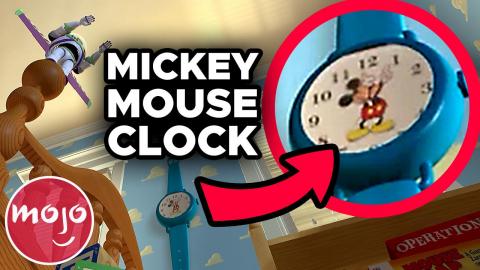 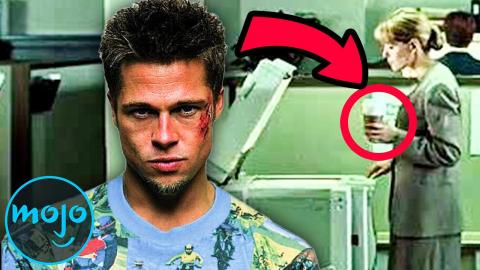 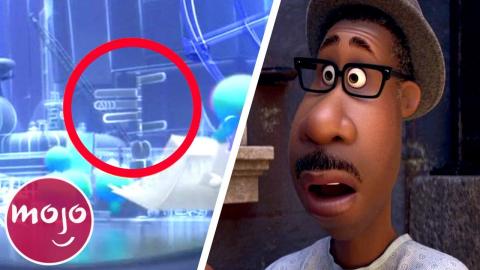 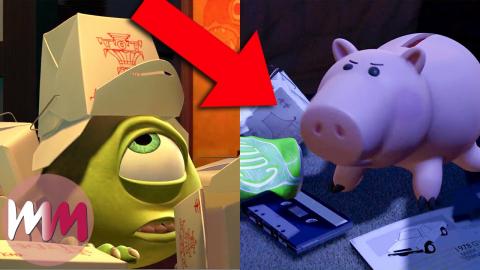 Top 10 Movies With A Lot of Easter Eggs

VOICE OVER: Phoebe de Jeu WRITTEN BY: Spencer sher
Easter egg hunters, look no further. These movies are packed with inside jokes and hidden messages. Our list of movies with the most Easter eggs includes “Deadpool” (2016), “Star Wars Episode VII: The Force Awakens” (2015), the “Harry Potter” franchise (2001-11), “Guardians of the Galaxy” (2014), and “It” (2017). What's YOUR favorite Easter egg from these movies? Let us know in the comments.

Top 10 Movies With The Most Easter Eggs


Keep your eyes peeled. Welcome to WatchMojo, and today we’re counting down our picks for the Top 10 Movies with the Most Easter Eggs.

For this list, we’re taking a look at films that are overflowing with Easter eggs – i.e. inside jokes or hidden messages that the filmmakers have added intentionally. Our goal isn’t to find the exact number of Easter eggs in each film, but merely to examine films that are chock-full of them. Let’s begin.


This frenetic comic book adaptation from Edgar Wright is a veritable smorgasbord of Easter eggs. “Scott Pilgrim” features numerous references to video games, movies, and comic book culture. From Scott rocking an “X” on his shoulder in honor of the “X-Men” to the Katayanagi Twins cranking their speakers all the way up to the Japanese character for 11 – a reference to “This Is Spinal Tap”. At times the references are thinly veiled – like Todd rocking a “Punisher” t-shirt – while at others they’re a little harder to spot – like Gideon’s logo being a riff on “The Legend of Zelda” Triforce symbol. Similar to Wright’s “Baby Driver”, “Scott Pilgrim” requires multiple viewings to spot all the eggs.


This horror remake is loaded with allusions to both the original 1990 miniseries as well as Stephen King’s iconic 1986 novel. For starters, King’s novel features a detailed history of Derry and its many catastrophes and the film references two of them – the Bradley Gang shout-out and the Black Spot nightclub fire – when Ben comes across some old newspapers in the library. Later, when Richie finds himself trapped in a room full of clowns, one of them closely resembles Tim Curry’s version of Pennywise from the miniseries. Speaking of the miniseries, it came out in 1990, 27 years before the remake. 27 years is also how long the monster hides beneath Derry. Coincidence? We think not.


We could do entire video on “Harry Potter” Easter eggs... In “Philosopher’s Stone” Snape’s first question to Harry is actually a coded message meant to offer his sympathies for Lily’s death. In “Chamber of Secrets” hardcover versions of the books can be seen when Harry visits Knockturn Alley. If you look closely at the Mauraders Map in “Prisoner of Azkaban” you’ll see two people engaging in what appears to be a sex act. The end credits of “Goblet of Fire” include the disclaimer: “No dragons were harmed in the making of this movie”. And in “Order of the Phoenix” Arthur Weasley dials “62442” to enter the Ministry of Magic; which actually spells magic. Sorry, that’s all the time we have…


This film made numerous references to the franchise’s previous films and in particular, “Star Wars: Episode IV – A New Hope”. For starters, Finn’s ID number is FN-2187, the same as the cell block number where Leia was imprisoned in “A New Hope”. Later, while aboard the Millennium Falcon, Finn stumbles across the practice sphere Obi-Wan trained Luke with, as well as the hologram game that Chewie and C-3PO were playing. Then there’s the flags outside of Maz Kanata’s, which contain a ton of allusions to past films. Honestly, what’s the point of directing a “Star Wars” movie unless you load it with shout-outs and in-jokes to the previous films in the franchise?


Marvel has cornered the market when it comes to Easter eggs. Each MCU film is loaded with them, none more so than “Guardians of the Galaxy”. The film, which introduced fans to the unlikely team of Peter Quill, Gamora, Drax, Rocket and Groot, is a non-stop barrage of hidden content. When the gang is arrested on Xander their mugshots are loaded with tidbits of information about their characters. Later, when they’re sent to jail, the lines on their jumpsuits indicate the types of crimes each character has committed. Then there’s The Collectors gallery, which is overflowing with references to past Marvel films. Much like “Thor: Ragnarok”, “Guardians” has way too many Easter eggs to list. So, happy hunting!


Pixar loves to populate its creations with Easter eggs and the “Toy Story” franchise is no exception. While most of the references are to other Pixar/Disney properties, the first “Toy Story” actually includes a shout out to “The Shining”. Don’t believe us? Just look at the pattern on the carpet. Creepy. The opening scene from “Toy Story 2” is loaded with references to sci-fi films like “Star Wars” and “2001: A Space Odyssey” and when the toys embark on a journey to save Woody, they encounter numerous “A Bug’s Life” characters. Finally, in “Toy Story 3”, a shot of Andy’s bedroom is loaded with Easter eggs for films like “Cars”, “Monsters Inc.” and “Finding Nemo”.


As anyone who’s seen “Deadpool” will tell you, the Merc with a Mouth can barely make it through a scene without spouting a pop culture nod or reference. No character is safe from the wrath of Wade Wilson, as he takes shots at “Green Lantern” – Ryan Reynolds’ most infamous role – the X-Men and Spider-Man. The opening scene alone is stacked with Easter eggs, from the coffee cup with Rob L. written on it (a reference to Deadpool co-creator Rob Liefeld) to the Hello Kitty lip balm (a nod to the fact that the Deadpool Twitter account used to only follow one other account: Hello Kitty). The amount of work this film put into its Easter eggs is staggering.


With a runtime of 112 minutes and upwards of 150 Easter eggs, this movie is basically one giant Easter egg hunt from start to finish. As Ralph and Vanellope embark on a new adventure, viewers are treated to an avalanche of winks, nods, references, shout outs and self-referential jokes. The film includes references to numerous Disney properties such as Mickey Mouse, Marvel, “Star Wars”, “Dumbo”, “Toy Story” and “Wall-E”. Oh, and of course, the scene where Vanellope meets all the Disney princesses. That’s not to mention the countless video game shout outs that occur in basically every scene. We dare you to try and find them all.


A spin-off of “The Lego Movie” – another Easter egg bonanza – as well as a parody of DC’s iconic caped crusader, “The Lego Batman Movie” is rightfully stuffed with bonus content that you can spend hours trying to find. The film features a plethora of references to TV shows, movies, music, comic books, video games, superheroes, and of course, LEGO. Director Chris McKay essentially emptied his mind of pop culture knowledge and tossed it into a blender and the result was “The Lego Batman Movie”. This is a perfect example of a film that requires multiple viewings to be fully appreciated.


Anyone who read Ernest Cline’s novel knew that this film adaptation was going to be bursting at the seams with Easter eggs of all shapes and sizes. Tack on the fact that it was directed by Steven-freakin’-Spielberg, the man responsible for some of history’s most iconic pop culture moments, and you have a film destined for the Easter egg Hall of Fame. Seeing as how the movie revolves around an actual Easter egg hunt, it’s only right that it be chock-full of tantalizing hidden content. There’s '80s references galore to go along with enough video game and comic book shout outs to keep even the most ardent of critics entertained!
Comments ∧

Send
Dana-Ann Caporicci
“I definitely agreed with this hidden list.”