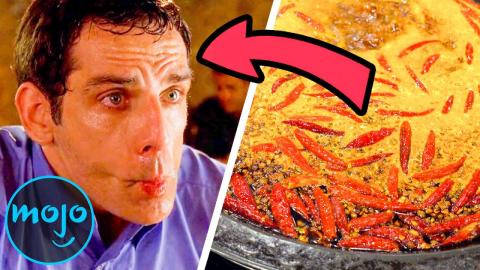 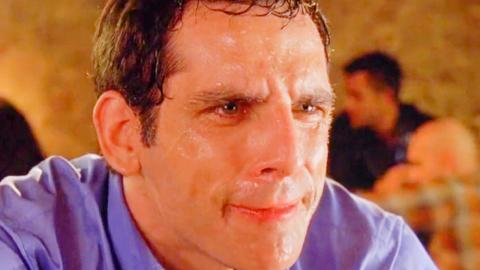 How Spicy is Too Spicy? 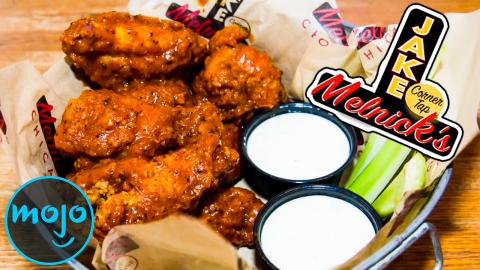 Top 10 Restaurants Where You Have To Sign a Waiver 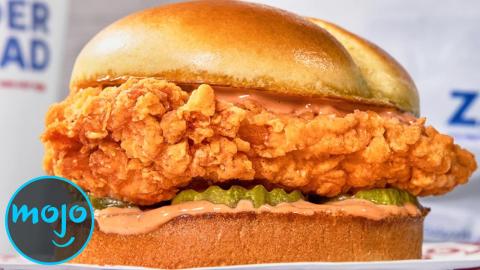 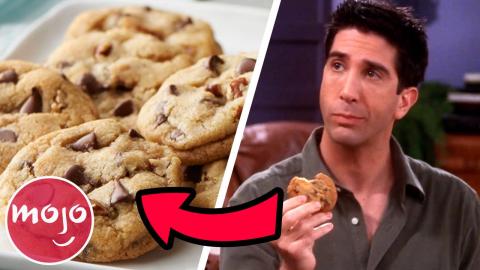 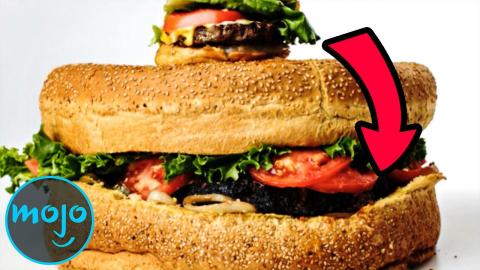 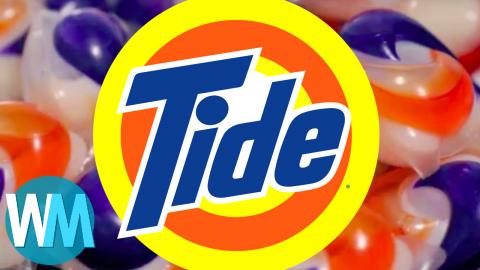 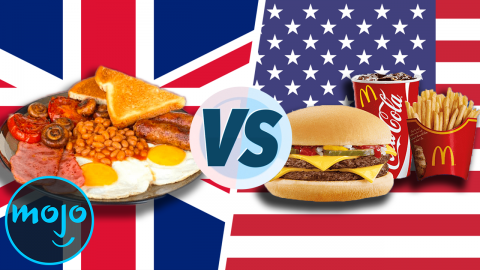 UK vs US Food: Which Is Better? 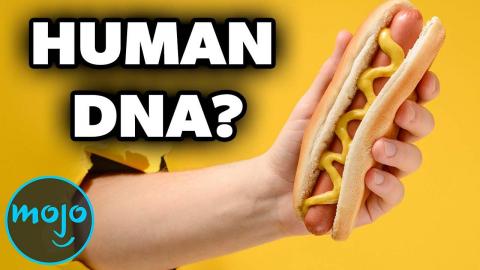 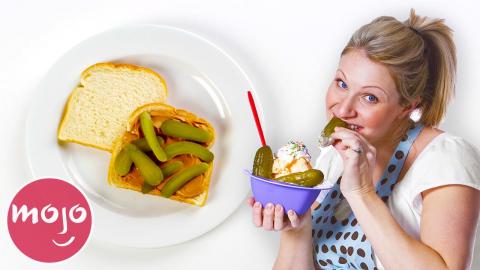 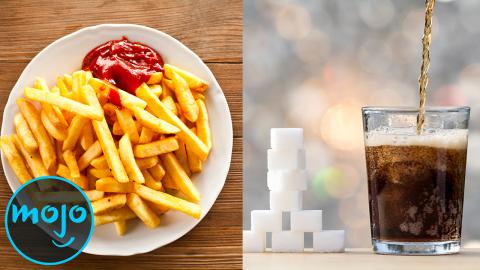 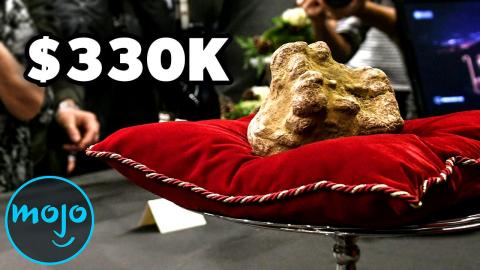 Top 10 Most Expensive Foods In The World 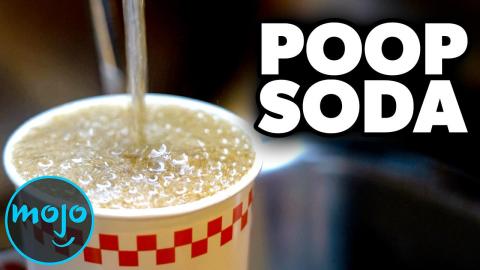 Top 10 Foods So Spicy We Can't Even

You might want to have a glass of milk at the ready before taking any of these bites! From the famed Suicide Chicken Wings, to the classic Sik Sik Wat, and the delicious Jerk Chicken, be warned... some like it hot. WatchMojo counts down the Top 10 Foods So Spicy We Can't Even.

Special thanks to our user Muppet_Face for suggesting this idea! Check out the voting page at WatchMojo.comsuggest/Top+10+Foods+So+Spicy+We+Cant+Even.
Transcript ∧


You might want to have a glass of milk at the ready before taking any of these bites! Welcome to WatchMojo.com, and today we’ll be counting down our picks for the Top 10 Foods So Spicy We Can’t Even.

For this list, we won’t be looking at any dishes from specific restaurants such as Pearl Café’s spicy fried rice or John’s Snack and Deli Korean Suicide Burrito. All of these dishes can be made at home after a quick trip to the grocery store.

A staple of bars and taverns the world over, burning hot chicken wings are a right of passage for anyone looking to test their tolerance to spice. While many restaurants will have suicide chicken wings on their menu, the amount of heat and spice that actually comes with the dish varies depending on the establishment… and the cruelty of the chef. Ultimately your best bet is to ask what kind of peppers or sauce they used in making their wings achieve “suicide” status. If it’s just your basic hot sauce then dig in. But if you find out they’re using ghost peppers – among the hottest in the world – then exercise a little caution.


This classic Ethiopian mixture is guaranteed to set your mouth on fire! The combination of chili pepper and numerous spices, including fenugreek and paprika, when added to beef or, less commonly, chicken, make for a rich and flavorful stew. Traditionally, this blend will be mixed into the stew well in advance and allowed to simmer with the other ingredients. As the beef begins to mix with the spicy pepper sauce it creates a taste that is truly one of a kind. Considered a delicacy in Ethiopia, Sik Sik Wat is one of those remarkable dishes that tastes great but is likely to seriously burn on its way down.


If super spicy chicken is your thing then we’ve got you covered with this next entry. Originally from Jamaica, jerk chicken gains its heat from scotch bonnet peppers and a good portion of the flavor from allspice. When these two ingredients come together sparks fly! To properly prepare jerk chicken you’ll first need to marinate it; and this usually involves dousing it in spices and adding garlic, cloves, nutmeg, brown sugar and salt. From there you just need to toss it on the grill until it’s hot and tender. While it’s typically made for chicken, jerk seasoning can be applied to pretty much any meat, fish or vegetable.


This classic Thai dish is sure to make your stomach growl and your forehead sweat! A simple mixture of beef, shallots, a few herbs and spices, and voila - you’ve got yourself some Neua Pad Prik. However, the secret ingredient that turns this seemingly normal dish into a spice explosion is…bird’s eye chili peppers - also often referred to simply as Thai chilies. Once those bad boys are tossed into the mix be sure to have a cooling side dish or beverage within arms reach, because your mouth is about to be set ablaze. Spicy, colorful, flavorful and easy to make…what more can you want from a meal?


The Chinese name of this dish literally means “numb and spicy”. This is due to the fact that it contains enough of the strange, numbing Sichuan pepper and accompanying spices and seasoning to sufficiently burn your mouth and make your intestines feel as if they just swallowed a piece of hot coal. Okay, it’s not that bad, but it’s definitely one of the spicier meals available. The dish is usually served in a metal bowl and contains various raw meats, flavored broth, vegetables and seafood. It is extremely common in many East Asian countries and is the perfect meal if you’ve been outside in the cold for a few hours.


This Southeast Asian staple is both delicious and spicy as hell. A variety of hot and sour soup, tom yum is typically made with shrimp or prawn. It is served hot and contains enough spices to make your eyes water. The source of this dish’s spiciness is the crushed chili peppers that are mixed in with the broth, lemongrass, lime juice and fish sauce. Don’t be fooled by this soups inconspicuous name; tom yum will knock you on your butt if you don’t pay it the respect it deserves.


While this dish might look mild, it is anything but. A common appetizer in Peru, papa a la huancaína is comprised of potatoes, hard-boiled eggs and a yellow cheese sauce. The latter is the reason for this dish’s spicy reputation. You see the cheese sauce is made with aji amarillo peppers and/or habaneros. Sure it looks creamy and safe, but once it’s in your mouth you’ll be begging for something to cool it down! If you enjoy this dish don’t forget to check out Cau-Cau, a Peruvian stew that combines potatoes with enough spices to make your hair stand on end. Yum!


If you’re looking for a dish that will scorch your intestines, burn your throat and turn your tongue to ash then this is the dish for you. Phall curry comes from a mixture of British and Asian cuisines and was originally developed in Birmingham, England. The dish typically combines chilli peppers with scotch bonnets, a brutally hot chili pepper, and habanero chilies to create a dangerously spicy mixture. Some restaurants, such as Manhattan’s Brick Lane Curry House, warn potential diners that if they order the phall curry dish the restaurant is not responsible for any potential pain their stomach is sure to encounter. So much for a nice night out on the town!


This popular curry dish can be made with a variety of different ingredients. However, true Indian vindaloo will almost always be spicy as hell. The dish itself is most commonly comprised of pork, which is marinated overnight in spices, vinegar, and caramelized onions and then cooked in even more spices before being served. The spiciness of the dish varies depending on the amount of hot chili being used. Although, on occasion, vindaloo has been made with Bhut jolokia, which some of you may recognize as the dreaded ghost pepper. It goes without saying that once you toss that into the mix you better be ready to feel the burn.


Topping off our list of scorching dishes is a stew that is extremely popular in Korean cuisine. Kimchi Jjigae is typically made by mixing red chili peppers, onions, garlic and/or tofu into a pot of boiling water along with a generous helping of spicy kimchi; which is essentially just salted and spiced fermented cabbage and radish. The extreme levels of spiciness found in the dish derives from the slow infusion of the kimchi within the pot of boiling water. If it wasn’t already likely to burn a hole through your tongue, Kimchi Jjigae comes with the added bonus of being served at a temperature just below the boiling point. Now that’s hot!