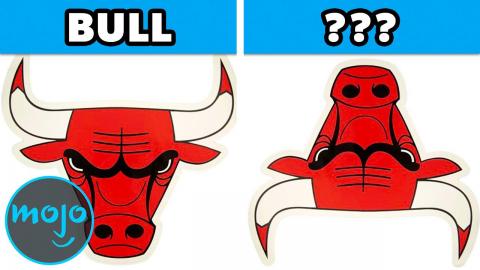 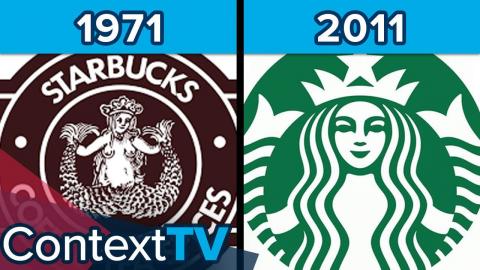 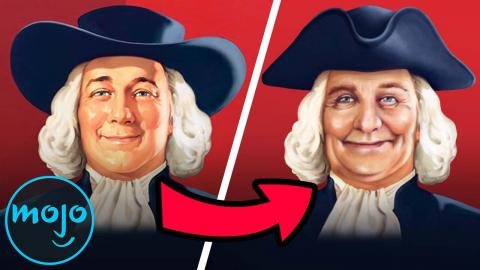 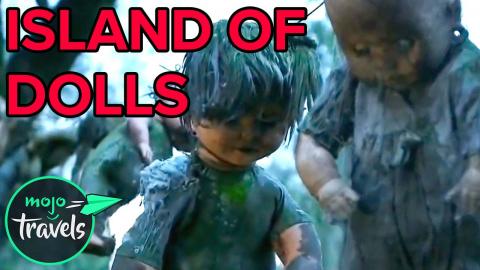 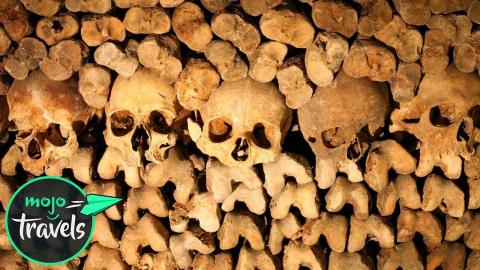 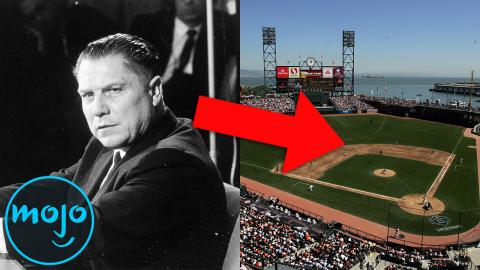 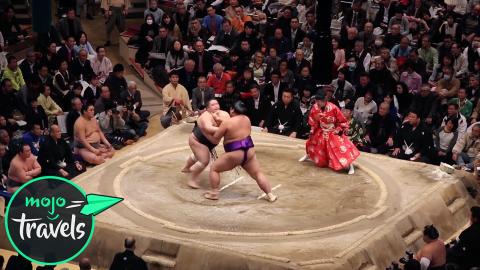 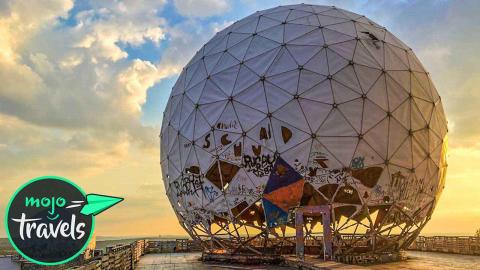 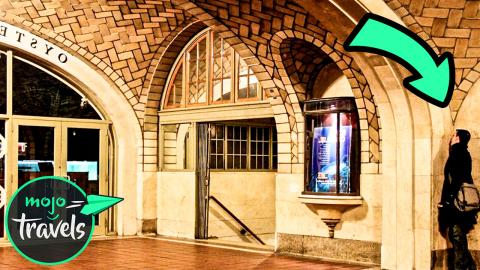 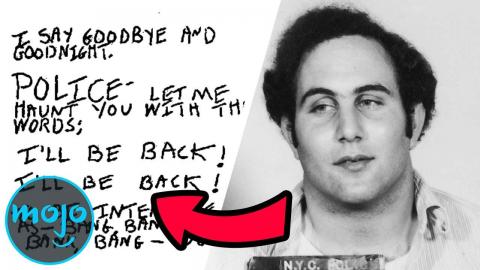 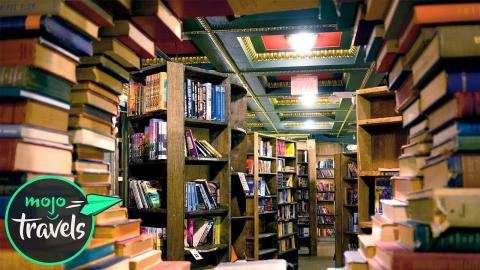 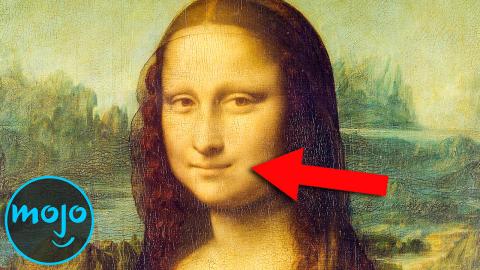 VOICE OVER: Rebecca Brayton WRITTEN BY: Spencer sher
Talk about hidden in plain sight! For this list, we're taking a look at small details or random images that can be seen in famous logos. However, they don't have to be intentional to make the list. Let's get to it. Welcome to WatchMojo, and today we'll be counting down our picks for the Top 10 Logos You Can Never Unsee.
Transcript ∧

Talk about hidden in plain sight! Welcome to WatchMojo, and today we’ll be counting down our picks for the Top 10 Logos You Can Never Unsee.

For this list, we’re taking a look at small details or random images that can be seen in famous logos. However, they don’t have to be intentional to make the list. Let’s get to it.


Now here’s a crossover we didn’t see coming. Eagled-eyed sports fans may have noticed that the ESPN logo is hiding not one, but two interstellar gunslingers. If you look closely at the letter “N,” it bears a strong resemblance to the helmet worn by Boba Fett in the “Star Wars” franchise. As if that wasn’t shocking enough, it’s also been pointed out (by a Redditor with way too much time on their hands) that when you look at the full ESPN logo sideways, it appears to display a crouching Master Chief from the “Halo” video game series. So yeah, if you want to impress your sports pals the next time you’re sporting it, just show them the two hidden space dudes in the ESPN logo.


Spelling, grammar, punctuation, these things matter. Unless of course, you’re an international chain of convenience stores like 7-Eleven. We totally understand if you never noticed this small detail during one of your many Slurpee runs, but if you look closely, you’ll notice that all the letters in 7-Eleven’s logo are capitalized except the “n.” Why? Who knows? But now that you’ve seen it, you’ll never be able to un-see it! Ironically enough, one of the items stocked in most 7-Eleven’s also features an oddly spelled logo. Ever looked closely at a can of Dr Pepper? Well then maybe you noticed that something is missing. Something like say, a period after Dr? Seriously, what’s up with that?

#8: The Bear in Toblerone


This well-known chocolate producer hails from the Swiss city of Bern, whose unofficial mascot is a bear. In fact, since the 16th century, Bern has housed its symbolic animal in pits in the middle of the city, for locals and tourists to admire. So, when Toblerone set up shop there in 1908, they did right by the beloved animal; hiding one inside of their logo. It’s the kind of thing that you won’t be able to shake once you’ve noticed it, as the snow-capped peaks of the logo’s mountain very clearly display a bear standing on its hind legs.


Founded in Anaheim, California in 1966 and now synonymous with skateboard culture, Vans is one of the most recognizable shoe and apparel brands in the world. Their logo is everywhere, from TV commercials to billboards; and has been splashed across walls at various extreme sports events for decades. So, how is it that most people have never noticed that the Vans logo looks like the square root of the answer? This one is so painstakingly obvious that we’re actually kind of shocked it took us this long to notice. Who knew the folks at Vans were such math aficionados?


The 2014 FIFA World Cup was hosted by Brazil and saw Germany take home its 4th title. However, looking back on that historic sports event, it’s hard not to notice something peculiar about the event’s logo. Specifically, that it resembles someone giving themselves a facepalm. Some have even likened the logo to Captain Picard giving himself a facepalm, something that’s become a popular meme in recent years. While the logo is clearly supposed to be three hands coming together to form the FIFA World Cup Trophy, it’s hard to argue that it really looks like a good old-fashioned facepalm. We’ll let you decide for yourself…


KFC founder Colonel Harland David Sanders may have passed away in 1980, but his image continues to be used by the fast food chain for promotional and merchandising purposes. As such, his likeness is as synonymous with the brand as the fried chicken. With his white hair and matching goatee, glasses and black tie, Sanders is easily one of America’s most recognizable cultural figures. So, how did it take so long for somebody to notice that the aforementioned tie looks like his itty-bitty stick figure body? Just look at that thing! It’s so obviously hilarious we can’t believe KFC hasn’t incorporated it into an advertising campaign yet. To anyone who never noticed this before, we’ll say this: you’re welcome.


Okay, by now most people have heard of the FedEx arrow, but we couldn’t not bring it up. Simply put, the courier service figured out that the empty space in its name, located between the “E” and the “X”, could be redesigned to look like an arrow pointing forward. This is an apt detail to hide inside of a company whose primary purpose is getting things from one place to another. The FedEx arrow is far from the most ingenious hidden logo detail, but it manages to get its point across (pun definitely intended) without having to shove it down the consumer’s throat. And for that, we salute them.


The jury is still out on whether this was intentional or whether some mad genius who loves overanalyzing logos just stumbled upon it by chance. When looking at the logo for the car company Toyota, it looks like nothing more than a collection of shapes. However, if you highlight and remove various sections of the logo, you can actually spell Toyota. Seeing as how Toyota consists of just four letters, this isn’t exactly rocket science. However, it’s still impressive that someone noticed it in the first place. This is definitely one logo we won’t be looking at the same way ever again.


Who knew that discovering an awesome hidden detail in a well-known logo was as easy as flipping it upside-down? The Dodge Viper was first introduced in 1991 and the two-seat sports car has been turning heads ever since with its sleek design. However, its logo has recently started turning heads for a different reason. Simply put, when you turn it upside down, it bears an uncanny resemblance to everyone’s favorite cartoon duck. Perhaps the people responsible for designing the logo were big Looney Tunes fans? Honestly, your guess is as good as ours.


Okay, this one is downright silly. However, we here at WatchMojo have made it our business to find the silliest— uh, most important information on the internet and break it down for you. So, without further ado, allow us to show you what the Chicago Bull’s logo looks like upside down. There are basically two schools of thought when it comes to this truly unique hidden detail. There are those who think it looks like a robot reading from a book atop a bull shaped desk, and there are others who say it looks like said robot is having sex with the bull. Either way it’s a truly incredible find and one we will surely be discussing at our next dinner party.
Comments ∧