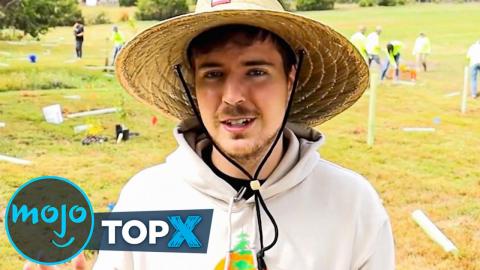 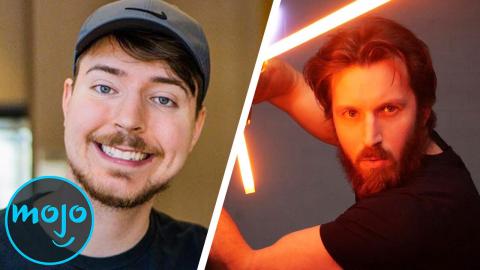 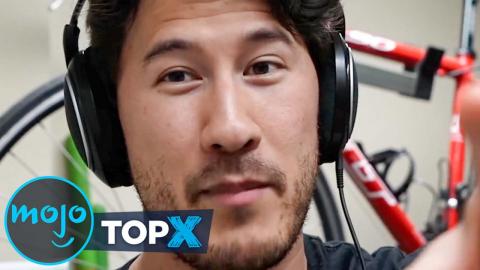 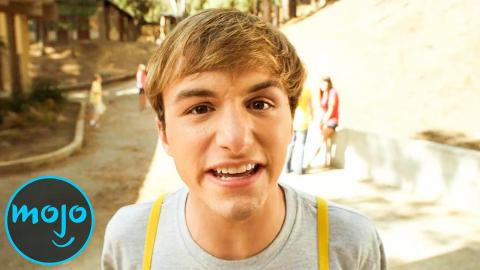 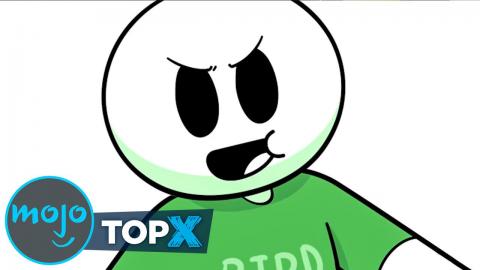 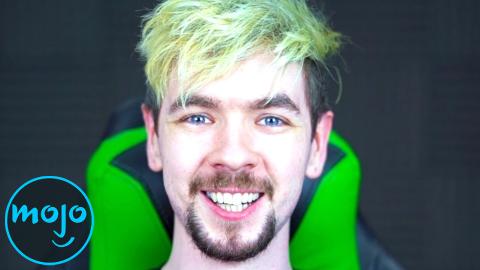 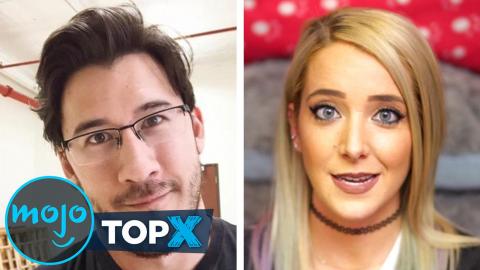 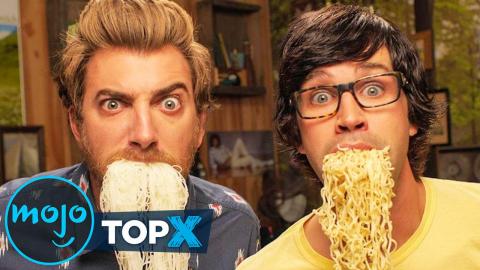 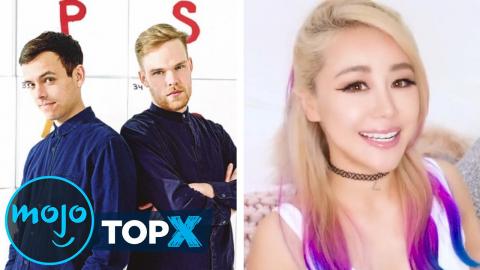 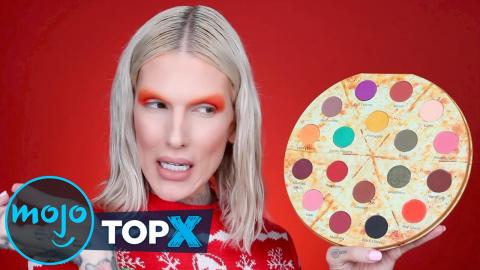 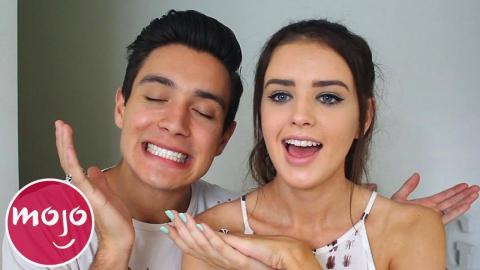 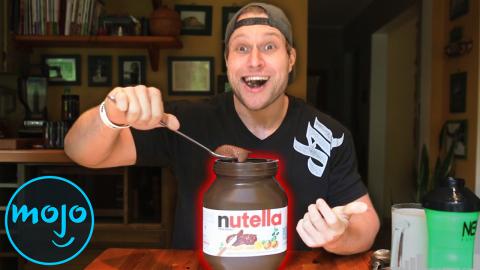 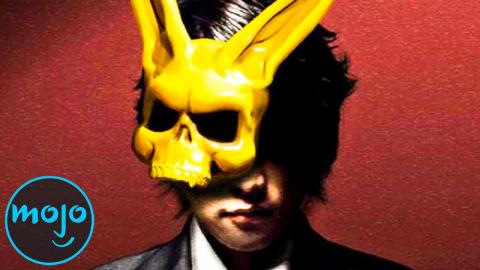 VOICE OVER: Phoebe de Jeu WRITTEN BY: Christopher Lozano
Do you like watching YouTube videos about other YouTube videos? For this list, we'll be looking at those channels which experienced amazing growth in subscribers or produced buzzworthy and highly entertaining content in 2019. For the sake of modesty, we left ourselves off the list. I mean, how biased would that be? Then this one is just for you. Welcome to WatchMojo and today we'll be counting down our picks for top 10 YouTube Channels of 2019*, (*not including ourselves).

For this list, we’ll be looking at those channels which experienced amazing growth in subscribers or produced buzzworthy and highly entertaining content in 2019. For the sake of modesty, we left ourselves off the list. I mean, how biased would that be? Right? *Cough* Like, subscribe, ring the bell and give us a thumbs up *cough*.


This channel is host to several different series, including Sean in the Wild and the Curry Shop, but it is by far best known for its interview show Hot Ones. The premise is simple: Sean Evans sits down with a celebrity and interviews them while they eat progressively hotter and hotter chicken wings. We love seeing normally composed and rehearsed stars break down as their mouths catch fire. Hot Ones started strong in 2019 with guests like Gordon Ramsey, Shaquille O’Neal, and Scarlet Johansson and has continued to light up the channel’s subscriber count, which has jumped to over 7.5 million! They really are Da' Bomb!


The internet has taught us a few facts about ourselves as a species and one of those facts is that we like to watch people do strange, gross, and silly things. That’s where The Try Guys come in. Originally a segment for Buzzfeed, this show’s creators spun their series off into its own channel. Keith, Ned, Zach, and Eugene entertain us by trying anything and everything; from eating and ranking large amounts of food, to even becoming philanthropists and planting trees. The channel continues to grow and 2019 has been no exception, with their videos regularly reaching millions of views.


The rise of streaming services has made trending entertainment even more accessible, and in turn, fostered a new generation of critics, alongside theatre-viewing traditionalists, of course. This means that it has become quite popular to create content which parodies and critiques movies...and we’re not complaining. How it Should Have Ended is an animated show which revels in pointing out the logical flaws, filmmaking failures, and plot holes in our favorite movies, like Avengers: Endgame, Aladdin, and IT: Chapter Two. They create original parody content with a unique cartoon twist that viewers clearly love, bringing their subscriber count to over 9 million this year!


What’s better than playing video games? Watching a hilarious guy, with beyond entertaining, and very Irish, energy play video games! Jacksepticeye’s comedic dedication through his Let’s Plays and Playthroughs would turn any Boomer into a certified gameplay fan! Alongside sketch comedy videos, Jackscepticeye has built his channel up by playing through, experimenting and providing his unique perspective on some of the most popular games out there, such as Minecraft and Luigi's Mansion 3. His channel has over 23 million subscribers, and his videos views in 2019 have been impressive, especially given that his content is sometimes over several hours long.


This massive sports-comedy channel is run by a group of former Texas A&M roommates and is all about face-melting trick shots. Trick shots are a one-time incredible feat and nearly impossible to pull off, so it’s safe to say Dude Perfect specialize in the “nearly impossible.” Some of their most successful content this year includes tricks performed with plungers, ping pongs, and model airplanes, but if sensational challenges aren’t your thing- like laying in a box of snakes - they also do light-hearted competitions. The channel has nearly 50 million subscribers and their videos regularly get tens of millions of views. We’d call that a pretty Dude Perfect year.


This is another game play channel that focuses on open-world, survival, and first-person shooter games. Voiced by 5 hilarious guys, Neebs Gaming’s running gags and antics and are enough to reign them as one of the most underrated channel on YouTube this year. Their fans even appreciate their editing style! So if you like entertaining commentary on games like Red Dead Redemption and Ark Survival Evolved - oh and if you’re into world peace - check them out! You can try subscribing to them to get them to 2 million, but they claim to only accept the best subscribers.


Mr Beast has a special gift, he can take the mundane and the tedious and make us love it. He also stages some pretty wild competitions with his friends. Jimmy started his channel back in 2012 making Let’s Play videos. Things changed, however, when his Counting to 100,000 video struck gold. Who knew that counting for a really long time could be so engaging? Jimmy knew. Some of the other things he jokingly brags about accomplishing are Reading the Dictionary and the Bee Movie Script, Watching Paint Dry, and Saying Logan Paul 100k Times. Oh and did we mention his numerous fundraising efforts? Now that’s something to brag about.


Game Theory is a webseries hosted by MatPat, aka Matthew Robert Patrick, which focuses on some of the intellectual aspects, or as he calls them “nerdy theories” of game design and game making. But that’s not to say he isn’t funny too. Game Theory has covered and analyzed many of the classics like Mario Brothers as well as newer games like the Untitled Goose Game, Minecraft, and Pokémon Sword and Shield. We’re particularly fond of the way Matt can take a deeper and more thoughtful look into the logic and story of games we know and love, making the channel’s 12 million+ subscriber count and consistently high views a no brainer.


There are lots of movie review channels growing on YouTube, but this one separates itself from the crowd by concentrating on the horror genre. It’s famous for its “Kill Count” series hosted by James A. Janisse, in which he either selects a movie and counts up all the fatalities throughout the film, or picks a specific character and keeps exclusive tabs on them. So needless to say the channel is not for the faint of heart, but his sarcastic tone keeps it light enough for anyone to appreciate, horror buff or not! James also goes in-depth on the horror genre as a whole and does some movie reviews on the “Dead Meat Podcast”, which he co-hosts with Chelsea Rebecca.


Chances are you already know all about Felix Kjellberg, aka PewDiePie, but in 2019 he proved that he’s not going anywhere. Through his comedy series, meme reviews, vlogs and Let’s Play content, his channel reached viral fame and grew to 102 million subscribers and 23 billion video views this year, officially crowning him the most subscribed and viewed individually-run channel on YouTube. Okay, so, Pewds is kind of a problematic personality depending on who you ask, what with his accused anti-semitism and all, but to his fans - and there are many MANY fans - he will always be King of YouTube.

report
CuriousUserX90
“We should be sure that this won%u2019t be the last we see of this kind of video, Fight Back against COPPA we shall.”