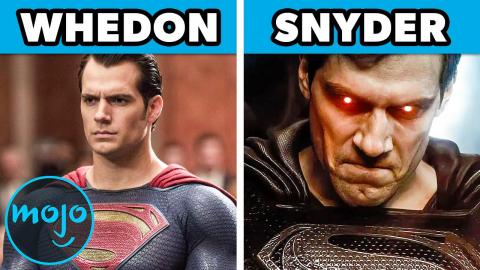 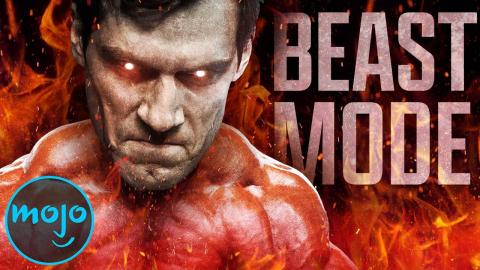 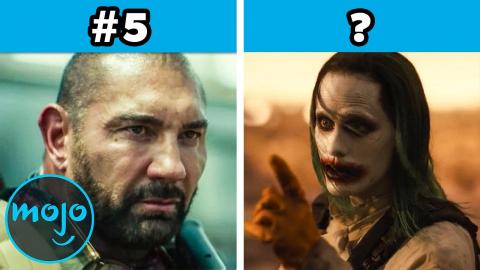 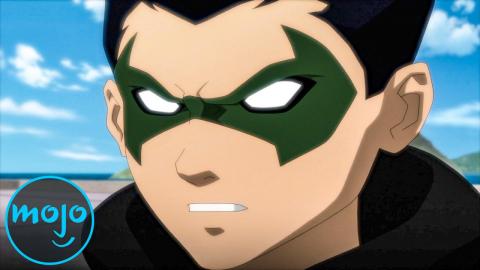 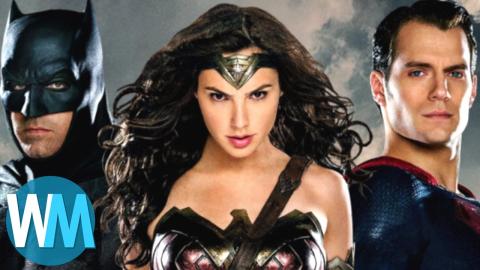 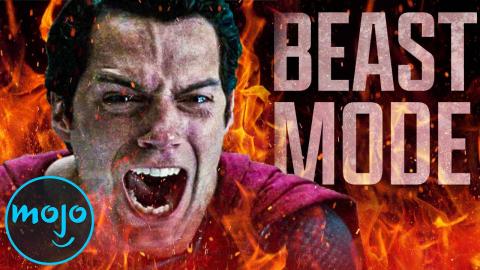 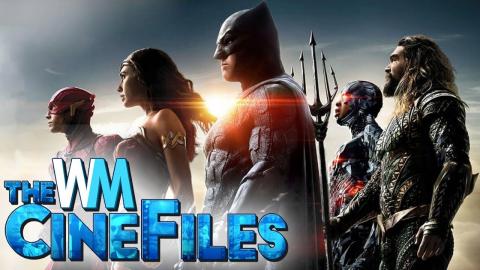 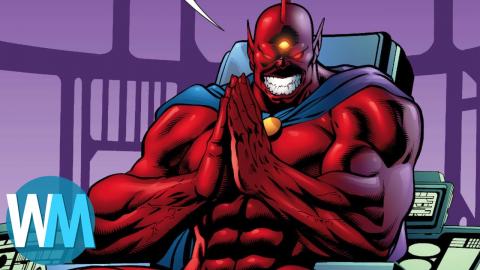 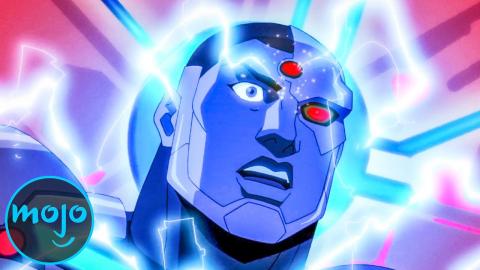 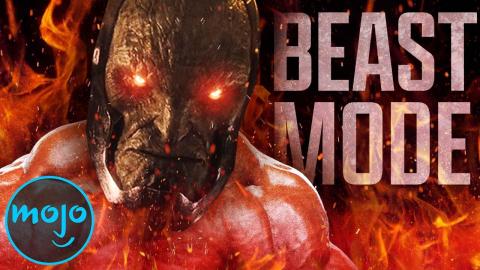 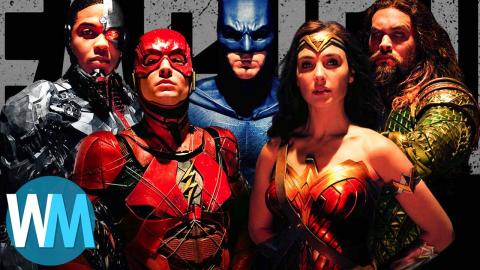 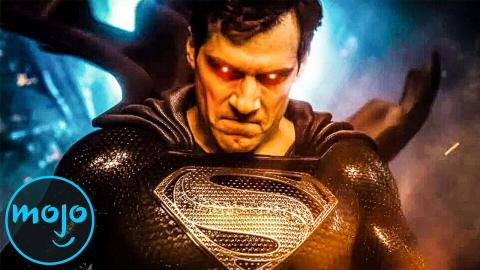 VOICE OVER: Rebecca Brayton WRITTEN BY: Andrew Tejada
These epic movie moments from Zack Snyder's Justice League blew people's minds! For this list, we'll be looking at cool moments or Easters Eggs in the superhero film that were worth stopping the movie for. Our countdown includes Martian Manhunter Reveals Himself, Joker Enters Stage Left, Five Heroes Charge Into Battle, and more!
Transcript ∧


Welcome to WatchMojo, and today we’re counting down our picks for the Top 10 most paused “Zack Snyder’s Justice League” moments.

For this list, we’ll be looking at cool moments or Easters Eggs in the superhero film that were worth stopping the movie for. Since we'll be talking about the entire story, there will be some big spoilers ahead.

What moment made you do a double-take? Let us know in the comments.

It’s always epic to get a scene of the heroes gathering together right before they head towards a major fight. While “Zack Snyder’s Justice League” gives us a bunch of great hero team-up shots throughout the film, there’s one that stood above the rest. When Batman, Wonder Woman, Aquaman, Cyborg, and Flash race forward to confront Steppenwolf, the movie slows down to savor the moment. It’s an amazing shot, from Wonder Woman’s outstretched sword arm and Flash’s lightning to the tanky Batmobile. Even when the image is frozen, you can still feel the energy radiating from the shot. The DC heroes have never looked better in live-action together.


In between the action scenes and growing conflict, we get a quiet scene with a lonely Lois Lane. If you pause the movie while she’s reaching for her drawer, you can spot a pregnancy test. This innocent shot was an incredibly significant scene. According to Zack Snyder, Lois was pregnant with Superman's child. Snyder’s vision for the DCEU was to have the child grow up with his parents but never gain superpowers. At the same time, Barbara Gordon would fill in for Batman after the Dark Knight sacrificed himself. Once Superman's child was old enough he would take over as the new Batman. The massive plotline planned for Lois’s child makes the small shot of her pregnancy test one of the movie’s biggest moments.

While fans eagerly awaited the debut of “Zack Snyder’s Justice League”, they learned Martian Manhunter would appear in the film. It was also revealed that the shapeshifting alien hero had been hiding in plain sight as “Man of Steel’s” Calvin Swanwick all along. So, fans were expected to see Martian Manhunter transform out of Swanwick’s appearance. But they never anticipated that the alien would take the form of Martha Kent. When Martian Manhunter shapeshifted from Martha to his natural green guise, we had to pause the film to make sure we had seen this correctly. The alien hero managed to shock us without saying a word. Hopefully, he’ll get even more screen time in future films.

When Iris West gets into a car accident, Barry Allen races into action to save her. He moves so quickly that everything around him seems to be moving in extreme slow-motion. There is so much detail packed into this scene that it’s worth pausing the various shots to take it all in. Audiences can see Barry burst out of his shoes, see solid glass look like liquid, and watch the asphalt rippling around the Flash’s bare feet. Even his interaction with a stray hot dog doesn’t take away from the beauty and magnificence of this scene. This speedy sequence will make you believe that a man can … run incredibly fast!

#6: Cyborg Smiles During His First Flight

The power of a mother box helped Victor recover from a gruesome car accident. However, this alien technology turned him into a human-machine hybrid. Victor is initially overcome with resentment over his new appearance. But he starts seeing himself in a new light while listening to his father’s words. After a great sequence where he tests out his technological abilities, Victor flies straight up into the air. The huge grin that flashes across his face as he rises higher and higher fills us with pure joy every time we see it. This brief glimpse of Victor's happiness deserves a rewatch because it marks the moment he starts embracing his identity as Cyborg.

Hype was through the roof to finally see the legendary Darkseid in “Zack Snyder’s Justice League” And his debut didn’t disappoint. In a flashback scene, we see Darkseid jumping off his ship into battle. After he lands, the camera slowly pans up to reveal his face in all its brutal glory. The buildup to his feature film debut is perfect. Shortly after he appeared, we had to pause again to confirm that the Ares we saw in “Wonder Woman” was the one who injured Darkseid with an axe. And we stopped one more time when Darkseid, Granny Goodness and DeSaad were seen through a portal.Basically anytime this domineering villain appeared, we had to take a second to appreciate what we were seeing.


Right before Flash helps revive Superman, Cyborg gets a terrifying vision of a future where the heroes lose. We see Wonder Woman being laid to rest in front of her fellow Amazons. Darkseid also unleashes his iconic Omega Beams before defeating Aquaman. And to close up this nightmarish scene, Superman hovers over a broken Justice League sign while holding Batman’s cowl. Fans had to rewatch the scene to take in all the small details, like Darkseid approaching the Amazons from a distance and a deceased Green Lantern. Although this scene looks cool and is full of Easter Eggs, we hope Cyborg’s dark vision never comes to pass.

Joker’s “Suicide Squad” design made him hard to take seriously. His silly tattoos, shiny grillz, and frequently exposed chest had the clown looking like a parody of the legendary villain. But this was all fixed in “Zack Snyder’s Justice League”. When we see Joker in the nightmare sequence, his tattoos are gone, he’s ditched the mouth jewelry and he has red lipstick smeared on his face. The clown’s improved look is accompanied by a solid performance from Jared Leto. In his short appearance onscreen, he makes us believe this version of the clown is a match for Batman. While Leto’s supervillain future is questionable, this insanely rewatchable scene was definitely a good demonstration of his talents.

#2: Black Superman Suit in the Sun

We're pretty sure it's a fact that superheroes always look better in black. If you think we're wrong, just take a look at the scene where Superman puts on a new suit. Instead of going with this traditional blue and red, he decides to give the color black a try. The suit is a fantastic alternate design. His house sigil is now in silver and he’s got a black cape that even Batman would be jealous of. While every shot of him in his new black suit is great, the scene where he flies into space really highlights how good the outfit is. If Henry Cavill gets to fly as Superman in another outing, we hope he keeps this black suit in his wardrobe.

#1: Flash Goes Back in Time

There's a timeline where Barry Allen was too late to stop the world’s destruction. But luckily he has the ability to travel back into the past. In an absolutely gorgeous scene, Barry moves fast enough to turn back the clock. As he runs, pieces of the destroyed Earth appear under his feet. And he moves across an absolutely stunning speed force background that makes him look like he’s racing across the galaxy. Barry saved the lives of billions of people when he broke his rule and ran faster than the speed of light. And in the process he gave us a movie scene worth stopping and re-watching on an endless loop.
Comments ∧