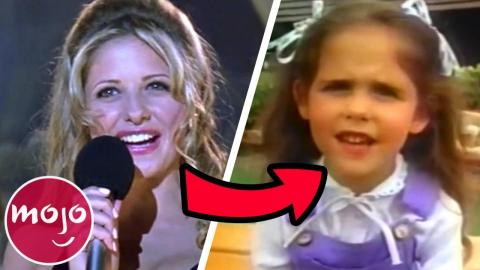 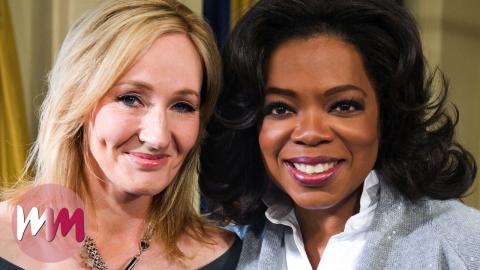 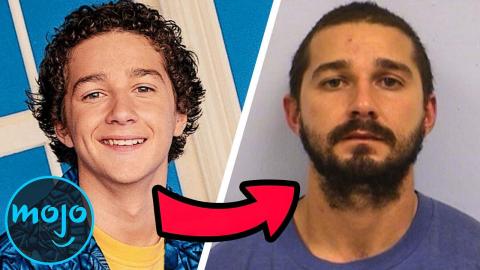 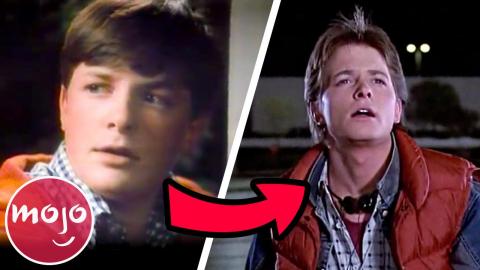 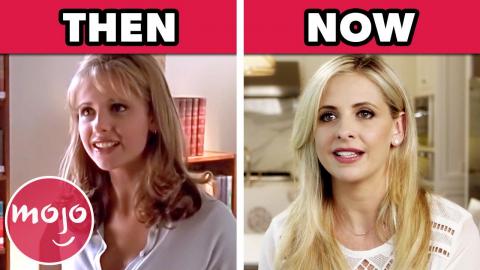 Whatever Happened to Sarah Michelle Gellar? 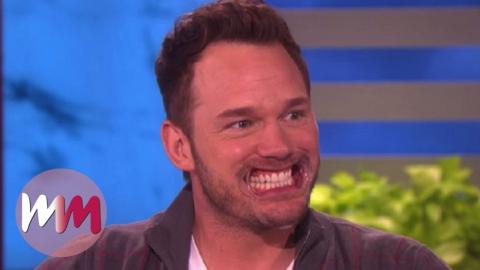 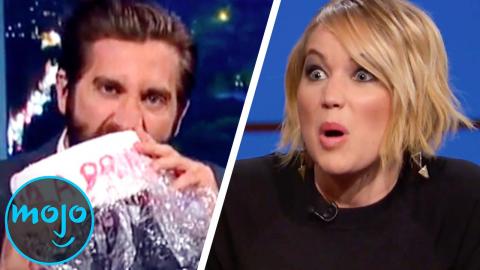 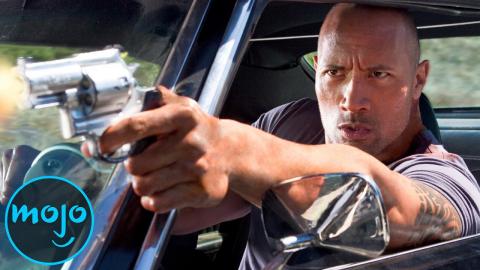 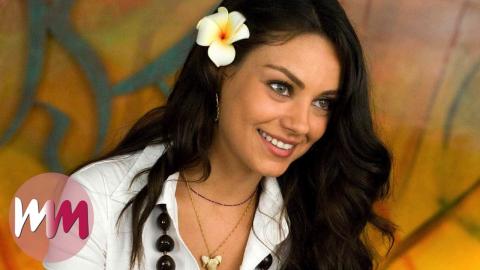 Top 10 Celebs Who Found Fame in the Oddest Ways 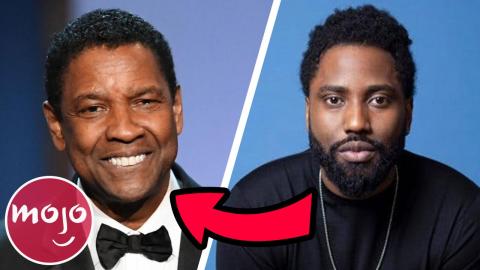 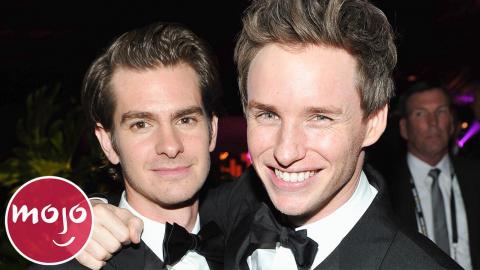 Top 10 Celebs You Didn't Know Grew Up Together 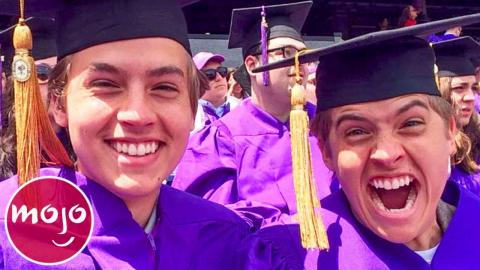 Top 10 Celebs Who Went Back to College After Getting Famous


Welcome to MsMojo, and today we’re counting down our picks for the Top 10 Celebs Who Got Their Start By Accident.

For this list, we’ll be looking at serendipitous moments that set the careers of some of Hollywood’s biggest names in motion.

Tell us in the comments what your favourite celebrity origin story was.

Before he was walking with the dead, Norman Reedus was walking right out of a job. He moved out to Los Angeles to be with a special lady, but it didn’t work out. Neither did his job at a motorcycle shop, where he was fired after fighting with his boss. That night, a pal took him to a party, where he drank too much and became belligerent; but also caught the eye of someone who offered him an understudy role in a play. Accepting the offer, Reedus assumed he'd never actually have to perform, but when the actor he was standing by for flaked, Norman had to fill in. His performance made an impact on an agent in the crowd and rest is as they say, history.

As one of the biggest child stars of the early 2000s, Hayley Joel Osment already had a prolific career before he was even a teenager. Discovered by a casting team in an IKEA in Burbank, California, this random encounter led Osment to getting cast in his first ever role: a Pizza Hut commercial. Before he knew it, he was cast as Tom Hanks’ son in “Forrest Gump”. Only a few years later, at just ten-years-old, Hayley was nominated for a Best Supporting Actor Oscar for his breakout role in “The Sixth Sense”.

A young Chris Pratt probably never believed his life would turn out how it has. After dropping out of community college and working odd jobs - including as a stripper - Pratt found himself living in a van in Maui. After becoming a server at the Forrest Gump-inspired restaurant chain Bubba Gump, Chris happened to wait on actress Rae Dawn Chong. His service must have been superb because he walked away with more than a tip. Chong offered him a role in her directorial debut, “Cursed Part 3”. From there Pratt continued to pursue acting and landed his star-turning role as Andy Dwyer on “Parks and Recreation” years later.

Sometimes a little Christmas magic is all it takes to turn a mundane occasion into something more. During a last minute Christmas shopping trip in his hometown Newcastle upon Tyne, England, Charlie Hunnam had a little bit to drink to get him through the seasonal stress. He just so happened to be shopping at the same time as a production manager of a local show. Cheekily, he blew a kiss, and while not everyone would take too kindly to this gesture, the manager approached him with an acting opportunity. From there, the wheels were in motion and soon, Hunnam was riding off into a starring role on “Sons of Anarchy”.

Before she was battling vampires as Buffy Summers, Sarah Michelle Gellar was a child star who got her start all thanks to good timing. When she was only four-years-old, the tiny tot was dining at a New York City restaurant with her family when a talent agent approached them. Shortly after, Gellar made her onscreen debut on the television movie “An Invasion of Privacy''. She went on to star in commercials including an infamous one for Burger King where her onscreen persona talks negatively about McDonalds, which led to a lawsuit. In the end, Sarah came out on top playing a slew of iconic roles in movies such as “Cruel Intentions” and “I Know What You Did Last Summer”.


From dancing in a Ricky Martin video to modelling, Channing Tatum was already attempting to make strides in the industry before he was discovered. After being noticed on the street by a talent scout in Miami, this meeting gave Tatum the extra little nudge to set him on the path to Hollywood. After starring in films like “Step Up” and “21 Jump Street”, Channing returned to his roots in “Magic Mike”, which is loosely inspired by his time as stripper. With some good timing and a good story, he’s definitely made a solid career for himself.


Talk about timing! When a fifteen-year-old Rosario Dawson decided to sit on the front stoop of her home in New York, little did she know that choice would change everything. After being noticed by “Spring Breakers” screenwriter Harmony Korine and photographer/director Larry Clark, she was asked to audition for the duo's upcoming film. Without a shred of acting experience, she ended up earning the role and made her acting debut in the 1995 film, “Kids”. Since then, Dawson has gone on to have a thriving career in show business starring in movies like “Rent” and “Sin City”.


After serving time, Danny Trejo turned his life around and pursued work helping manage sober living houses. After meeting a resident who worked as a movie extra, Trejo signed up with an agent in hopes of finding background work to help support his passion for helping others. While assisting a patient on the set of the film “Runaway Train”, he was given a role which led him to becoming Eric Roberts’ onset boxing trainer. Impressing the production with his grit, experience and authenticity, Trejo was given a small onscreen role. From then on, Danny continued to make his mark in Hollywood, appearing in everything from “Modern Family” to “Muppets Most Wanted”.


As one of the world's most recognizable figures, Oprah Winfrey, like everyone, had to start somewhere. After winning a beauty pageant, a local radio station asked her to make an announcement, which impressed them so much that they offered her a job. This was the catalyst for Winfrey’s budding broadcast career that set her on the path to eventually becoming daytime television's most recognizable face. From interviewing everyone from celebrities to royalty to politicians to running her own network, magazine and more, Oprah was born with undeniable star power.


Before she was winning Academy Awards and making bank as one of the top earning actresses in the biz, Charlize Theron had a big dream and she wasn’t going to let a little thing like money get in her way. After the South African starlet relocated to Los Angeles, she toughed it out stretching every last cent from her modelling gigs in order to pay for food and shelter. While pleading with a bank teller to cash an out-of-state cheque, Charlize was spotted by a man named John Crosby, who just so happened to be a talent agent. Their serendipitous meeting was the first step in Theron’s career and led her to becoming one of the industry’s leading figures.
Comments ∧