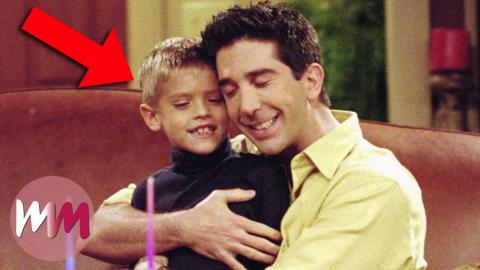 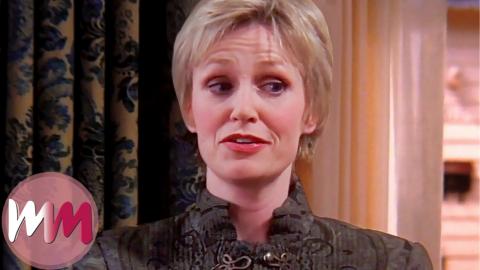 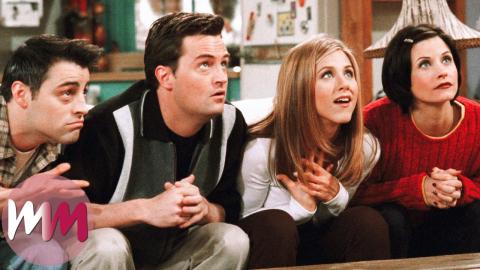 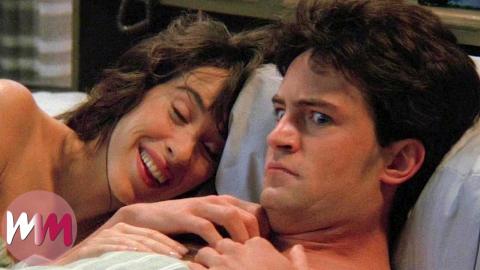 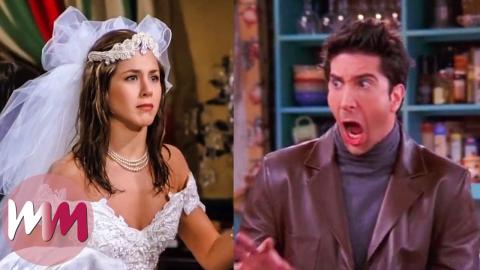 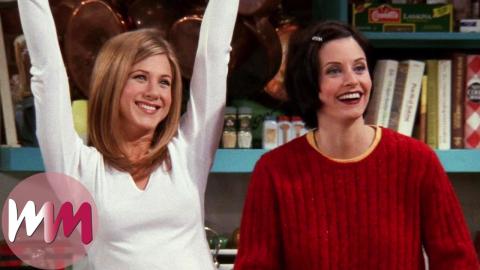 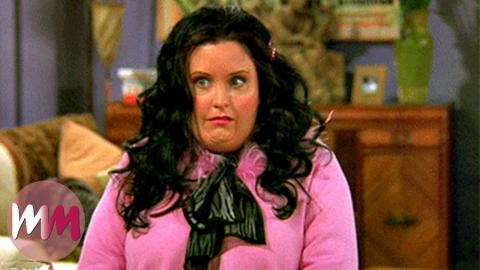 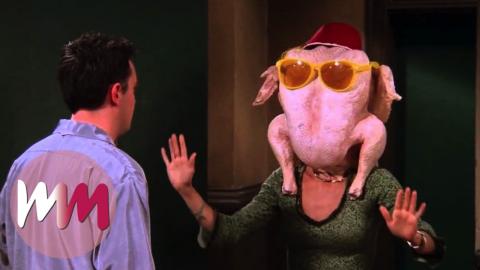 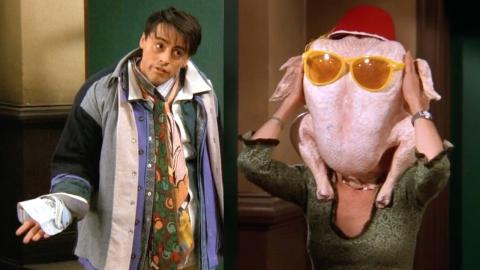 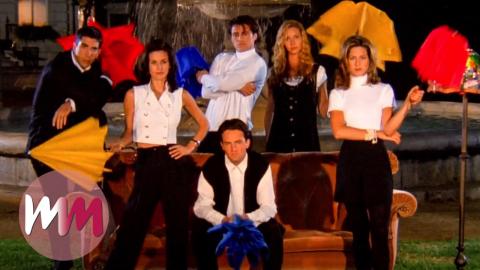 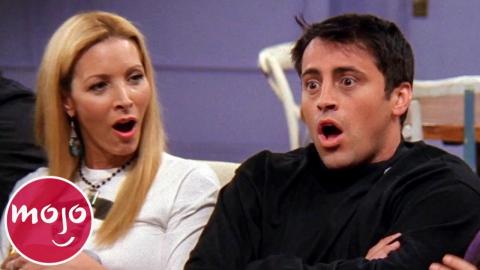 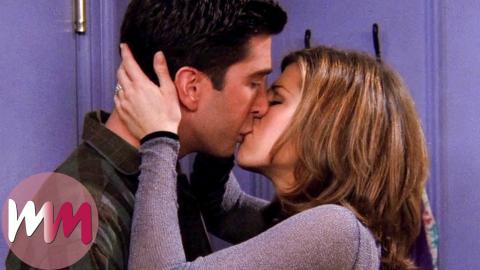 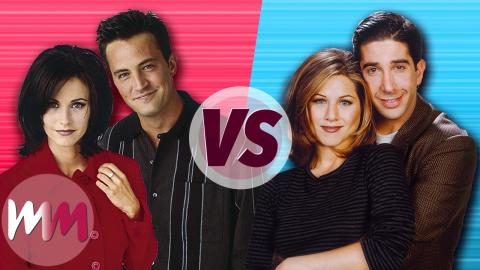 Once you spot these Friends plot inconsistencies, you'll never stop thinking about them. In this video we're looking at parts of the “Friends” narrative that just don't add up! For example, does Phoebe know how to speak French of not? Chandler can't cry is a running joke throughout the series but real fans of the show however remember several earlier instances where Chandler cried. The most notable is in the episode where Ross is trying to decide who his best man is. He gives Joey and Chandler an emotional speech about how much their friendship means to him and both guys end up tearing up!


As much as we love this show - they seem to have a hard time getting their story straight. Welcome to MsMojo and today we're counting down our picks for the Top 10 Friends Plot Inconsistencies We Can't Unsee.

For this list, we’re looking at parts of the “Friends” narrative that just don’t add up.


Phoebe is easily the most mysterious member of the “Friends” gang, with information being revealed about her throughout the series that no one could have seen coming. One of the things that isn’t consistent though is whether Phoebe can actually speak a second language. In a season eight episode, Phoebe meets one of Monica’s new cooks. Monica calls him a “sous chef” and Phoebe clearly at a loss as to what that means. Two seasons later though, she spends an entire episode teaching Joey how to speak French and appears to be totally fluent. J’accuse, Phoebe!


In a season six episode titled, "The One Where Chandler Can't Cry", the friends realize that no matter what they do, they can’t make Chandler cry. The entire plot of this story revolves around the fact that Mr. Bing never sheds a tear. It’s a funny concept, but real fans of the show remember several earlier instances where Chandler did in fact cry. The most notable is in the episode where Ross is trying to decide who his best man is. He gives Joey and Chandler an emotional speech about how much their friendship means to him and both guys start tearing up.


The nature of the locks on the door of Monica’s apartment seem to change liberally throughout the series. In a season one episode, the gang is memorably locked out of the apartment while cooking Thanksgiving dinner. In this plotline, the door seems to lock automatically but if that were the case, how does everyone come and go so easily all the time? In season ten in another Thanksgiving episode, Monica and Chandler lock everyone out of their apartment to make a point but Rachel digs up an old key that can unlock the door. The thing is, the locks on the apartment were changed in season 8, after Rachel moved out.

#7: The Curious Case of Ben


After Ross’ son Ben is born at the end of the show’s first season, he remains a fixture in the gang’s lives for several seasons. In the later seasons though, Ben’s appearances diminish and eventually he seems to just completely disappears. He’s notably missing from Ross’ wedding to Emily, which admittedly was on another continent, but his grandparents surely could have taken him. His final episode is mid-way through season eight- which leaves over two seasons with no Ben sightings at all. Sadly we never once see him meet his little sister Emma.

#6: The Number of Tribbiani Sisters


We know that Joey comes from a large family with an abundance of sisters, but there seems to be a disconnect between how many he actually has. In a memorable episode from the third season, Chandler gets drunk and hooks up with one of Joey’s sisters- but can’t remember which one. In that episode, there are seven daughters in the Tribbiani family. In season one however, Joey talks about his mother giving birth to seven children. Seems even he can’t remember how many siblings he has! To be fair though, we could also chalk this one up to Joey’s poor addition skills.


In the earliest episodes of the show, Monica lives in apartment number 5 of their building while Joey and Chandler live in apartment 4. As soon as season two however, the number on the door of Monica’s place changes to 20 while the guys’ apartment becomes 19. The reason behind this, according to some sources, is that the show creators realized that based on the floor they lived on, it would be unrealistic for the numbers to be so low. Their decision to change them however… arguably just confused things even more.


In season seven, Melissa, an old friend of Rachel’s, comes to visit and Rachel claims that the two kissed once back in college. Phoebe refuses to believe her, assuming Rachel is way too much of a prude to kiss a girl. The thing is though, Rachel already has kissed a girl. After Monica and Rachel lose their apartment to the guys in season four, they’re willing to do anything to get it back. The only thing that eventually persuades them is when they offer to kiss for one minute and let the boys watch. Considering Phoebe was sitting in the background of this scene, it seems implausible that she wouldn’t believe Rachel later on.


In the first episode of the show, Rachel shows up at Central Perk in her bridal gown after running out on her own wedding. Monica introduces her to the rest of the gang, including Chandler, and they greet one another like strangers. Later in the show however, it’s revealed that Rachel and Chandler have actually already met on more than one occasion. In "The One with All the Thanksgivings", we see a flashback to Chandler coming to the Geller’s for Thanksgiving a couple of years in a row. He and Rachel have several interactions, including one that we don’t think he’d forget.


When Ross and Rachel fly to Las Vegas together, they engage in an escalating prank battle that quickly gets out of hand. When Rachel falls asleep on the plane, Ross draws all over her face with permanent marker. After she finally notices it, she realizes that try as she might, there’s nothing she can do to get it off. As a compromise, Ross lets her draw on his face as well. The two get drunk that night and end up tying the knot. The next morning however, the markings are magically gone, though mere hours before it had been impossible to remove.

Joey’s Understanding of an Adam’s Apple


The most wide-ranging flaw in the “Friends” narrative is the fact that people’s ages and birthdays seem totally random and unfixed. Throughout the series, several characters give different dates for their birthdays and for three entire seasons, Ross claims to be 29 years old despite the seasons changing and time clearly passing. In the season seven episode "The One Where They All Turn Thirty", we see flashbacks to everyone else’s birthdays when Rachel (allegedly the youngest of the bunch) celebrates hers. Earlier though, it is said that Joey is actually the youngest. There seems to be no rhyme or reason to the logic behind this one!