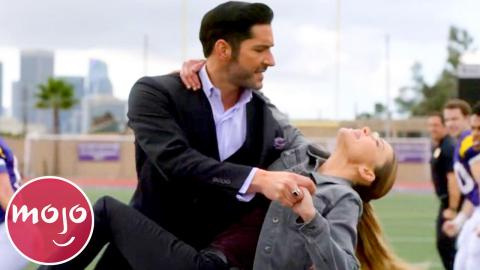 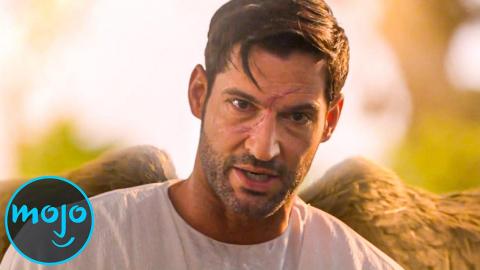 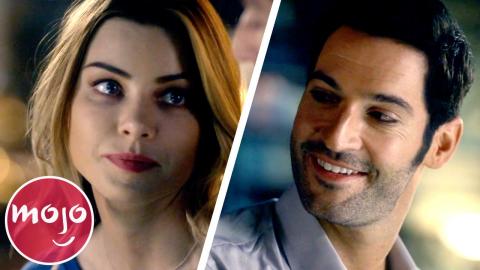 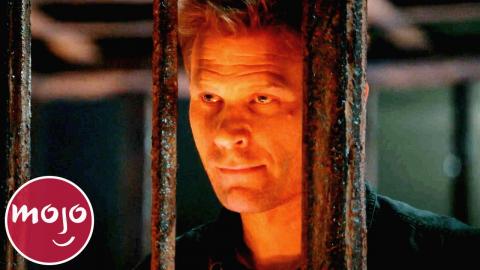 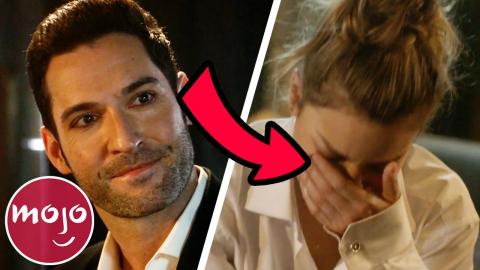 Unscripted Lucifer Moments That Were Kept in the Show 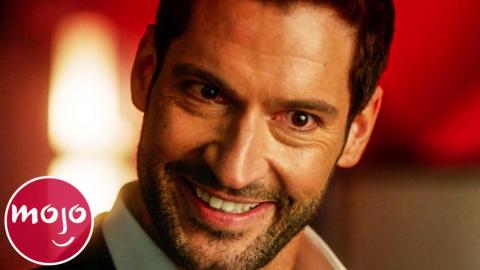 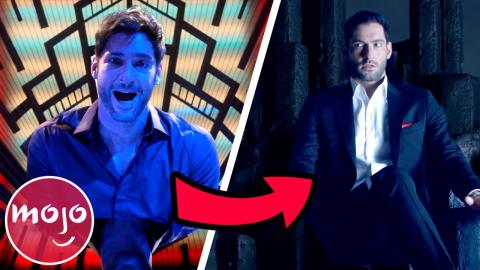 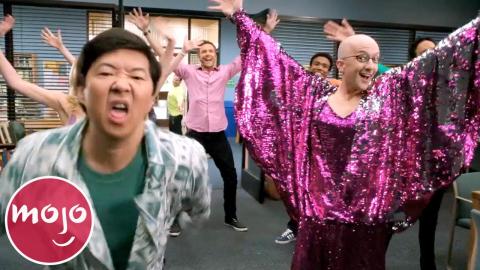 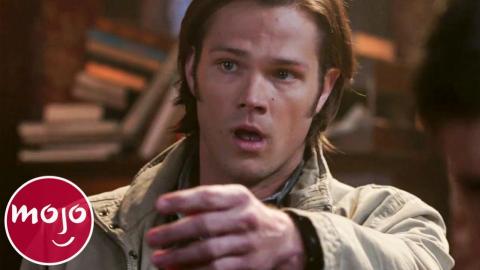 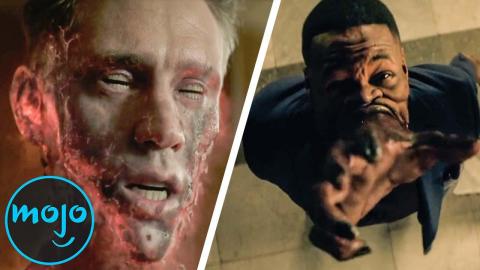 Top 10 Darkest Moments in The Sandman 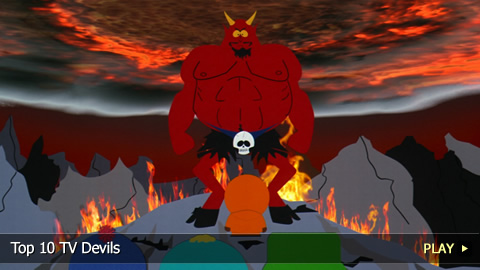 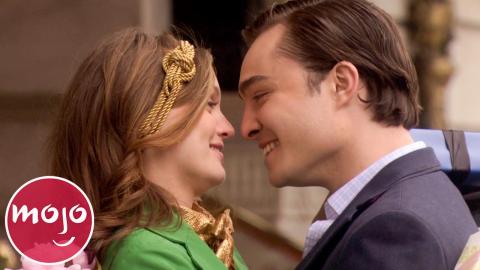 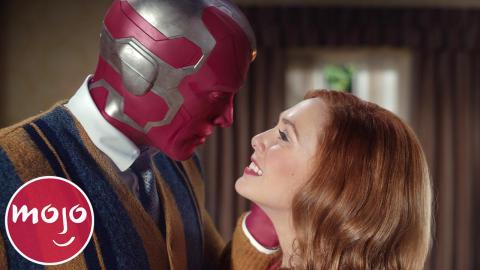 VOICE OVER: Emily Brayton WRITTEN BY: Saim Cheeda
When did "Lucifer" become one of the best musicals on TV? For this list, we'll be looking at the times where this urban fantasy series entertained us with song and dance. Our countdown includes Lucifer sings “Creep," Lucifer & Chloe play “Heart and Soul,” Lucifer wins back Chloe's friendship, and more!
Transcript ∧


Welcome to MsMojo, and today we’re counting down our picks for the Top 10 Musical Moments on “Lucifer.”

For this list, we’ll be looking at the times where this urban fantasy series entertained us with song and dance. These include solos, duets, and moments where characters belt out impressive performances.

Which “Lucifer” jam is your favorite? Let us know in the comments.


Ella deals with a series of emotional problems after her previous boyfriend turns out to be a killer. While she considers herself to be the reason for everything wrong in her life, Maze breaks into song in her claim that being bad is a good thing. The general aesthetic adds to the tone, as God’s presence causes everything around them to resemble a musical. It’s an overall racy number that sees both ladies make their cases with several backup dancers. Although Ella’s argument is different from Maze’s, the two end up falling in sync when the dance number heats up. It’s interesting to see how two songs can be mashed together to tell one story.


The devil himself becomes friends with a priest, with the two bonding over their love for playing the piano. Unfortunately, Father Frank is killed before Lucifer’s eyes, who’s saddened because his inability to go to Heaven means they will never meet again. Knowing Lucifer is hurting after such a loss, Chloe pays him a visit at his place. When she’s still unable to get Lucifer out of his doldrums, Chloe decides to play “Heart and Soul” on the piano. Despite her clear lack of expertise, Chloe’s choice of an innocent melody about the power of love does the trick. Lucifer gradually comes around to the idea and the two end up playing a duet that rounds off a touching moment in their friendship.


When pop singer Axara’s life is under threat, Lucifer opts to place her under quarantine at his residence. Not one to hide, Axara decides to head down to Lux and put on a show for the club. Despite Lucifer’s arguments for her to head back upstairs, Axara breaks into song as a show of rebelliousness. Lucifer plays along to keep up the charade that no one is in danger and joins Axara to complete the song as a duet. Their voices work so well together that the initial competitiveness between the pair turns into an actual performance. It goes to show that both Lucifer and Axara have an undying flair for showmanship and that they’re survivors in their own way.

#7: Lucifer Sings “All Along the Watchtower” During a Montage
“Everything's Coming Up Lucifer”


The series frequently uses music as a way to convey what the characters are feeling. In this montage, Lucifer plays a ballad whose themes include mysteries of life such as faith, at a time when all of the main cast members are going through their own crises. We watch as everyone contemplates over what’s troubling them, such as Chloe’s fears that Lucifer might really be the devil, Amenadiel losing his powers, and Maze relying on Linda as her emotional crutch. Lucifer’s rendition sets the mood up for something brewing up behind the scenes, as the song evokes a foreboding sense of apprehension. Fittingly, his mother, Goddess, shows up just when Lucifer ends his performance to validate the song’s message.


Lucifer spends the majority of the fourth season undergoing issues with his self-identity, getting trapped in his devil form at one point. After Chloe helps Lucifer forgive himself for his past sins, he’s overwhelmed with happiness to be back to normal. This manifests with Lucifer going about his day as if he were in a romantic comedy, openly breaking into dance wherever he goes. His angelic powers seem to have an infectious effect on those around him, with even the police precinct becoming one big musical number. It’s a great contrast to the otherwise morbid tone of the fourth season and there’s nothing quite like watching a happy devil dance his troubles away.


God returns in the fifth season so he can make up with Lucifer, who isn’t too keen on ending his millennia of resentment. Facing issues with Chloe and God’s inability to understand his sadness, Lucifer breaks into a heartbreaking rendition of “I Dreamed a Dream” from “Les Misérables.” It’s amazing how well the musical’s actual lyrics allude to Lucifer’s inner pain, as he conveys whatever’s been troubling him to his father. God himself joins in to try and reach out to Lucifer as a way to empathize with him. The moment is the culmination of what was brewing over the past five years, with Lucifer finally getting to confront his issues. Plus, who would’ve ever thought we’d see God and the Devil in a melancholic duet?


The majority of songs in the musical-themed episode tie into the plot, but this one is there just for its heartwarming quality. Linda and Charlie are shown taking a stroll on a normal day, which transitions into a song about the love parents have for their children. Everyone in the park engages in this musical show of affection, and Amenadiel’s freestyle rapping brings a funny spin on things. Overall, the song signifies just how much baby Charlie’s enriched the lives of Amenadiel and Linda. Since God’s spell hasn't affected Amenadiel because he’s an angel, it means he’s singing straight from the heart.


In the second season, Lucifer skips town thinking his attraction to Chloe was part of God’s manipulations. Upon returning, Lucifer helps Chloe catch the suspect in her latest case, using a musical performance to also win back her friendship. Initiating an impromptu concert, Lucifer delivers a sentimental rendition of “Eternal Flame” blended with his brand of charm and charisma. With actor Tom Ellis’s voice perfect for a song with such a deep message, it’s easy to see why it’s such a crowd-pleaser. The best thing about it is how it connects with Chloe, who’s gradually captured by the meaning behind Lucifer’s gesture and ultimately forgives him. Ever the crafty devil, Lucifer also manages to capture the suspect by the end of the performance.


The finale of Season 3 sees Chloe witnessing Lucifer’s true form, which causes her to flee to Europe to deal with this reality. Left feeling rejected, Lucifer spends the next month mourning at Lux and this song shows how it went. Lucifer’s madness and depression are captured over the course of this performance, as he deals with Chloe’s departure by trying to sing his sadness away. There’s a mix of other emotions in his voice, as some measure of anger, regret, and frustration can be heard to convey Lucifer’s distraught state. We’re also shown how Lucifer views himself, with lyrics capturing his self-loathing that alludes to what the season is all about.

Maze Sings “Wonderwall” for Eve, “Save Lucifer”
We Finally See Maze Be Vulnerable for Love

Lucifer Pays Tribute to Frank Sinatra with “My Way,” “Once Upon a Time”
Just Call Him the Blue-Eyed Devil

Lucifer Sings “Sinner Man,” “Favorite Son”
This Represents the Sins That Are Taking Place at the Same Time

Lilith & Lucifer’s Duet, “It Never Ends Well for the Chicken”
What Did We Do to Deserve This Cosmic Team-Up?

Dan’s Musical About His Fear of Hell, “Bloody Celestial Karaoke Jam”
At Least He Has a Good Attitude About It


A grand performance of “Another One Bites the Dust” begins the musical festivities, leaving even Lucifer shocked over what’s happening. The characters are called in to investigate a death at a football field when things start to go off the rails. With no clue of what’s happening, we watch with Lucifer as everyone breaks out in a wonderfully choreographed dance number. It speaks volumes of just how irresistible God’s dancing spell is when the dead victim himself joins in too. When Lucifer also decides to go with the flow, the entire field gets in sync to forget the crime scene. There’s probably no better proof of the show’s whimsical nature than this one. And it’s a reminder that the show always has a surprise up its sleeve.
Comments ∧